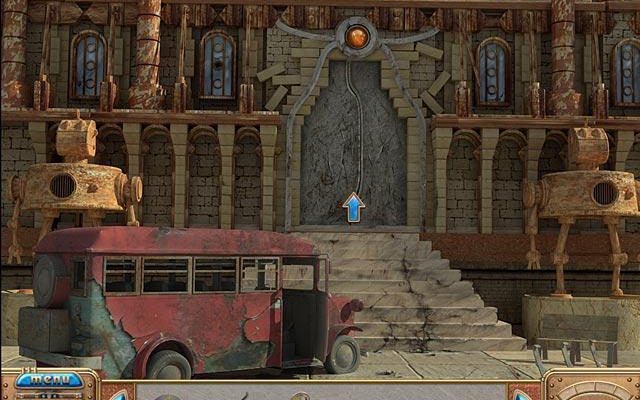 CrossWorlds: The Flying City will have you rejoin the real world just to stop playing.

CrossWorlds: The Flying City is, at its best, your standard combination of hidden object and puzzle gameplay. At its worst, however, it is a game with muddy graphics, a horrible hint system, a very shallow and downright head-scratching story and an altogether far too difficult experience for what you get out of the game in return.

CrossWorlds: The Flying City follows Monika, a young woman with a scientist for a father. Her father creates a teleporter and uses it to head off on an adventure. Things go horribly wrong, as you’d expect, and your father is lost in another dimension. You must travel through the teleporter yourself to try and rescue him from the Flying City, but the story throughout your journey (and ultimately the ending of the game) makes little to no sense. 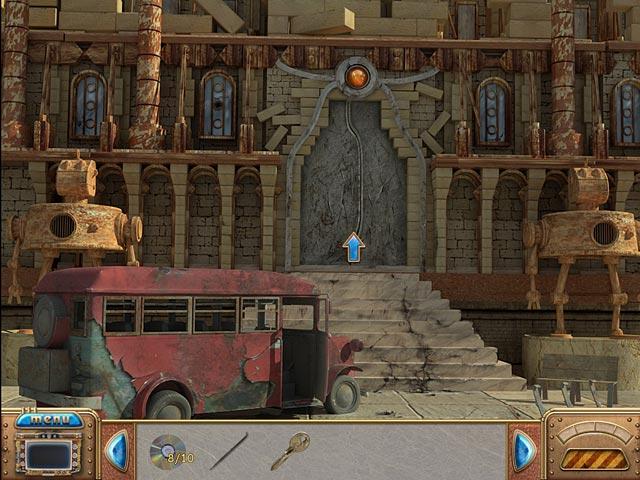 Gameplay here is fairly standard. You’ll travel from location to location completing numerous (too numerous) hidden object scenes (find items on a list), which each scene containing a single object that you’ll need to use elsewhere in the world. You’ll travel through three different dimensions (Robot World, River World, and the Flying City), that each contain just a handful of scenes, meaning that you’ll spend the vast majority of your time backtracking from one location to another, repeating the same hidden object scenes, albeit with a few different items hidden in different locations.

There are a few (emphasis on “few”) puzzles to complete along the way, in the form of jigsaw puzzles or tile-rotation puzzles. With so many hidden object scenes to complete, you’ll be happy to see these puzzles when they arrive, as they break up the monotony.

Technically, the game is far more difficult, and therefore lengthy, than it really should be. The graphics throughout the entire game are nothing to write home about, but the hidden object scenes in particular suffer from downright ugly graphics. It’s difficult to tell what you’re looking at amidst the chaos of items stacked two and three deep, and you’ll likely have to resort to using a hint to find many items. Unfortunately, the hint recharge meter starts from zero in every scene, and takes far too long to recharge, only adding to the frustration.

In addition, the gameplay is far from linear, due to the aforementioned backtracking. While backtracking definitely isn’t unheard of in this genre, most other titles include a hint system if you get stuck. Not so here, as you are forced to sometimes make your way back through the entire portion of your current world just to find a sparkling area signifying a new hidden object scene. There is no rhyme or reason for most of their locations, so it’s almost entirely unintuitive as to where you need to go next in these instances.

To add insult to injury, the story, as we said, makes little sense. Why you first travel to Robot World and River World before ever reaching the Flying City is never explained, and the Flying City portion of the game is the shortest of the three. In the few clues that you are given, you’ll learn that your father has apparently been a naughty boy on his travels, but whether or not his actions were his own (or that of some sort of a possessor) isn’t revealed.

The game ends with a cliff-hanger, as a creature resembling the devil screams at you for your actions in freeing a monster (weren’t we just trying to free our father?) who will now destroy every dimension in existence if you don’t stop him. This screams of a sequel, of course, but with gameplay as disappointing as this, and a story that is so off-the-wall, I’d personally be fine seeing the series end with this.

Ultimately, CrossWorlds: The Flying City is one to avoid. While there is some satisfaction to be had from deducing your next move with little help from the game itself, the frustration that can accompany this is too much to bare. If there were ever a game to try before you buy, this would be it.