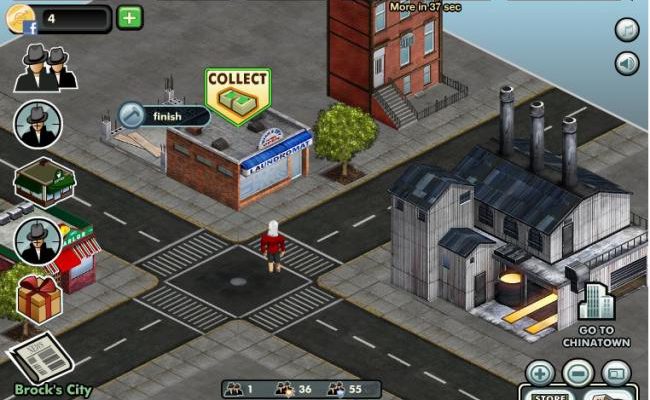 There is nothing better than getting your hands a little dirty when someone needs a leg breaking. Whoops, was I supposed to say that out loud? Crime City lets players “take care of business” the old fashioned way; one mugging at a time.

Players start out as a rising star in the criminal world and complete missions from the standard muggings and protection rackets to killing stool pigeons and intimidating witnesses. Unlike games like Mafia Wars where missions are done through a more passive interface of button clicking, Crime City puts the gun in the player’s hands and makes them pull the trigger.

For example, if players are tasked with killing a person, then players walk up to them, pull out a gun and start shooting and the same goes for baseball bats and knives. The games doesn’t have any bloodshed, but the actions are there. 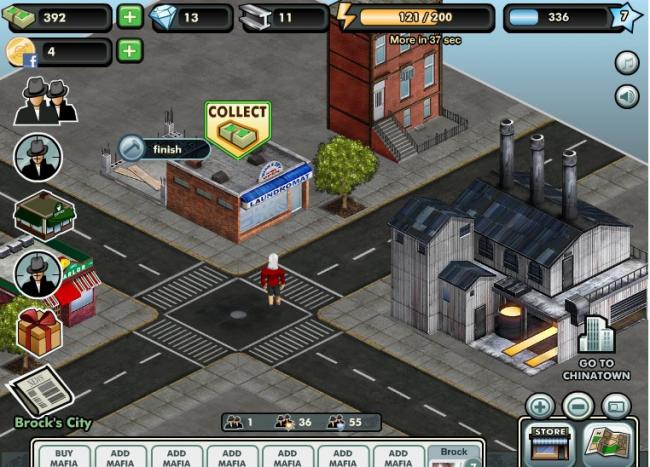 Each zone such as Chinatown, Canal Street, etc. have a variety of jobs that can be done. Many of these jobs can be done more than once including hits since the victim dies and is resurrected a second later without so much as a hint of malice for the man or women that just killed them. Apparently, no one holds grudges in Crime City.

The second aspect of the game is city building. Players have “hoods,” which act as their base of operations and they can purchase businesses to populate the block, which make money. Players can also decorate their neighborhoods with the usual decorations like shrubs and benches and build large factories such as steel mills to earn construction materials for building. 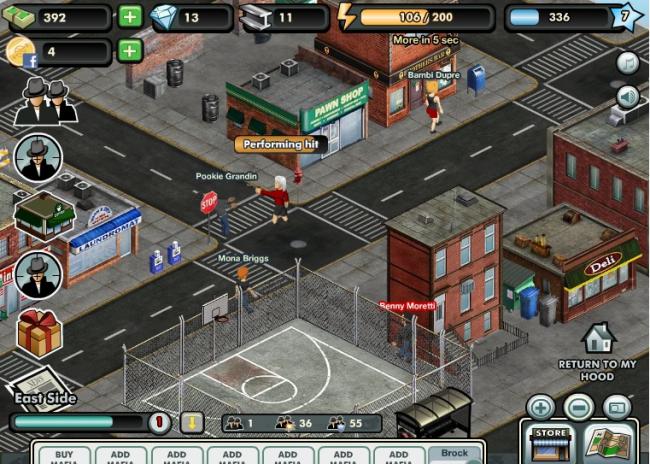 Occasionally, a certain level of respect is required to complete missions and buy items. Respect is gained by defeating other rivals in player versus player combat and by robbing their buildings.

Items also may require diamonds in addition to money. Diamonds are gained by completing missions. Players can also buy special items using Facebook points. The graphics are adequate, but not jaw dropping and thet flow of the game is steady. The game is also not bogged down by heavy load times.

Crime City never losses its pace because players are constantly doing something new and playing out the actions. It’s not just a matter of spending energy and clicking a button, but going out and seeking the job and then actually doing it. Also, if you get bored playing missions, then you can go and fight other players or purchase a few new items for your neighborhood.

My biggest pet peeve is there are too many limitations on everything from mission requirements to purchasing an item. Many items not only require money, but also diamonds , a specified level and a specific amount of respect.. You spend most of your time and energy chasing after those items instead of continuing the game storyline. 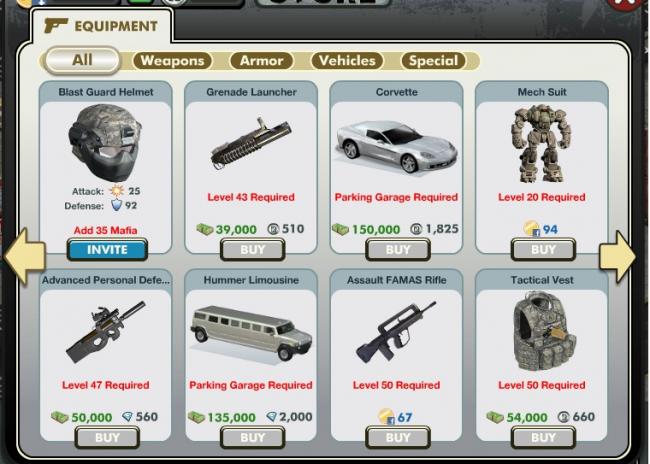 There are quite a few mafia and crime games out there and Crime City seems to take a note from Grand Theft Auto instead of Mafia Wars. With its interactive gameplay and interesting meld of RPG and city builder, it has a chance at making the competition sleep with the fishes.