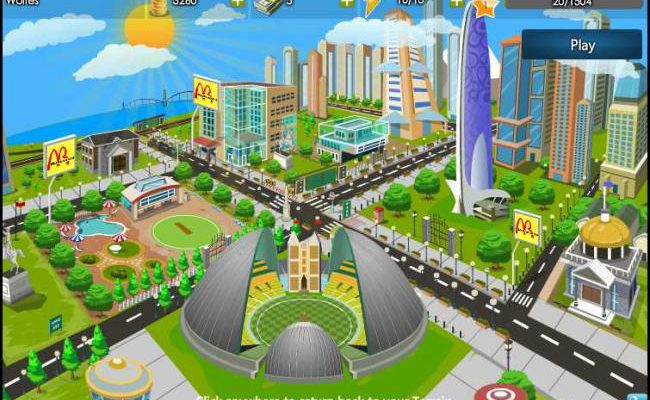 Take a swing at social cricket

Indian developer Zapak has launched its newest endeavor into social games with the release of CricVille on Facebook. A sports management game with moderate active play, the app is all about running a successful cricket franchise. Nevertheless, it’s a design that is strikingly familiar. Looking beyond the “Ville” tag popularized by Zynga, its core play and even aesthetic have been seen almost verbatim in soccer/football apps of the past.

CricVille squanders little time getting players into the swing of things. Given little more than a dusty pile of land, your sole goal is to start up a cricket team and turn the space into a profitable stadium and franchise. Guided by a brief tutorial that walks you through the highlights of the game, it’s easier than it might sound. That said, everything has to be prefaced by the statement that this feels like a game for cricket fans only. 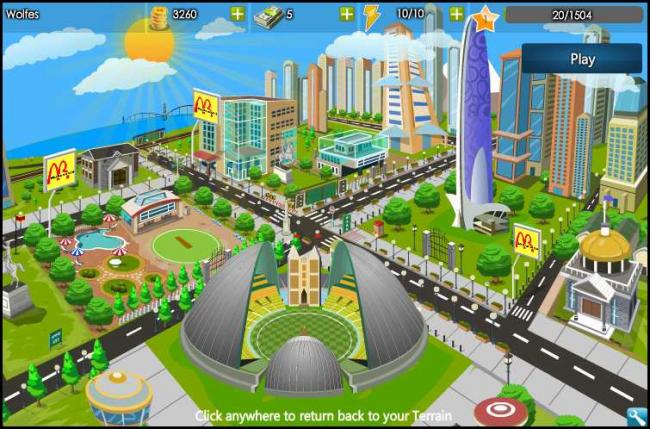 Let’s face it, cricket is not a globally well-known sport as far as the rules go. While Zapak does a decent job of explaining the core of the game play, it does zilch in actually explaining cricket itself. As such, if your not already familiar with the sport, you’ll have no idea what is happening in the game’s actively controlled matches.

Unlike most sports management titles on Facebook, you actually do get a small bit of control over the games. When the bowler tosses the ball, you are able to aim and time a swing then attempt to score as many runs as possible. That said, it all feels very vague and unfamiliar to anyone that’s never followed the sport. Nevertheless, it’s not terribly exciting and gets confoundedly annoying when the ball is tossed at your avatar constantly in an unhittable manner. CricVille does try to spice things up slightly with a trio of scantily clad cheerleaders gyrating at every opportunity (such as an out), but since it’s always the same scene, even that becomes dull.

Outside the matches, the game is more traditional. You can recruit players and manage team colors, train players passively over time, and even hire sponsors to grant periodic income. The former two add to increased team stats that affect overall performance in games while the latter helps in improving the managed space itself. This in turn helps in earning more revenue every time a match is played (i.e. better stadium seating equals more patrons). 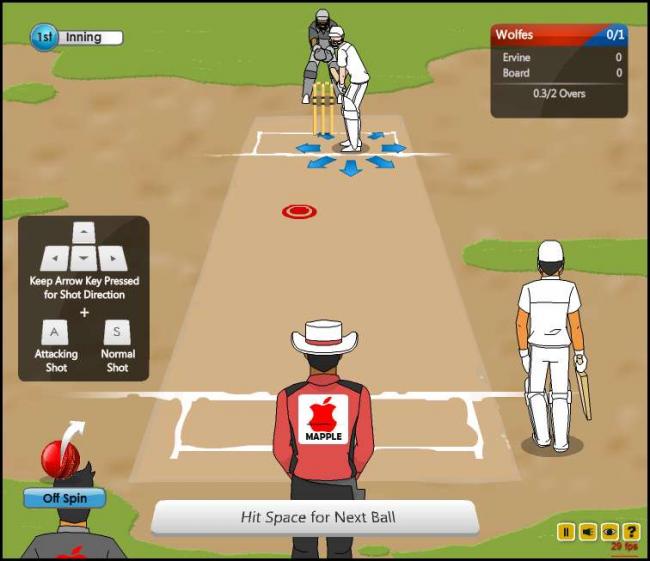 What’s unfortunate about this design is that everything has been done before almost verbatim with several soccer-oriented themes of the past. Sponsors, training, recruiting coaches, and improving a stadium were all concepts done in older games like Bola or newer titles like Top Eleven. Even the layout of different management buildings are in the same relative areas of Bola and its successive iterations from other studios.

Socially, CricVille is fairly strong with the ability to challenge friends and strangers to matches. It’s not synchronous play, but instead it sort of challenges one’s managerial abilities. The players on the opposing team all play automatically, but their effectiveness is determined by their overall statistics. Of course, any chance to squash your friends is always a perk.

Overall though, CricVille feels very average as far as sports themed Facebook games go. It doesn’t do anything technically wrong, but its management design not only plays similarly to past soccer-oriented games but even looks the same. It does help fill the cricket void on the platform, but CricVille still feels like it needs a bit more polish and something more significantly unique than it’s simplistic cricket batting mechanic.