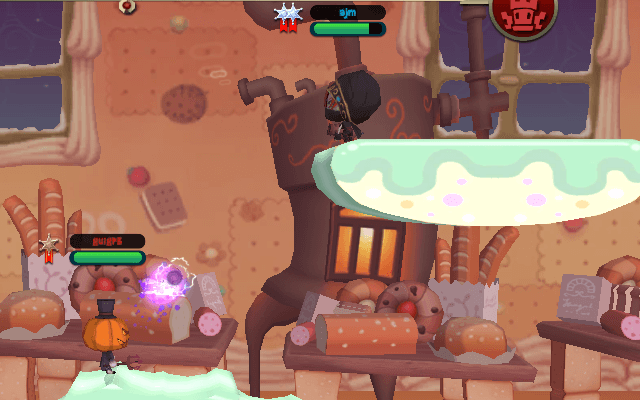 American McGee is best known as the man behind the Alice games, dark re-imaginings of the Alice in Wonderland lore which offered a macabre twist on the well-known tale. McGee and his studio Spicy Horse Games are again mining the world of fairy tales for their latest game, Crazy Fairies, but this time around they’re taking a much more lighthearted approach to the source material.

Rather than hone in on a single children’s classic, the game instead lets you choose a cartoony caricature of staples like the Pied Piper and even Death himself, and then duke it out with other fairy tale folk in turn-based arena battles. The game shares many similarities with Team17’s Worms franchise, slapping an enchanted skin on the classic, familiar gameplay.

One thing Crazy Fairiesdoes very differently, however, is multiplayer. Available online at sites like Kongregate, Armor Games and Spicy Horse — with an Android version out now and an iOS one on the way — the game allows users on any platform to connect and battle. The experience is seamless, making it easy to quickly jump into a game via match-making, or create your own room for others to join, regardless of their device. 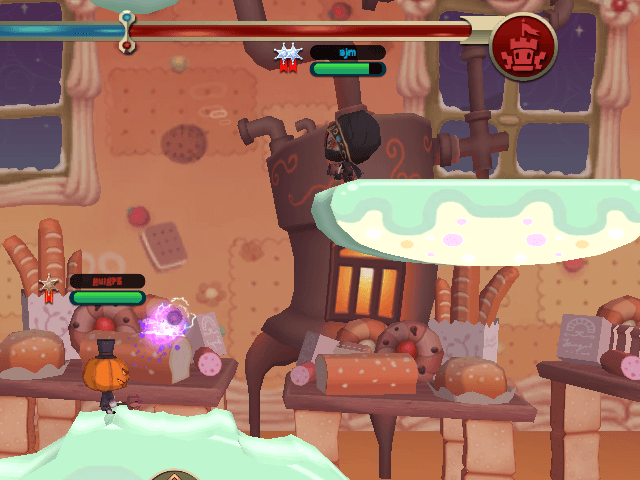 Battles take place in isolated arenas in 2.5D environments, meaning everything is rendered in 3D, but viewed from a 2D angle. You can battle other players in duels or team matches, or work together to take on monsters and boss battles. When attacking, you have a limited amount of time to move and adjust your trajectory, and if you don’t act fast enough, your turn is skipped. This helps keep matches chugging along briskly, requiring you to think on your feet and act fast. When firing, you have to time the release of your shot in correspondence with a power meter that quickly fills over time, allowing you to fire off anything from a simple line-drive to a tall, arching shot that comes crashing down on enemies from above.

Using a diverse range of shots is crucial to victory, as you’ll be weaving them in and out of crevices, arcing them over valleys or carving out your own path by turning your aim on the destructible environment. Platforms can be destroyed and trenches created by a few well-placed shots, allowing for some simple terraforming tactics that can protect you and your team or help expose opponents. Health is slowly regenerated over time, and health power-ups can be picked up or hit for an extra boost. The game will continue until every member of one team is defeated, with all members of the surviving team declared victorious, regardless of whether or not they lasted the whole length of the battle.

In-between matches, there is a fair level of customization to delve into. You gain experience battle to battle, and will periodically level up for a rise in stats. But the trinkets and goodies awarded after victory offer up even deeper personalization. There’s gold and silver coins to spend, items to equip, abilities to set and weapons to upgrade. A total of 10 weapons can be acquired, each of which can be strengthened and imbued with various enhancements to increase their power. There are 5 physical weapons and 5 magical weapons, ranging from lightning-infused hammers to axes and magical swords. You can have two weapons equipped at once, allowing you to switch up your strategy turn to turn. Certain characters are more susceptible or resistant to different attacks (i.e., magic is less effective against the Death character), so it’s a good idea to have one of each weapon type on hand so you can adjust your tactics accordingly. 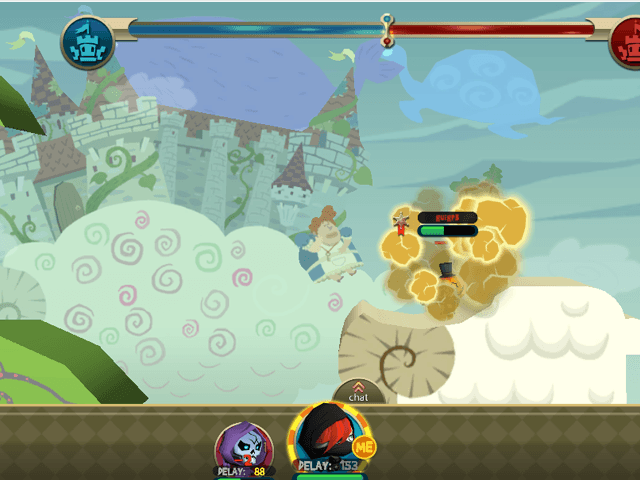 Cards are what undoubtedly add the most strategic depth to the game. While the base gameplay is fun, it is rather simplistic, so the card-based skill system helps to remedy the risk of monotony. Upon victory, you are awarded spoils, and many times these spoils include unique cards that allow you to do things like fire attacks through surfaces, freeze enemies or take two shots in a row. Cards must be set prior to battle, with 5 slots available. To use them, you simply select the card’s icon on your turn, but the timer’s clicking, so you’ll want to decide which one to use before your turn begins. Cards can easily turn the tide of battle, as it is not uncommon to see a two-on one match go to the underdog thanks to some well-timed usage of cards. They can be used to isolate enemies from one another, blind opponents field of vision, increase attack power or nullify damage taken upon the next hit. There are many to find, and more to buy between matches from the dedicated card shop. If you go the latter route, though, you’ll need some coinage, either virtual or real.

Crazy Fairies is a free game, but offers various bundles of virtual currency for varying real-world prices. Coins can be earned over time within the game, but not very quickly, allowing less patient players the opportunity to fork over cash to get to the good stuff. This runs the risk of creating a “pay-to-win” atmosphere, but the game tries to set you up with opponents within or near your current experience level. Still, low-level-yet-overpowered players can come through, those who lack experience points but paid for the best leveled up gear and weaponry.

If you do choose to purchase items in the game, you have two venues in which to do so. You can either go for the base prices on standard goods in the shop, or hit up the marketplace to peruse offerings posted by players. There is some really powerful gear to be found on the marketplace, but again, you’ll likely have to fork over real cash to get it. Still, the market does serve as a way to pay less for more standard gear, as it is common to have many duplicate items, and the best way to clean up your inventory is to post them online for a reduced price. Before you can do any of this, though, you need to create an account with the game. The whole process of signing up and logging in is relatively painless, and the simple interface makes navigating the game’s many menus a breeze. 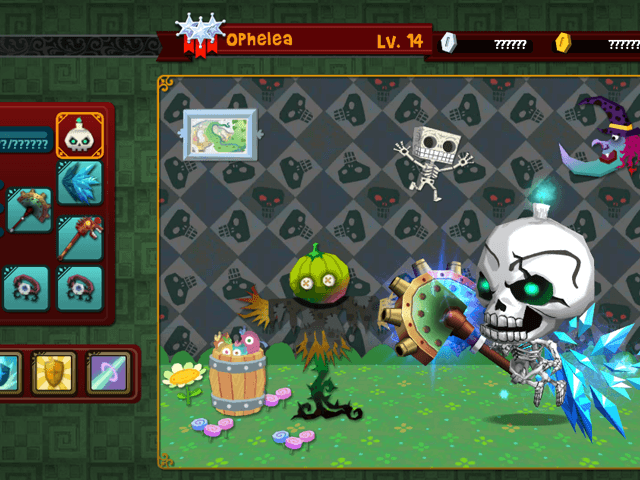 The presentation is very well done, with excellent orchestral music befitting the whimsical tones of the fairy tales the game represents. The graphics are equally as charming, with a colorful, cartoony look to characters and heavily detailed environments that ooze personality. Layered backgrounds and parallax scrolling are found throughout, and while the foreground isn’t much to look at, the 2D art that makes up the rest of the levels is quite easy on the eyes.

The core gameplay of Crazy Fairiesisn’t anything new, but the game offers its own twists on familiar mechanics, implementing quests, a decent level of customization and skills, and a seamless multiplayer experience available across various devices. The in-app purchases can create some unfair advantages for more spendthrift players, but as a whole, the game does a good job of balancing the matches and keeping things copasetic. This is partly thanks to the card-based skill system that allows for some advanced tactics capable of creating unlikely victors. Add in the top-notch production, excellent music, charming visuals and free price tag, and you have little reason to ignore this more casual offering from Spicy Horse. Just don’t expect to see any blood-filled beheadings.