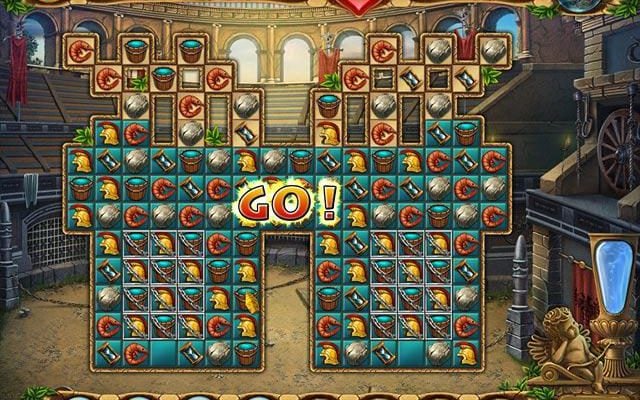 Cradle of Rome 2 is the sequel to the immensely popular and addictive Cradle of Rome match-3 game. Fans of the series will be happy to know that now much has changed between the two games, so if you were looking for some new Cradle to Rome action look no further. There’s a downside to this however, the game is so similar you may wonder what’s been changed at all.

The sequel plays out exactly the same as the first game, with you clearing levels by matching items to gather resources in order to build buildings in the great city of Rome. The resources are the same, the way you build the buildings is the same, the story line is kinda the same, even the icons one the screen are mostly the same. The game definitely had no problem reusing art assets here. 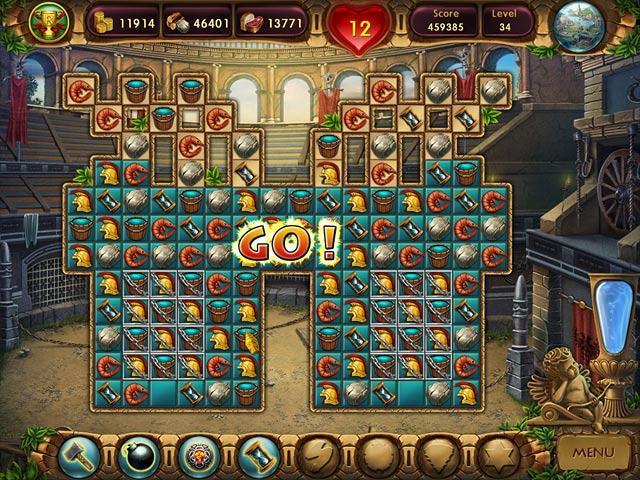 There are some new things however, so while it largely feels like a retread there are some additions. There are two new game modes called Tourney and Blitz to give you some different ways to play. I would’ve been much happier had they not been locked when I started up the game, since modes like that kinda feel like I should be able to access them from the get-go.

There are 100 levels all told covering 5 different epochs (chapters). You’ll play the usual match-3 style where your switching adjacent icons around to create groups of 3 or more, and which point you’ll score, they’ll be removed and more will fall into their place. The scoring is interesting as you don’t really care about raw points here, when you clear money that goes into your money pile, same for food and building resources.

So while you’re trying to clear enough tiles to beat each level you’ll also need to his certain thresholds in reserves in order to build up the next building. This is interesting because it gives you incentive to clear out areas of the board that don’t need to be in order to gather the resources you need. Buildings once constructed will give you bonuses to take advantage of while playing so there’s a definite good reason to get them made. 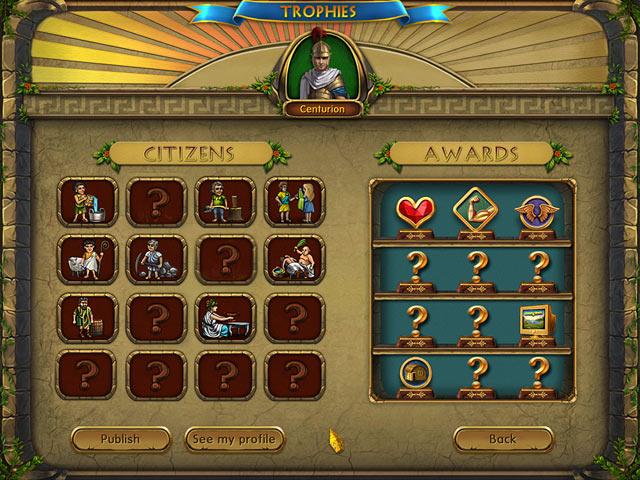 Outside of that Cradle of Rome 2 is the same addicting match-3 game we’ve seen over and over. I don’t say that as a negative since this formula is compelling to play, it’s just worth noting they don’t do much new here to stand out. You need to clear certain tiles and sometimes you’ll have to deal with locked or blocked tiles. Along the way you’ll pick up power ups to help you clear our difficult tiles as well. It’ll all be super familiar to those of us that have played match-3 games in the past few years.

While it definitely lives in familiar territory, it’s hard to blame Cradle of Rome 2 for sticking close to what made it popular. Sure, they could’ve deviated from the formula but being different just for the sake of being different isn’t good enough. Cradle of Rome 2 offers up the same addicting gameplay we grew to love with the first game, and just gives us more of that to enjoy here.