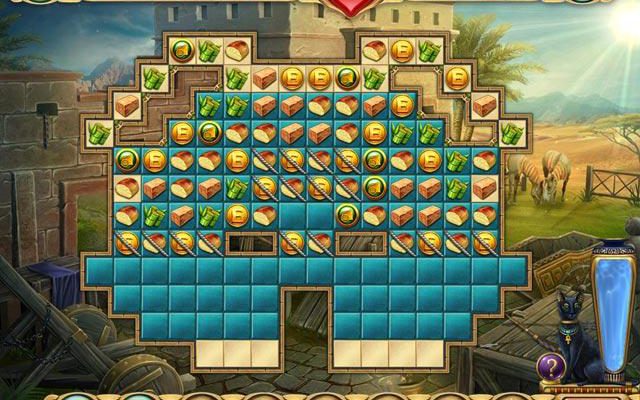 Cradle of Egypt offers nothing new, but draws us in all the same

Oh match-3 games, how can you be so addicting even though you all basically play the same way? It seems no matter how many of them I play I just keep getting sucked in over and over. Cradle of Egypt is really no different; in fact it’s very much the same, actually. But in spite of it really just retreading familiar territory (or maybe because of it), I found myself once again sinking more than a few hours into the game.

In the typical match-3 format (Bejeweled, anyone?), you’ll be dragging different icons around on a grid to line up three or more similar items to clear them away to score points and let new items fall into their squares. The interesting thing about Cradle of Egypt (and the other games in Awem’s Cradle series) is that you’re not really concerned about raw points. Rather, the different items you clear as you’re matching-3 become your resources to buy the buildings to evolve your civilization and unlock content to progress through the game. So, for instance, clearing coins earns you money that can then be used to buy plans for new structures. 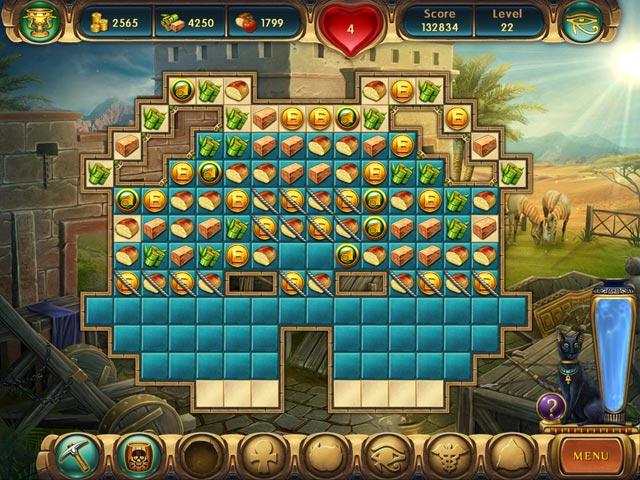 So while you’re trying to clear enough tiles to beat each level you’ll also need to hit certain thresholds in reserves in order to build up the next building. This is interesting because it gives you incentive to clear out areas of the board that don’t need to be in order to gather the resources you need. Buildings once constructed will give you bonuses to take advantage of while playing, so there’s definitely a strong motivation to get them made.

You’ll proceed to generate resources to build up your civilization over the course of 100 different levels separated into 5 different epochs of time. The layouts of the boards generally get harder as time goes on, and you can play either relaxed or timed in case you feel like tweaking the difficulty a little further. All pretty standard stuff.

In addition to that main adventure mode there’s also a Tournament mode and a Blitz mode, though once again they are locked from the outset and must be unlocked by acquiring enough points or by completing the game. I really think it’s kind of unfair to lock that away from the player, but at this point in these games it’s just standard operating procedure.

My biggest issue with Cradle of Egypt is that it’s essentially a carbon copy of Cradle of Rome. From gameplay right down to the layout of the menus and graphics. It’s like they opened up the program and just did a Find/Replace exchanging all mentions of Rome for stuff that is Egypt-related. So, for example, we get Egyptian coins to match up instead of Roman ones. 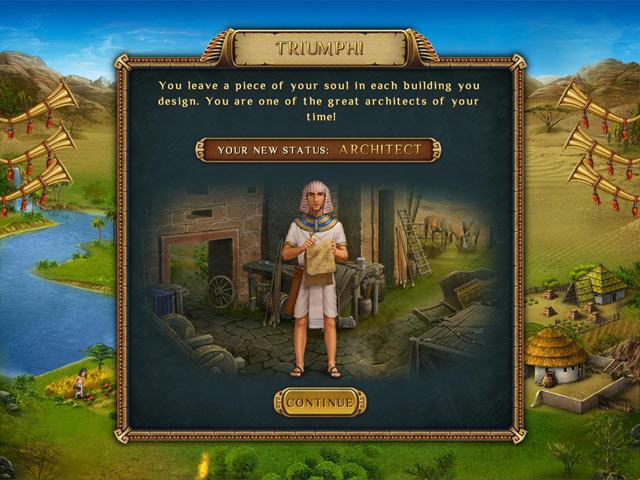 The match-3 gameplay remains unchanged from the previous Cradle games. Same power-ups, same obstacles, similar layouts. The only things that are different are the backgrounds and the items your clearing. In fact looking at the games side by side you’d have to do some looking back and forth before being able to tell they come from different games.

This is actually one of the hardest times I’ve had assigning a score to a game. I think how you feel about the game will entirely rely on the expectations you bring into the game. Like I said earlier it’s pretty much exactly like the earlier Cradle of Rome games, so if you’re expecting something different at all, then you’ll likely walk away disappointed. But if you’ve never played them or just want more of the same, then you’ll enjoy your time with Cradle of Egypt.