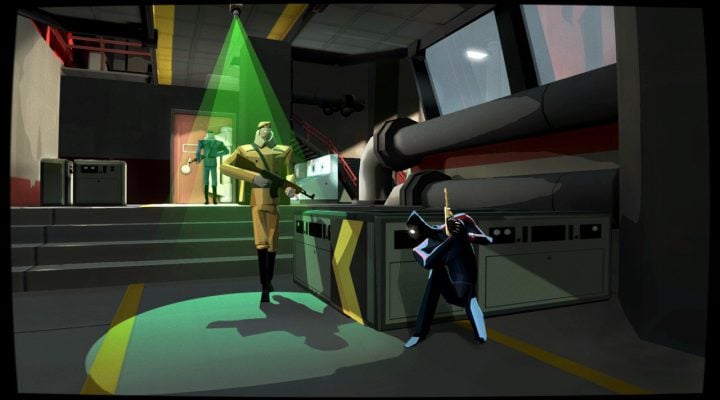 The ideas here are really quite solid, combining familiar elements in a way that feels original.

The art is absolutely astounding.

Limited level design, a lack of variety in the scenarios crush this game in the long-term.

CounterSpy is a game that’s intriguing for many reasons. One, it literally just came out on PlayStation 3, 4, and Vita, so we have a game that can be played on a traditional gaming system that can also be played on a phone or tablet, with few compromises. Two, it looks absolutely amazing. Unfortunately, not all the content is there in the mobile version, but neither is all the price ($4.99 versus $14.99). But where CounterSpy takes a lot of common elements together to make for a unique mix, it doesn’t quite do enough with its concept to be as great as it could be.

CounterSpy is, to dump a truckload of hyphenated jargon on it, a roguelike-inspired stealth-focused 2D action-platformer. To make sense of that, the core of the game itself is about making it through enemy bases, collecting intel to unlock the final mission. 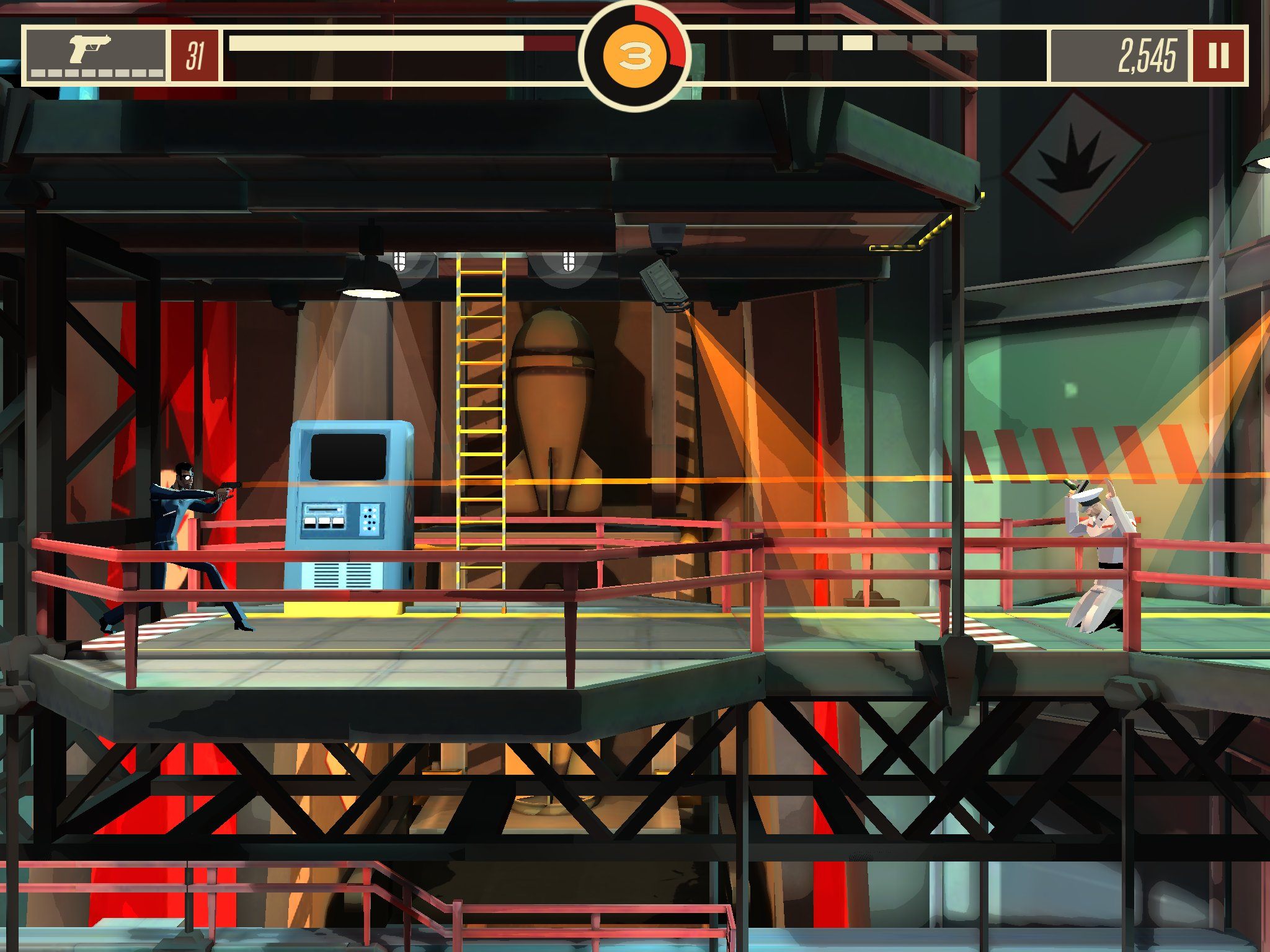 Doing so silently is key, because enemies can deal out damage much more efficiently than the player is able to, so using stealth kills, and taking advantage of quiet weapons to not arouse other enemies’ suspicion is important to survival. But this is also because the game is ruled by a Defcon meter: when the player is detected by cameras, has enemies radio in, or dies, then the Defcon meter increases. When it goes past Defcon 1, then, well, getting to the end of the level before the countdown runs out would be best, lest game over strike.

The roguelike inspiration comes in not just that levels are randomly-generated, but with the structure. There’s no grand campaign, there’s just a scenario that players can go through again and again to try and get high scores, with three different difficulties to play through. The later difficulties can be a bit more challenging, but that’s why the persistent upgrades come in handy: by collecting items found through the levels, new weapons and formulas can be unlocked, the latter doing things like lowering Defcon levels, and making the player stealthier. The weapons have to be re-bought for use in each campaign, but become purchasable by unlocking them. 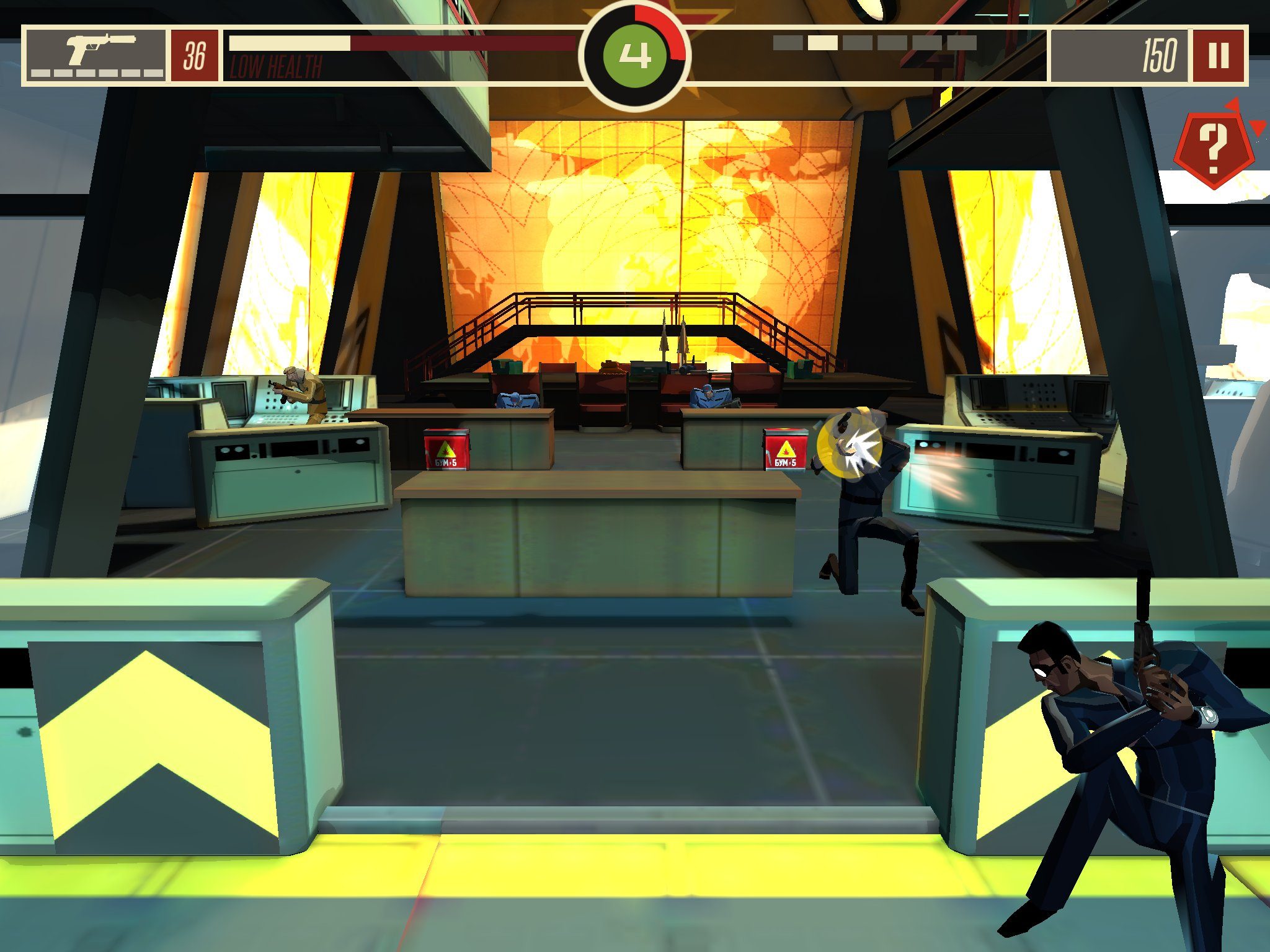 The game does have a platformer influence because it’s a 2D game, and hiding can include just dropping to a lower height. Stealth is hard to do effectively in two dimensions, and there’s a limited number of options to hide and take out threats without alerting others.

And don’t even think about playing non-violently: wiping out everyone is pretty much the way to go. I’d love more ways to hide, and to have looking around be a more common feature: it’s hard to plan to avoid enemies without being able to see where everyone is. As well, while the game resembles Metroidvanias with its minimap and level structures including hidden nooks and crannies, it doesn’t go far enough. Levels are mostly straightforward, with one path forward, just maybe an extra door or two to take.

As a game adapted from a console title, the controls are a bit convoluted, but mostly work well. There’s a little bit of confusion in doing things like jumping from one side to another, or trying to go up a ladder near a cover point. Firing weapons in a frantic situation is challenging because it requires tapping-and-holding with one thumb, then tapping with another to fire.

Of course, the game is kind of designed against mayhem, but it’s also the most efficient strategy, to try and kill everyone. Just don’t be too loud while doing so. Stealth games are fun because they encourage options, but CounterSpy lacks them. 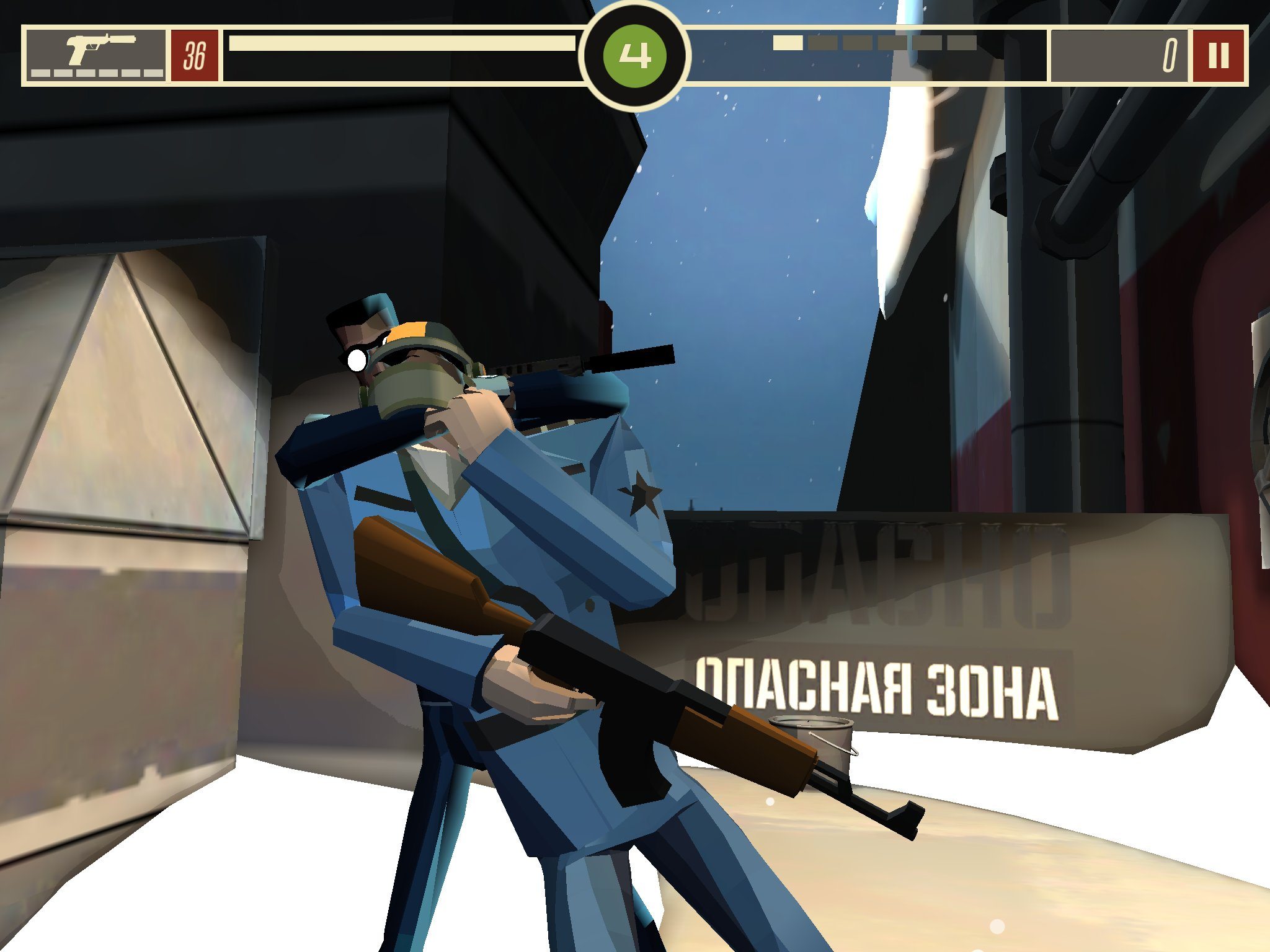 Really, that’s the shame here with CounterSpy. It’s a really cool idea: I like the persistent elements along with the sort of disposability – and I mean that in a good way – of the roguelike experience that helps make it so replayability. But the action lacks much variety. The scenario’s a bit too repetitive, even at higher difficulty levels.

The controls work a lot better than they should, but it’s still something that makes me wish I was playing this on my Vita instead – and I admit that I’m tempted to do so. It’s not just that it’s possible to sync unlocks between the systems, but that there’s also apparently a second campaign, spying against the US, that isn’t in the mobile version. Perhaps it’s an enticement to get the PlayStation version? But why not have it as IAP? I’d pay $4.99 more for the full game. 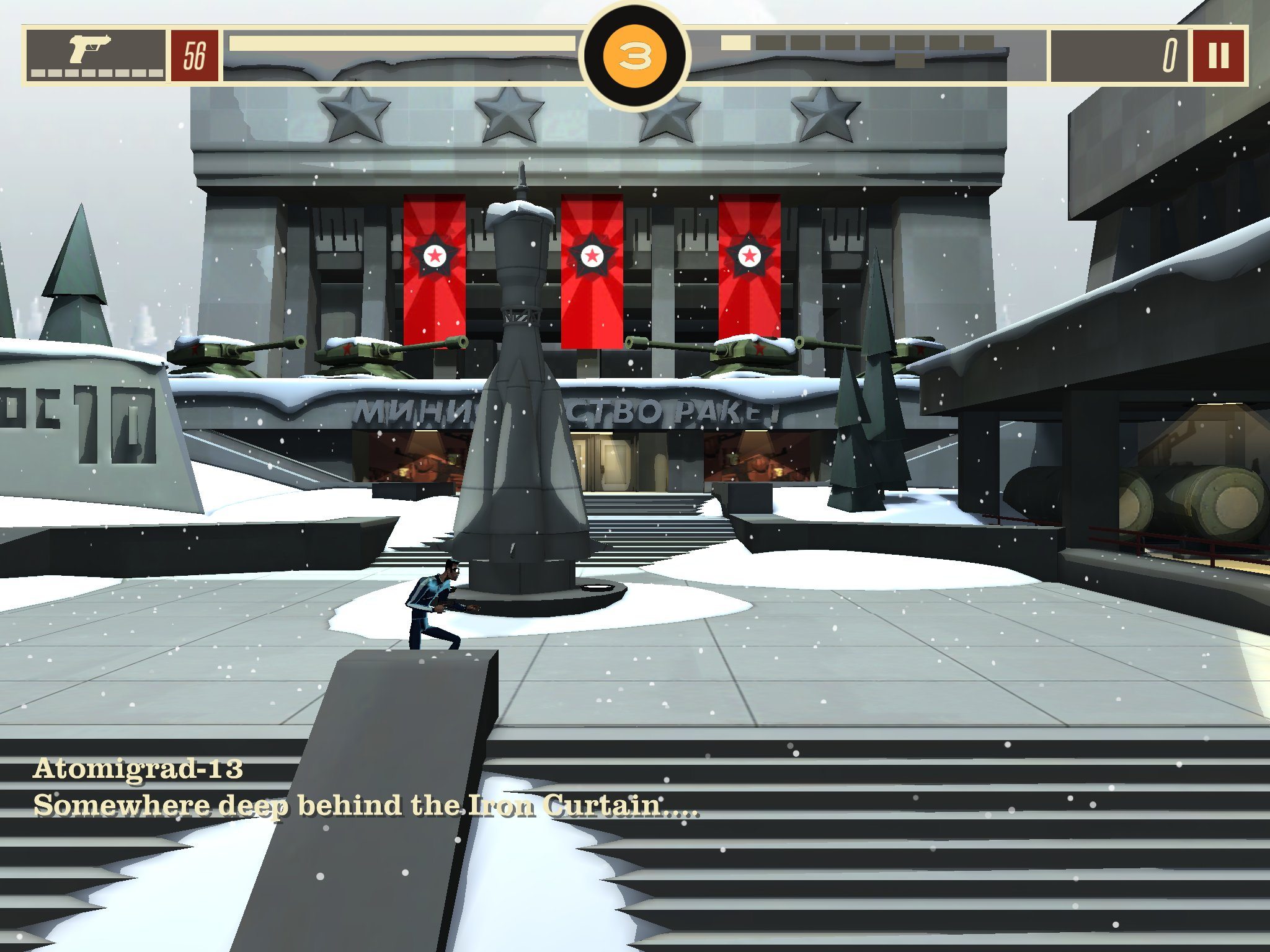 As such, CounterSpy is quite the interesting – and ambitious – game for mobile, and I’m excited to see a console game release in a similar form on mobile, only weeks after the console one comes out! But it’s hard to not be left wanting by CounterSpy.