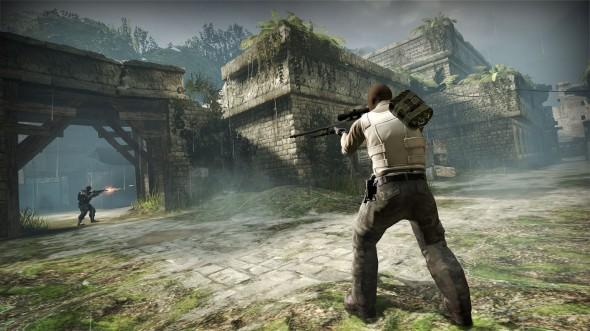 The most fun you’ll ever have getting destroyed at a game.

The first version of Counter-Strike was released over 13 years ago. A fan-made mod for Half-Life, neither Valve nor the creators themselves had any clue the kind of juggernaut they had on their hands. Today, it remains one of the most popular online shooters on the market. Counter-Strike: Global Offensive is the latest in a series of revamps, and while it’s home to much of the same content as previous iterations, it’s got some pretty nifty bells and whistles affixed, too.

If you ignore the right content, it’s possible to play CS:GO just as you would Source. The lion’s share of previous modes, weapons, and levels are available, but for old fans looking to see the game in a new way – or for those who have never played Counter-Strike – there’s a couple of new modes and a handful of extra levels to poke around in.

Adding on to and altering the Counter-Strike formula isn’t unheard of. The game has seen a lot of change throughout the years, and that’s a big part of what’s kept it afloat. But with the inclusion of two main modes that deviate quite a bit from the original game, CS:GO has delivered some of the biggest official – as in, not from users – changes the game has seen in a long time.

Arms Race stands out the most of these two modes, featuring fast respawns and a structure that encourages players to work less as a team and more as an independent agent. Every kill you make awards you a new weapon, and winning requires you to kill someone with every single one. I was ready to be offended by its very existence, but I found myself firing it up between other modes as a sort of palate cleanser. It’s a lot of fun, despite the extremely limited level variety.

The second new mode, Demolition, feels a tad more like quintessential Counter-Strike. Players engage in the classic scenario of trying to diffuse or plant a bomb, and managing to kill others in the process results in new weapons. Unlike Arms Race, these weapons decline in quality as you go. If you play well, you’ll eventually be the sole guy on the premises rocking a basic pistol while everyone else has AK-47s in tow.

Now, don’t let these new modes trick you into thinking Valve has thrown diehard fans to the wayside. Much of what remains in CS:GO is what was available in Source, including the classic hostage and bomb scenarios. And true to its roots, dying puts you out of commission until the start of the next round. As any Counter-Strike fan will happily tell you, this dynamic makes for an FPS that oftentimes demands cooperation from teammates – at least if they want to win. It’s cold and calculated, and just as fun as it ever was. 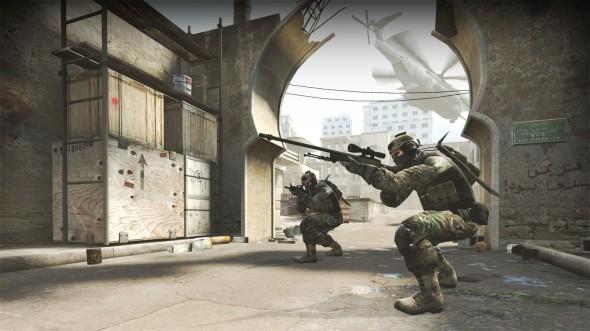 “Even if you’re following your team’s lead and doing your best, chances are you’ll die. A lot. Series veterans are out in full force, and not even playing in “Casual” mode will keep you safe. If you find yourself frustrated with how much you’re dying, I recommend toying around in the Arms Race mode for a bit. You’ll die just as much, quite likely, but you won’t have to wait as long to respawn.

The controls, one of the most beloved aspects of Counter-Strike, are just as good here as they’ve ever been. On the PC version, that is – I can’t speak to the console versions. I was sure I’d have to spend some time in the tutorial mode before I had the hang of things, but it only took me a regular match or two before I felt I had it under control. Even for someone who doesn’t play a lot of FPS games on PC (I know, I know, what’s wrong with me?), re-learning the ropes was a painless experience. Furthermore, aiming and movement felt near-perfect, to the point where I had nothing to blame other than myself when I missed an easy shot or died.

It’s been years since I’ve played Counter-Strike – a fact I was reminded of with every death – but it took very little time for me to feel at home with CS:GO. The visual tweaks and new modes are welcome additions, and Valve has pulled off a rare feat by creating a game that’s both inviting to newcomers and wholly respectful to the original fanbase. And with plenty of user-made (i.e. mods) content surely on the way, I have a feeling the Counter-Strike name will remain as sterling as ever in the years ahead.