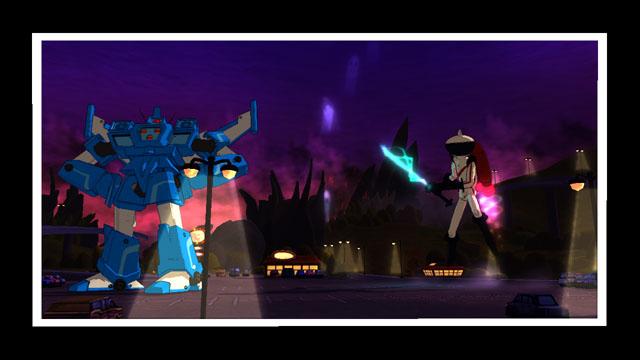 Costume Quest is an inspired Halloween-themed RPG that is ill at ease on the PC.

Costume Quest is a fairly traditional action RPG freshened up almost entirely by its concept. In Costume Quest, you play one of two twins who go out trick-or-treating one Halloween night. Once out, they encounter a race of candy-stealing goblins commanded by an evil witch, one of whom mistakes one of the twins’ for a giant piece of candy thanks to a candy corn costume. The other twin (the one you control) vows to rescue the missing sibling by amassing a vast collection of Halloween costumes and teaming up with other kids.

The most purely delightful aspect of Costume Quest is its conceit that costumes can confer magical powers on the kids when they do battle with the candy-stealing monsters. In battle sequences, a robot costume clearly made of cardboard and market triggers a magnificent transformation into a thousand-ton missile-bearing engine of destruction. The game features ten different costumes, each one built around a different RPG archetype. Your starting robot is all about damaging enemies while later costumes like the Knight or Statue of Liberty might be defenders or healers.

You can also use your costumes’ magic powers while exploring the in-game map areas, which basically act as dungeons. You can use the Space Warrior’s light-up sword to pass through dark areas or use the robot’s rocket rollerskates to leap off ramps. This creates some Legend of Zelda-style puzzle solving, but the puzzles are always very simple and obvious. While Costume Quest doesn’t seem to be a game designed primarily with young players in mind, it definitely seems to be balanced to be kid-friendly.

Turn-based combat in Costume Quest is extremely simple and incorporates some action elements. When attacking, you must hit a certain key (or keys) at the right times in order to do maximum damage to enemies. When defending, you must hit a key at the right time to evade part or all of the damage done by enemies. There’s no real negative consequence to losing a fight, so you can retry battles over and over again until you manage to win. In addition to the innate abilities of your costumes, you can add customizing “battle stamps” to them to add additional abilities or enhancements. 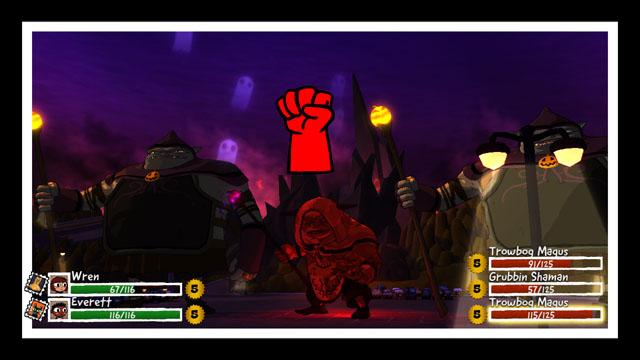 Costume Quest originally debuted last year on consoles. The PC version feels like the quick port that it is, not like anything optimized for the platform. While you can play Costume Quest with keyboard controls, they feel awkward at best. The key prompts for the battle sequences don’t look all that different. Getting you character to align correctly with objects while exploring dungeons is tedious. Costume Quest has a lot to recommend it as a light RPG jaunt, but players with the option to pick it up for consoles may want to do so.