Home / Reviews / Cosmonautica Review: Trouble on the Port Side

Cosmonautica Review: Trouble on the Port Side 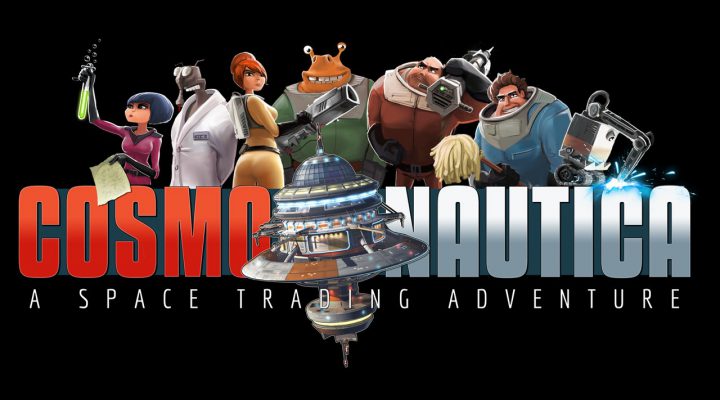 Still in Early Access, so there's the potential for many fixes.

A wobbly port, at best.

Space combat is slow, and camera could use better controls.

No real tutorials or early-game guidance.

Before even getting into what I thought of Cosmonautica, I’m pointing out that the game was launched onto mobile in an “Early Access” release. This means that Chasing Carrots purposefully released an unfinished game in the hopes that people will play Cosmonautica and tell them how to make the game better.

With that in mind, if you’re reading this far into the future (hello to the future!) bear in mind that what’s discussed in this review may not be reflective of the final product, as things are bound to be patched up.

With Cosmonautica, I wanted the Han Solo experience: piloting a space ship with a cool crew of creatures, making some credits from buying and selling items, making more credits from buying and selling illegal items, and of course, doing my best to avoid being vaporized by pissed off rivals. While Cosmonautica delivered all of those aspects of space-faring in one way or another, I ultimately realized that Han Solo’s career was probably not nearly as exciting as what we saw in Star Wars.

Instead, Cosmonautica showed me just how mundane being a space trader/smuggler could be. From playing the economy to the space battles themselves, there is little true excitement to be had in the game. Players will read from menus 90% of the time, and the 10% of the time they’re engaged in a battle, they will simply watch the battling ships lazily slug around in space, occasionally tapping a button to fire off weapons.

So as long as you go into Cosmonautica expecting a numbers game, rather than a space action game, you won’t be too disappointed. Speaking of expectations, don’t expect the game to guide you through how to play, other than vague directions. In a game full of menus, being told to complete tasks without any real guidance during my first time in the game is a bit off-putting and intimidating. Clearly tutorials were not a priority in the development of Cosmonautica.

If Cosmonautica were an Angry Birds knock-off, or an endless runner, or any other very common mobile game type, I’d be okay without a fleshed-out tutorial. But because Cosmonautica is a pretty unique game, I’d have greatly appreciated a bit of hand-holding, just to get me through the basics.

Granted, I was able to eventually figure everything out by tapping on and reading everything — but that took a long time, and I was looking into stuff that I didn’t need to be worrying about so early on in the game. Even so, I still fell into some issues — not the least of which was my lack of awareness that I needed to buy ammo for my weapons.

My first space battle was a quick engagement, to say the least.

On top of the lack of guidance, a myriad of issues from spelling errors, remnants of the PC version (which launched way back in September of last year and is still in Early Access), a consistently low-framerate, menus that would not close, and clumsy camera controls served to spoil any fun I would have had (if I found the game that much fun to play to begin with.)

Overall, it would be hard to recommend the mobile version of Cosmonautica to anyone but absolute lovers of space trading games. There is great potential here, but Chasing Carrots has a lot of work to do before I’d feel comfortable giving it a proper endorsement.