Cooped Up Review: One Strange Bird 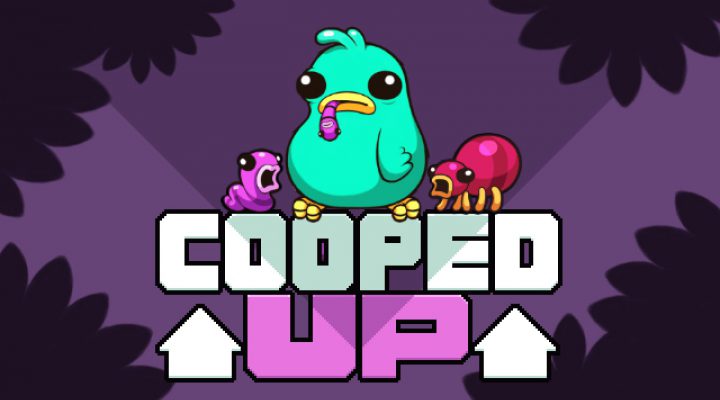 Finding enough finger-room to pull back on a perch can occasionally be a problem.

Nitrome cooks up some of the most colorful games currently available on mobile platforms. So it’s kind of weird to describe its latest game, Cooped Up, as “dark.”

Mind, Cooped Up is still a joyful collision of color. There are purple, blues, and pinks everywhere, and you play as a vivid green bird. But the game’s riotous plumage only makes it more obvious that you’re fighting for your life against some pretty disturbed foes.

See, Cooped Up’s birdie protagonist is a new inductee to a bird sanctuary. And given the mad behavior and appearance of the other denizens of the coop (who’ve seemingly plucked themselves bald out of boredom and / or stress), there is no escape. 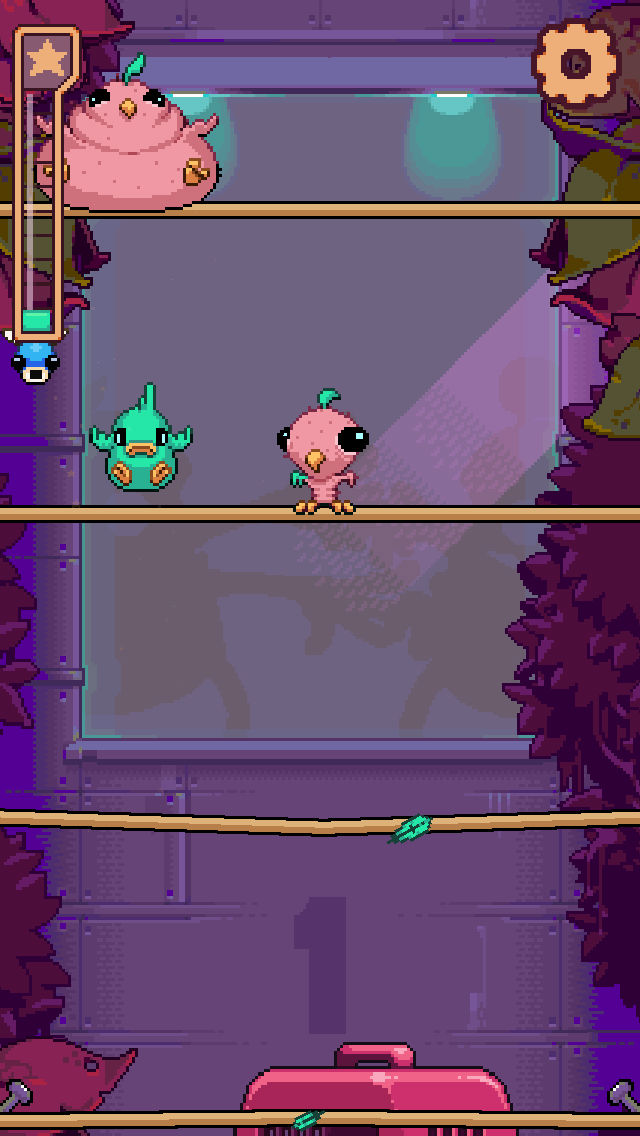 Indeed, there is only survival. You must slingshot birdie up and up and up by pulling back on the elastic perches that mark each floor. But nearly every perch is occupied by one of the countless other birds in the sanctuary, and they’re not keen on being nice to the new fish. One bump from them will knock you off your perch and end your game.

Watching and waiting for a perfect shot isn’t exactly an option, either. A swarm of seemingly ravenous birds slowly creeps up from below and will nip your tail feathers if you don’t get a move-on.

There’s a host of different birds in Cooped Up, and each one has a unique tactic for making your life miserable. Fat birds take up much of a perch, and will inch towards you if you come too close. Smaller birds may shuffle towards you if you invade their territory, or dive-bomb you. Worst of all are the half-blind, fully-mad birds that will relentlessly chase you until you manage to push them off-screen.

Like many of Nitrome’s simple single-goal games, Cooped Up has its own unique character and atmosphere (even though that atmosphere is, as I stated earlier, pretty creepy). It also has some minor control issues, which admittedly isn’t something that pops up often in Nitrome’s games.

As you might expect from a slingshot game, you need to pull back your bird’s perch quite far in order to give it enough momentum to go sailing. However, this can prove pretty difficult when your bird is located at the edge of the screen, thus making it hard for you to pull back far enough to fire at an angle — which is pretty much your only option when a certain fat lard of a bird roosts right above your head like a plucked tom turkey.

Thankfully, you can pull back from any point on the screen, and a little practice and foresight can help get you out of these tight squeezes. Still, instinct can be a loud mistress. It’d be nice if Nitrome gave us the option of playing the game with a horizontal orientation. 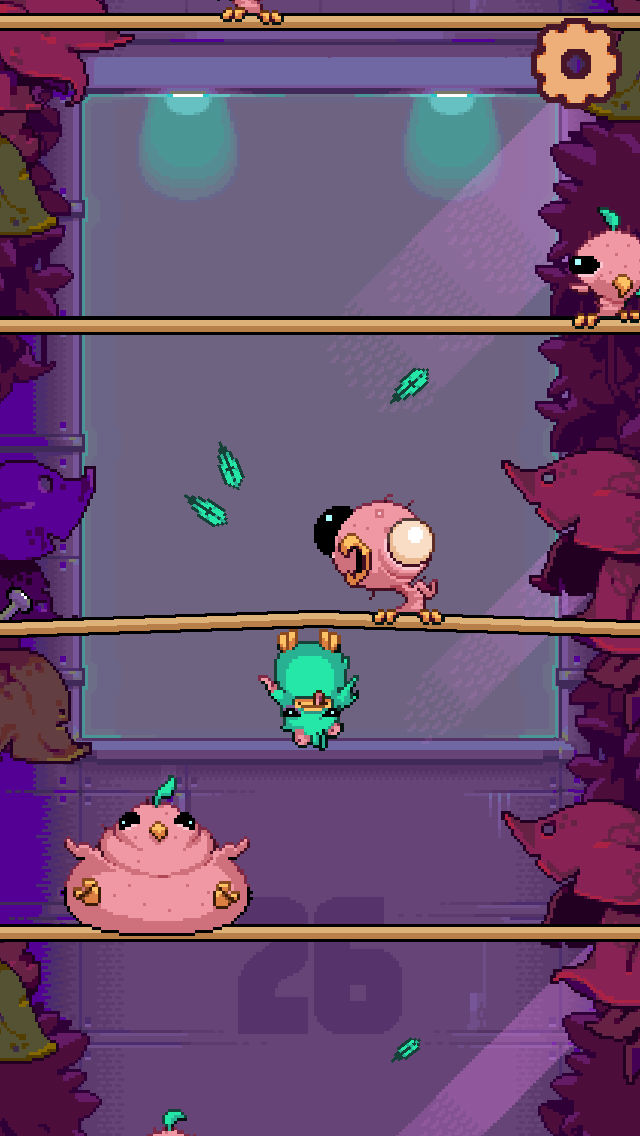 More power-ups would be nice, too. As it stands, eating enough bugs makes you invincible and flings you upwards for a bit. It’s cool, but so are options.

Cooped Up is simple, addictive, weird, and kind of creepy for all its bright colors and well-animated fowl. Regardless of how many endless climbing games you’ve played, you’ve probably never experienced one quite like this. Go on and help this poor bird out — not that it’ll do him any good. He’ll be assimilated into the flock of madness regardless of what you do.