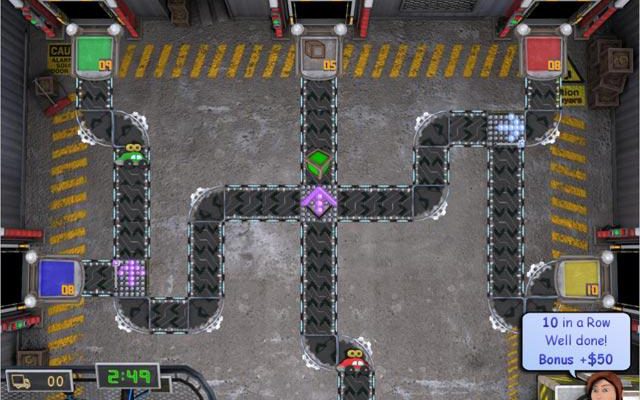 Test your hand-eye coordination in this puzzle game that involves controlling conveyor belts to deliver merchandise.

Some of the most beloved video games are the ones with timeless gameplay that’s addictive, and easy to figure out. Mainstays like Minesweeper or Tetris are great examples, and have really provided the paradigm for similar titles that have followed. Conveyor Chaos is one of those games that are smart enough to take cues from the classics.

In Conveyor Chaos, you play a recent graduate who’s having a tough time landing a job—until her uncle hires her to oversee merchandise distribution. And by “oversee merchandise distribution,” he means operating a whole lotta conveyor belts. Your goal is to successfully direct the products—which range from toys to sports equipment to food to clothing—to the appropriate shipping truck. You’ll also need to keep the items’ colors in mind. 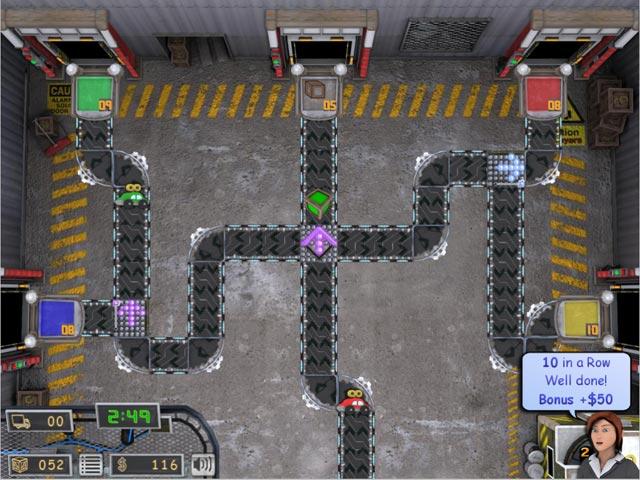 Gameplay is very intuitive, but in case you need some guidance, our helpful little heroine’s stationed in the bottom right-corner of the screen, and she’ll tell you what to do. Basically, you must throw switches to change the direction of the various conveyor belts. You’ll get full selling price for your items if you dump ’em in the right bin. The bins are coordinated by color, item type, or both. So, if you successfully direct a teddy bear to a toy truck, or a blue crate to a truck that carries blue stuff, you’ll make a tidy profit. Roll in enough dough to beat the level. If you don’t meet the minimum, you must start over.

The game’s brilliance lies in its simplicity. You’ll get hooked, and the challenge advances quickly, so it’s unlikely you’ll lose interest. The catchy, ambient music is a good backdrop that really puts you in “the zone.”

And while the basic premise is simple, the game offers some complexity to keep things interesting. You can use some of the money you accrue throughout the levels to purchase more merchandise to distribute. For example, you can buy tennis racquets, which then start appearing on the conveyor belts during gameplay, and sell at higher prices. You’ll unlock more types of merch as you progress through the game. Also, be on the lookout for fires that periodically pop up on the belts. They’re easy to dispatch with a single click, but when you’re juggling eight to ten belts and who knows how many goodies, it can result in some frantic clicking. 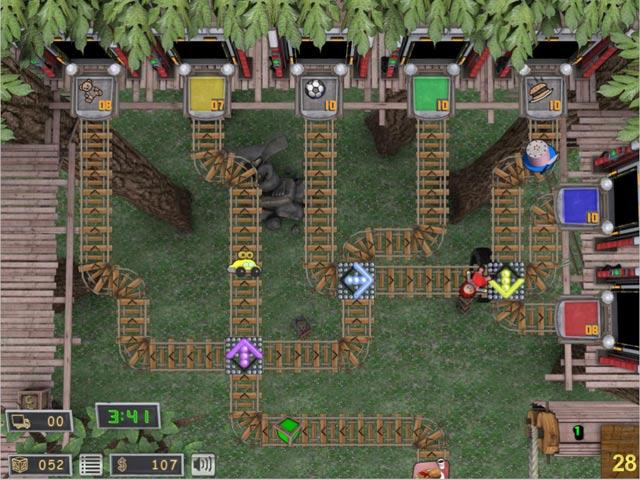 There’s also a “gold” goal to meet for each level, for a bonus challenge. The gold goals are simply a higher minimum sales point, so finish the level quickly and accurately to reach these numbers. (You can adjust the conveyor belts’ speeds, and you’ll get bonuses if you successfully guide a lot of items to the right trucks.)

Honestly, the only gripe I really have with the game is the graphics, which look very mid-to-late ’90s to me. However, these are only the graphics that appear in between scenes, and don’t really take anything away from the fun factor.

Conveyor Chaos is one of the best, cleanest and most addictive games I’ve played in a while. If you’re looking for a good go-to game to add to your collection, I’d advise you to end your search here. Who knew ensuring optimum product distribution could be so enjoyable?