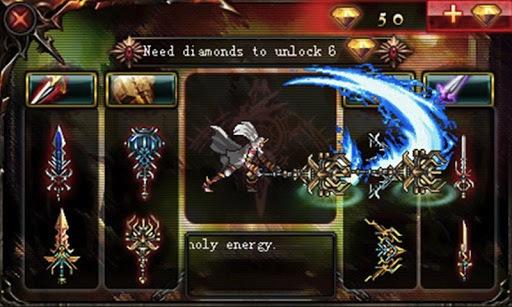 I knew I was in for a good time when the Constantine I intro began and explained to me in brutally mangled English about how the “devil god” was banished and those who had worshiped him became “exorcists” and were given solid silver hair to contain a portion of his power, which they would use to do good in the world. Or something like that. Anyway, the catch is that if one of these exorcists ever kills a human instead of a demon, they and their family would disappear, which I took to mean killed, and the devil god would reappear. Or something like that.Constantine I wasn’t really big on the “readable dialogue” part of telling a story, you see.

Naturally, the first thing that happens at the start of the game is that Arthur, out hero, kills somebody by mistake – not his fault, he was tricked by demons, but rules are rules, etc, etc. – and thus he slowly starts losing his powers. So on top of being an accidental murderer, Arthur’s got to kill the devil god before he returns… or he has to keep him from returning… or… well, something like that.

Constantine I is essentially a side-scrolling action-RPG, similar in many ways to Conquer 3 Kingdoms, the last Letang game that was inflicted upon me, but without even the respite of the third dimension. Motion is controlled with a virtual direction pad in the bottom left corner of the screen, while a button in the bottom right handles attacks and various context-specific interactions. Other buttons across the bottom and top of the screen handle more specific functions, like opening the map, drinking potions or launching special attacks. 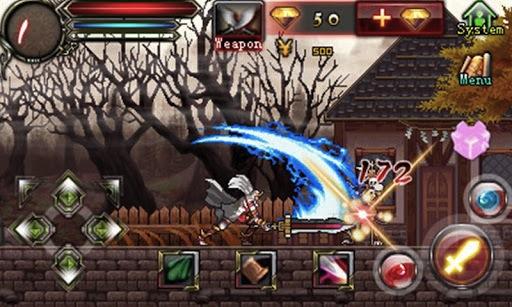 You’ll pick up various items along your adventures which you can use to equip your character, or you can instead skip all that and simply buy what you need from the store. And this is where the wheels really come off. At one point during the tutorial, you’re faced with a chasm filled with “demon hands” that can only be made safe by shooting the torch on the other side of the screen. The tutorial tells you to pop into the store, buy a ranged weapon and continue on your way. There’s just one problem: The cheapest ranged weapon costs four gems, and you begin the game with only three gems. Want more? Pay for them with real money, or take advantage of one of the many offers for “free” gems, like playing another, entirely different game, or signing up for a service like Netflix.

Or you could just go with Plan B and charge through it, which is what I did, emerging on the other side with just enough health to give the next demon the opportunity to kill me. Constantine I then offered a resurrection for the low, low price of two gems, and like a fool I accepted; I gave some payback to the demon who killed me, as well as a bunch of his buddies, and then off I went to the village to explain the situation to the elder, or some… you get the point. 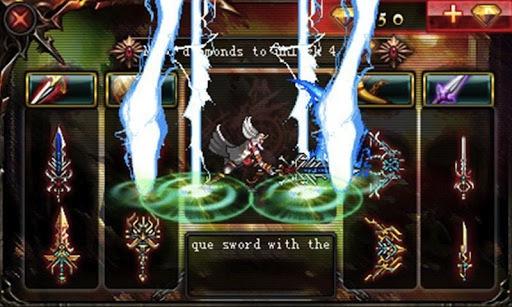 And there I was… stuck.

I wasn’t stuck in the strictest sense, of course. I could go play some awful Garfield game or sign up for eHarmony or a Real Superpass, or I could just hand over my credit card number. But why would I do any of those things? Ham-fisted money-grab notwithstanding, this is just not a good game. The graphics and sound are primitive, the controls are clunky and the gameplay is just flat-out dull. There’s also at least one oddball technical glitch that can leave you out of the game and ready to do other things, but with the grating soundtrack still blaring away. Fans of classic 8-bit consoles might find the style briefly engaging, but ultimately everything butts up against the almost immediate demand for gems – which is to say, a demand for money.

If there was some great, redeeming characteristic to Constantine I, there might be a reason to spend some time with it. But there’s not. It’s just a bad game made worse by a barefaced money grab, and really not worth the bother.