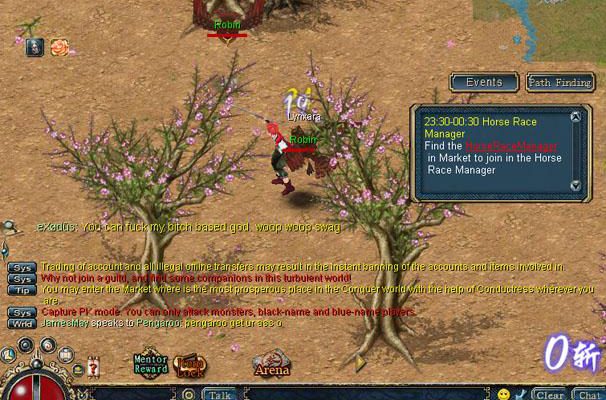 That experience is, unfortunately, a poor one. Conquer Online suffers from many stereotypical Asian MMO problems. The entire game is poorly localized, which makes figuring out how game systems work or reading the often-lengthy quest and NPC text a chore. Gameplay is extremely old-fashioned and geared around grinding. There’s nothing interesting about the mobs you grind, which in the early game are all variations of the same bird model, each with a demoralizing name like Pheasant or Turtledove. Who doesn’t want to become a ninja or a monk in an ancient Chinese fantasy land, just to beaten up by Turtledoves? 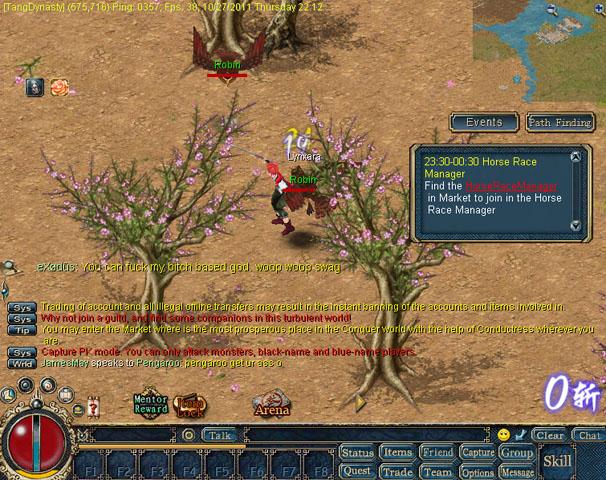 Conquer Online has tons of tutorials meant to explain how the game works to a new player. It’s clearly meant to be something very social, as the game emphasizes the importance of grouping early on. In practice, the tutorials are just tedious to read through because they’re written in such questionable English. Quest givers are located at points that seem basically random in the game’s starting city, so the first 20 or 30 minutes of play consist of using the automatic pathfinding to go from one quest-giver to another. In all fairness to the game, the automatic pathfinding is actually quite good.

It’s not really clear what Conquer Online is about, but it uses an ancient Chinese theme that is actually pretty appealing. You get to play unusual character classes like Taoists and Saints alongside some more oddball but interesting choices like the Ninja and Trojan. Unfortunately, the game’s visuals really drag down its initial promise. Conquer Online uses a very low-res combination of 3D character models and 2D backgrounds that makes moving around confusing and tedious. Your character can’t cross “ridges” and “hills” that are clearly just drawn onto a pixel art map. 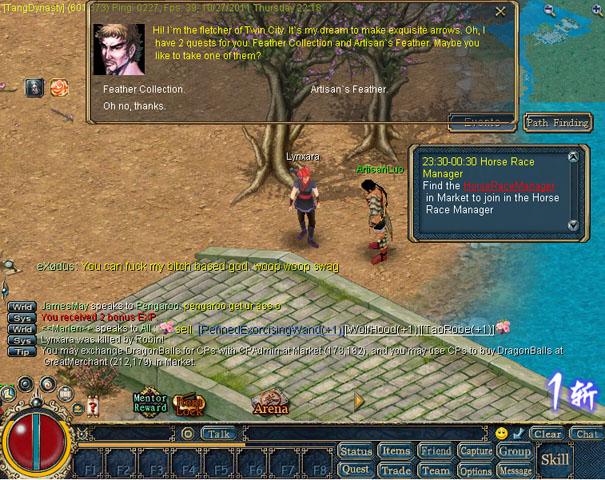 To Conquer Online‘s credit, it is extremely well-implemented. The Kalydo Player doesn’t seem to introduce significant lag issues (the gameplay seems naturally sluggish) and it runs at a reasonable resolution. You can easily play Conquer Online on lower-end laptops. The game’s user interface does suffer in the Web version, as numerous interface tabs and a chat box crammed into a user window that’s really quite small.

It’s hard to see Conquer Online having much to offer either the average Facebook gamer, or even a casual MMO fan.