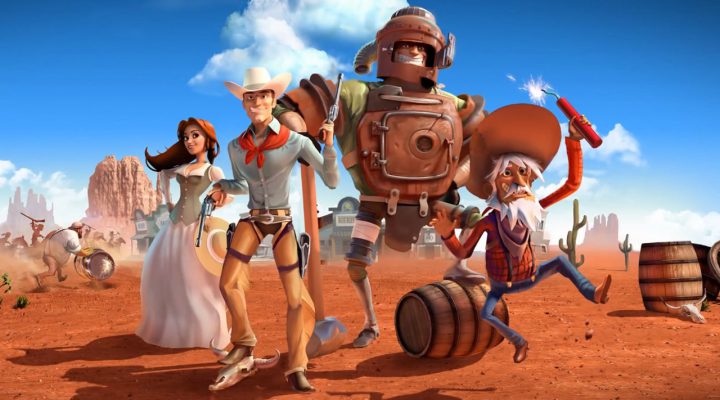 I’ve always had one major problem with battle strategy games like Clash of Clans: Having to constantly recruit, train, and pay for expendable troops that disappear after a single use in battle, even if they don’t die. Where do they go? Do they receive an honorable discharge after one fight? Sweet deal for them, but pretty aggravating for me.

Compass Point: West from Next Games does away with the one-and-done formula, which earns it a big dusty thumbs-up. That’s not the only good thing about this Western-themed battle strategy title, though. It looks good and its card-based recruitment system keeps the fight more personal and streamlined.

That said, it might take a while to get yourself adjusted, as the game lacks a thorough tutorial or any kind of task checklist. 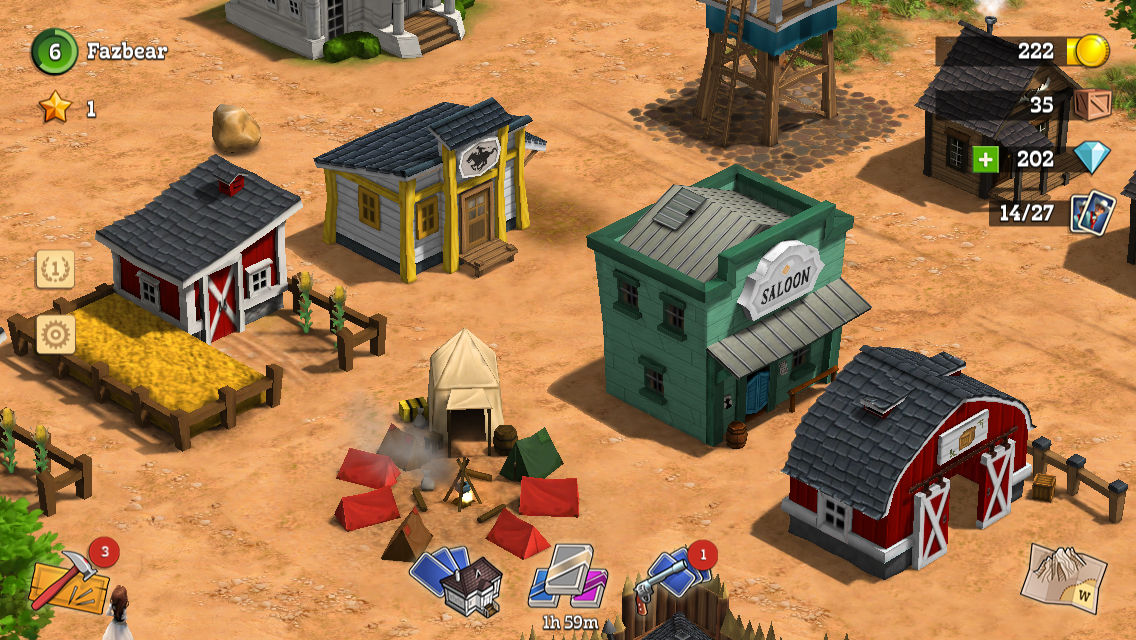 Compass Point: West is set in the dirt of the old west, so of course there are corrupt sheriffs and land-greedy oil barons to deal with. You have a little patch of land that you need to grow and protect by any means necessary.

Luckily, your first acquisition is a saloon. Everybody knows frontier booze-hounds will gladly sell the services of their guns for some sarsaparilla. Other potential recruits include “Tin Men” who specialize in melee combat, and prospectors who lob dynamite from afar.

Like other battle strategy games, the action in Compass Point: West takes place across a series of levels owned by the enemy. You deposit your fighters into the fray, and if all goes as planned, they take down any guards and traps in their way while harvesting resources.

But compared to other battle strategy games, the number of troops you command is relatively small. You don’t train up your fighters in mass quantities, but instead draw them from a pack of cards after a certain amount of time has lapsed.

Your fighters are more powerful as a consequence (and handling them becomes a little more personal as opposed to ordering around faceless warriors), but you can’t deploy them all at once and wait for the magic to happen. Instead, you unleash a fighter when you have enough “battle points,” which are earned by wreaking havoc on the battlefield.

There’s a lot to like about Compass Point: West, even if you’re thoroughly exhausted with battle strategy titles. Drawing your fighters (as well as bonuses) from a deck of cards as opposed to spending tons of cash to manage recruits takes a lot off your mind if you’re just not into that kind of micromanagement. 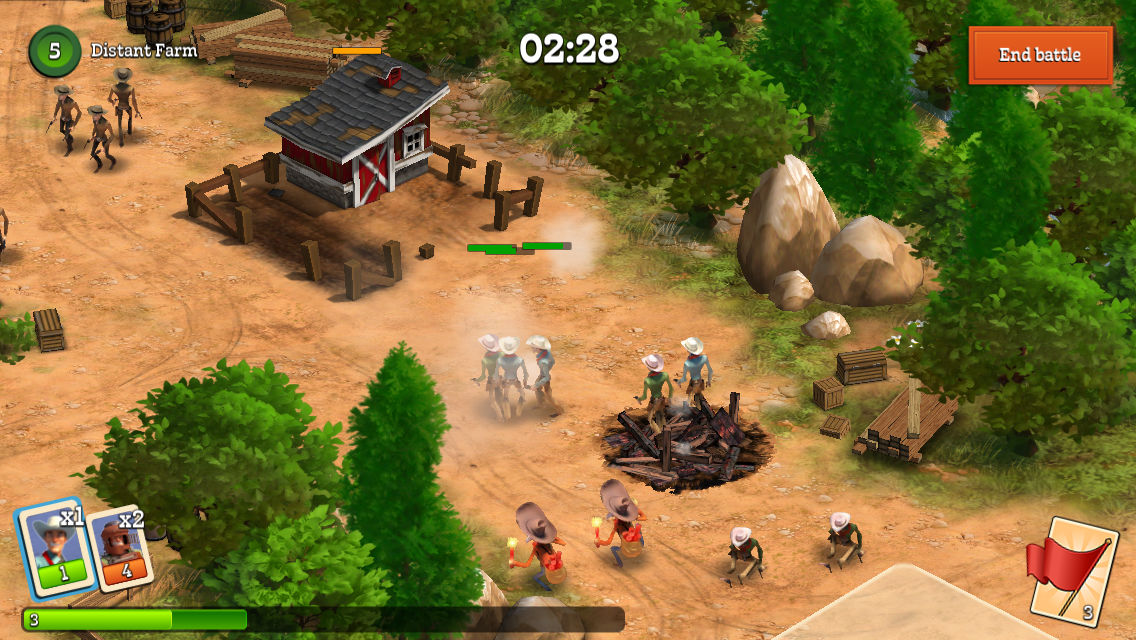 The game also looks good. In time, your little outpost becomes a bustling town that’s worth defending. Your soldiers of fortune busy themselves running to and fro, and your injured fighters are tended to at the medicine cart. They return to battle after they’re healed, which is another nice alternative to throwaway spear-wielders.

Compass Point: West does take some getting used to, as the game’s tutorial is lackluster and there’s no list of “Quests” to guide you through your shaky start. Still, it’s all relatively easy to sort out, especially since you’ll likely find yourself returning to the ranch over and over.