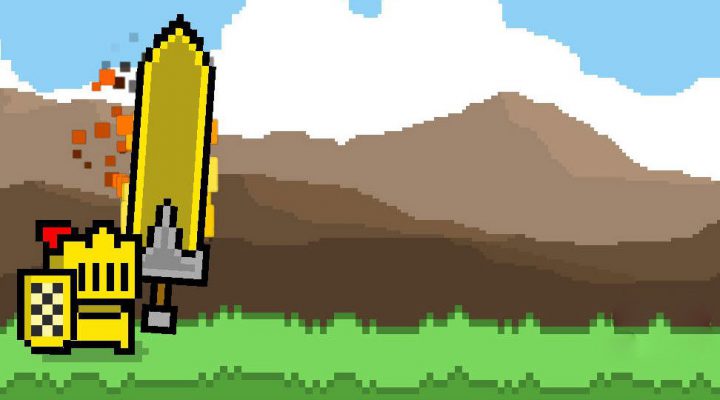 Remember those arcade games where players have to stop the blinking light in just the right position in order to get the prize? Imagine playing that game, but with your life on the line. You’re watching the little light bounce around, waiting for just the right moment to stop it, knowing that if you’re even a hair off, death will whisk you away. It’s a stressful predicament to be in, to say the least.

Welcome to Combo Quest, where death is hovering behind you every second of the way. 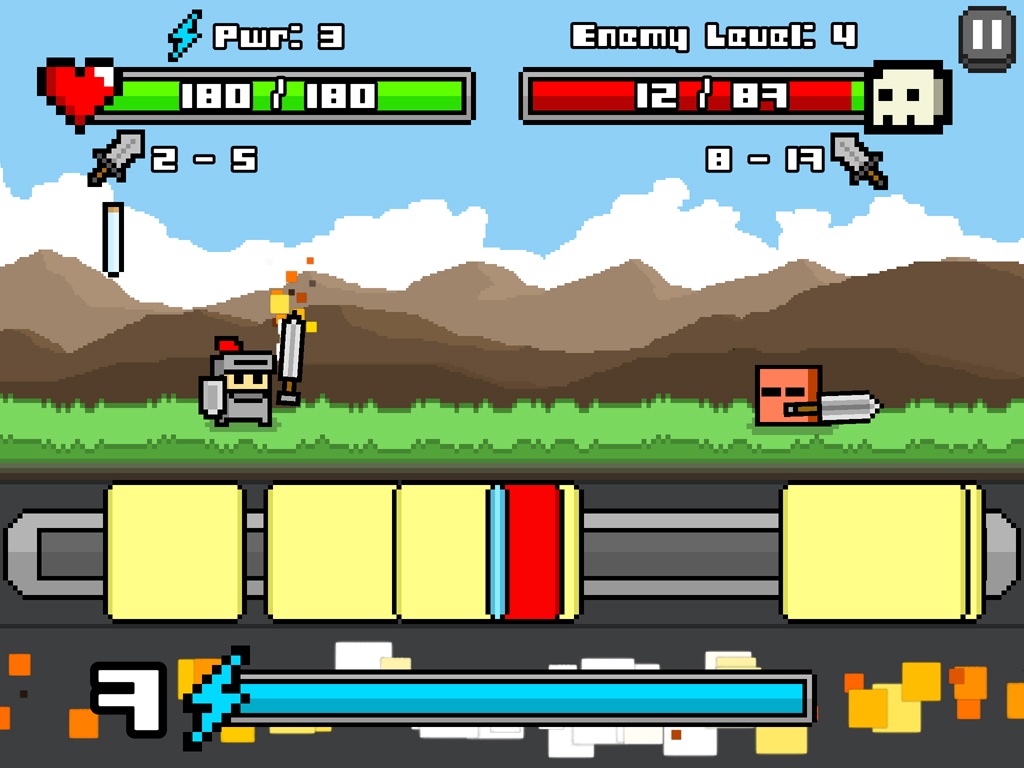 Combo Quest is an easy game to play, but it is not an easy game to succeed at. I’ve been playing it for hours and have still only managed to just barely scrape by the first boss, which is encountered at level ten.

The game revolves around a combat system where the bottom half of the screen is dedicated to attacking, building up combo-attack energy, and blocking enemy attacks by tapping the constant stream of colored blocks. Tap a yellow block and the hero will attack the enemy and gain a little bit of energy for a combo attack. Tap a green block and the hero will also attack the enemy, but will contribute even more energy towards a combo attack. Once enough energy is collected, players can unleash a combo attack that does damage (determined by the number of successful attacks) multiplied by X, where X is your combo-attack strength. 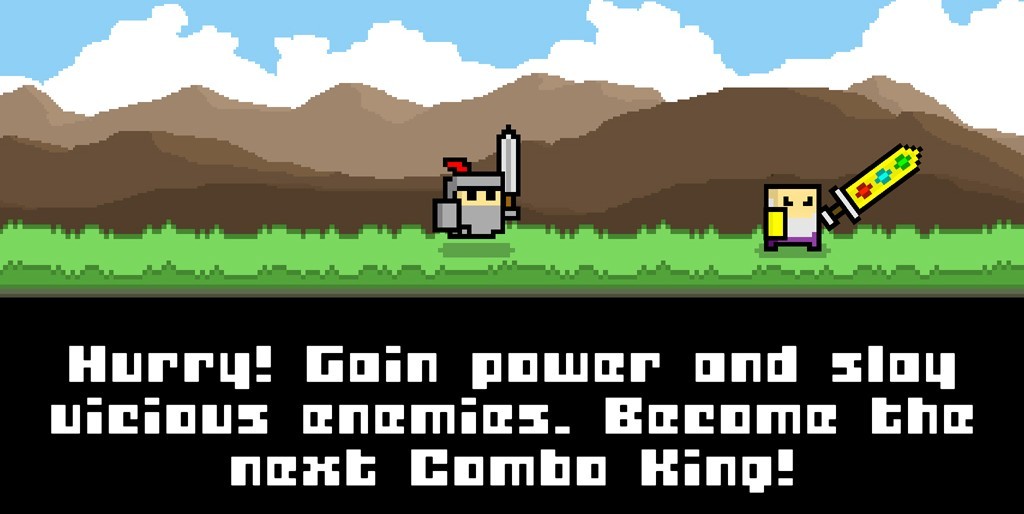 Well, every time you miss a block entirely, the enemy gets a free hit on you. If a red block appears, and you don’t tap it away by the time it reaches the other end of the row, the enemy will also attack you. Red blocks with shields must be tapped repeatedly, and red blocks with blue arrows increase in velocity the longer they are in play, so they need to be dealt with extra quickly.

It is very easy for a perfect run to be instantly over in seconds due to a couple of missed red blocks.

When your character is defeated, you must start over from the beginning. There is no progress to save, no stats to gradually build up. You lose everything.

If you do manage to defeat an enemy, after each fight you’re given the option to modify particular stats that will only stay with you during that run. It’s a random selection of three, but altogether they are: increase total health, refill health bar to full, increase minimum attack damage (more likely to do more damage), increase maximum attack damage (small chance of doing a lot of damage), and increase the combo-attack multiplier. While these stat boosts help and are crucial to your progress, they by no means make things easy.

Having to restart my progress after a lengthy session is pretty frustrating. Unlike games like Flappy Bird or Crossy Road, where if you’re playing for more than a few minutes you’re doing extremely well, in Combo Quest you’ll be playing for five to ten minutes each run. Even though I was gradually getting better with each run, it wasn’t enough to keep me encouraged about the fact that I have to start all over again. 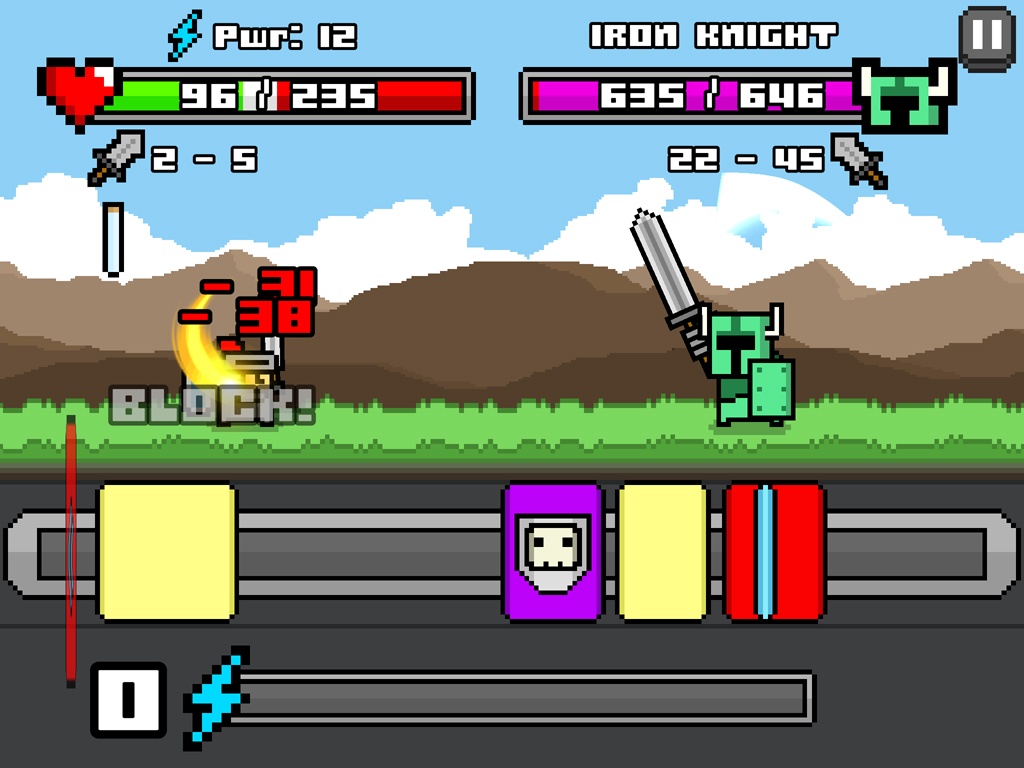 Imagine going fishing and each time you attempt to catch a fish you having to go back to the docks before you can try to catch another. No matter how much fun you have fishing, you’re going to get tired of starting from scratch every time.

The idea behind Combo Quest is a good one, and it was actually pretty fun and engaging to tap my way through enemy after enemy. But when I’m forced to repeat the same ten levels (I think level 13 was my best run) ad nauseam just because that’s how the game is… it’s hard not to lose interest.