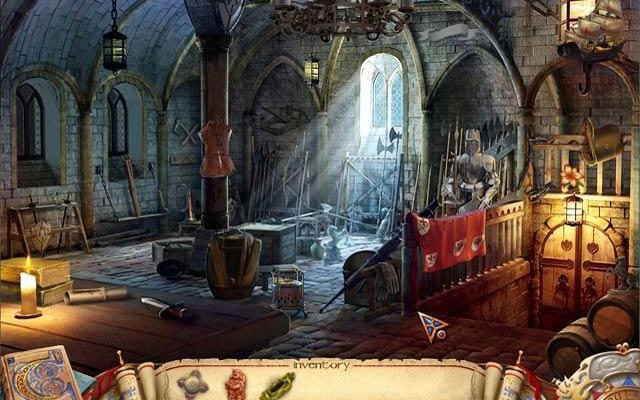 You are all that stands between Columbus and a grim fate. Yes, that Columbus.

You probably know that Columbus discovered America while he was trying to find a trade route to the Indies, but what you don’t know is that his ship crashed and he would’ve drowned were it not for the spirit of a woman trapped in stone. At least, that’s the history according to hidden object game Columbus: Ghost of the Mystery Stone. Not quite what I remember from History class, but way more fun.

After Columbus recovers from his brush with Davy Jones’ locker, the spirit tells him that he will share her fate unless he can find a way to release her from her stony prison in the next 30 days. She acts as his “guiding light” as he searches the globe for a cure, which is a poetic excuse for all those helpful twinkles that show up on screen as you’re poking around. 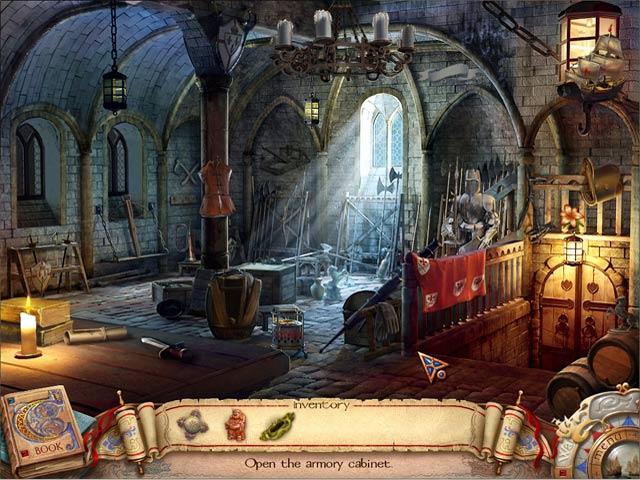 While most developers seem to be shying away from straight up hidden object games these days, preferring instead to blend them with adventure-style puzzles, Ghost of the Mystery Stone has no such illusions about what it is. You’ll have to solve a sprinkling of puzzles here and there, and there’s a bit of story at the end of each chapter, but for the most part, you are here to find stuff, find more stuff, and then find even more stuff.

The gameplay of Ghost of the Mystery Stone will be familiar to HOG fans, as you tick items off lists or search for the components to build larger objects. The traditional shopping list searches are surprisingly subtle, with objects deftly hidden within each incredibly beautiful scene. Some of the items are a bit exotic and may not immediately be familiar to every player; I had to do a wee bit of blind clicking when I had no idea what caper berries should look like. The ability to see an item’s silhouette or even get a basic description would’ve been a nice addition, but the Hint button will at least get you through.

At other times, you’ll have to find the bits and pieces needed to reassemble three larger objects, displayed as pictures at the bottom of your screen. The objects aren’t always single items – you’ll also have to find groups of similar objects like coins or skulls. It’s a variation on the idea that I particularly appreciated. Putting together a ladder, candlestick, or wheel is a nice diversion from the usual list-style of hunt, but too often it means you’re combing a scene looking for different sticks and rocks. Even in a game as lovely as Ghost of Mystery Stone, it’s hard to make that visually interesting; tracking down groups of lizards, starfish, rope, and rat traps is a great play on the mechanic. 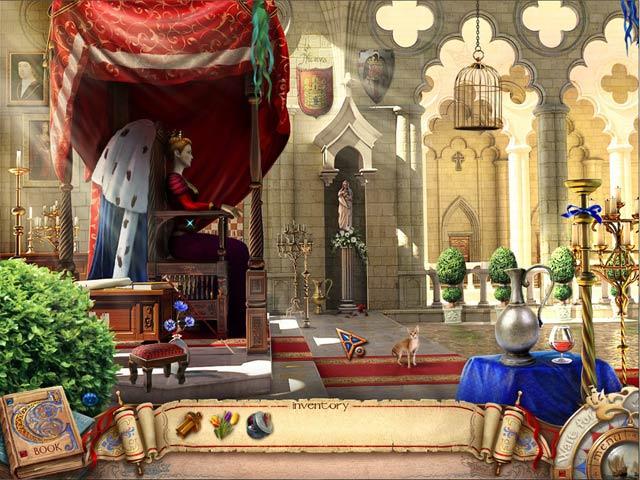 Ghost of the Mystery Stone also does a good job of mixing up various search styles, so that even when you revisit locations, you’re usually not performing the same kind of item hunt. This may be a game where you’re constantly looking for things, but that doesn’t mean it has to feel repetitious, after all.

Ghost of the Mystery Stone may not have many puzzles or minigames, but the ones it does have are well-executed and inventive – even if they don’t always make a whole lot of sense. With a mere 30 days before he turns to stone and a long ocean voyage ahead of him, Columbus probably shouldn’t be taking time out to paint an accurate rendition of his ship the Pinta, but it makes for a fun minigame, so who cares?

Columbus: Ghost of the Mystery Stone is light on story and puzzle-solving, but brings real style and artistry to its object searches.