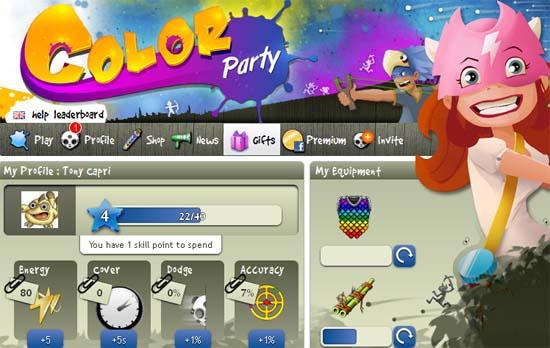 Even as Facebook gaming is moving on to bigger and better things, some developers are content to serve up mediocrity in hopes of taking home a nugget or two from the online-gaming gold rush. Color Party not only crashes (often literally) and burns, it’s neither colorful, nor a party.

The premise of Color Party is a simple one: join a “party” and battle to the death, or more commonly, until you run out of energy. Combat consists of simply clicking on an opponent placed next to your avatar; the results of your attack pop up onscreen, you wait for a timer to count down, and then repeat the process.

At the outset, you’ll level up quickly, earning additional energy that will allow you to see a given color party through to the end. But after just a short time, leveling becomes a slow, tedious process, and you’ll rarely be afforded the ability to complete a session. Players will have to first wait to regain energy – an hour or two – only to return to the game and find the party’s over.

Truth be told, you won’t be missing much. There’s no animation, no action – you simply stock up on weapons and other supplies (if you can afford them), and continue to click on your opponent until you’re once again out of energy. 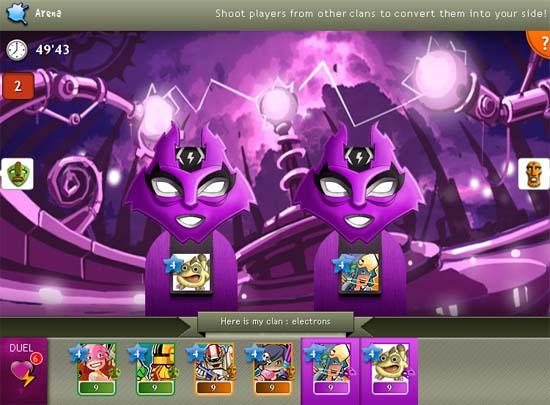 Perhaps the least satisfying aspect of Color Party is that progress is confusing. There’s no clear reason for progression, and the rewards are a jumble of considerations. Every single time you attack, you’ll be subjected to a pop-up screen asking you to post your results to your Facebook wall. Arbitrary achievements will also spring up almost as often, and when a game engages you this poorly, the notion of achievements is obnoxious.

In addition to the main party mode, players can go head to head in a duel mode. The “action” is exactly the same, as is the absence of any real sense of reward or satisfaction.

Though nowhere near a saving grace, the visuals are almost an acceptable apology for the abhorrent game design. Color Party has some cute character portraits, as well as interesting weapon design. But again, there’s no animation or activity to add excitement to the experience. For good or ill, the game has no aural presentation, either – no sound effects, music, or voice blurbs. 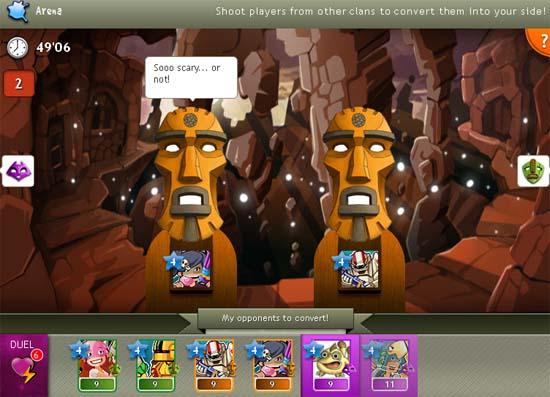 Needless to say, Color Party is one Facebook experience gamers will absolutely want to miss. Forget repetition, forget glitches or other technical flubs – Color Party calls itself a game, but you’ll be the one getting played if you waste any time with it.