Home / Reviews / Colopl Rune Story Review: Why Would You Do That?

Colopl Rune Story Review: Why Would You Do That? 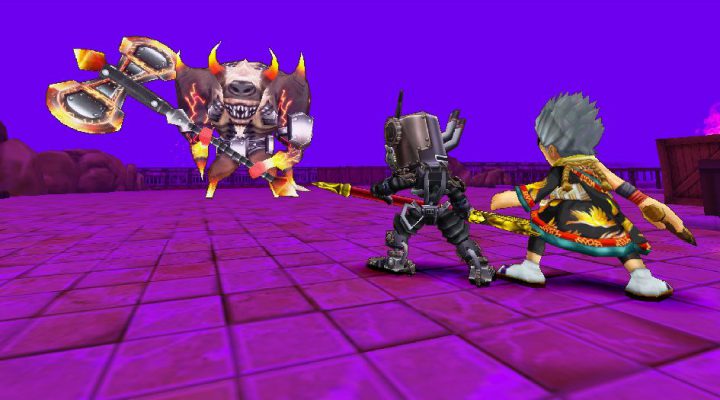 A bright and colorful adventure

Plenty of characters and gear to find and improve

Controls could be more responsive

Forces players to spend gems to make a guild

Downloads data for every little thing

Oh Colopl Rune Story. Things were going so great with you for a while. Then you got excessively annoying and it all started to fall apart.

Rune Story (which I think is the game’s actual name despite the title including “Colopl” in the beginning when you go do download it) is a quick and simple action RPG that fits the mobile platform quite well. There’s some really awkward story about adventurers and a flying building in there, but it’s basically all about going from place to place and smacking monsters around. Fight through a few areas with the small fry, take down a boss, rinse, repeat. 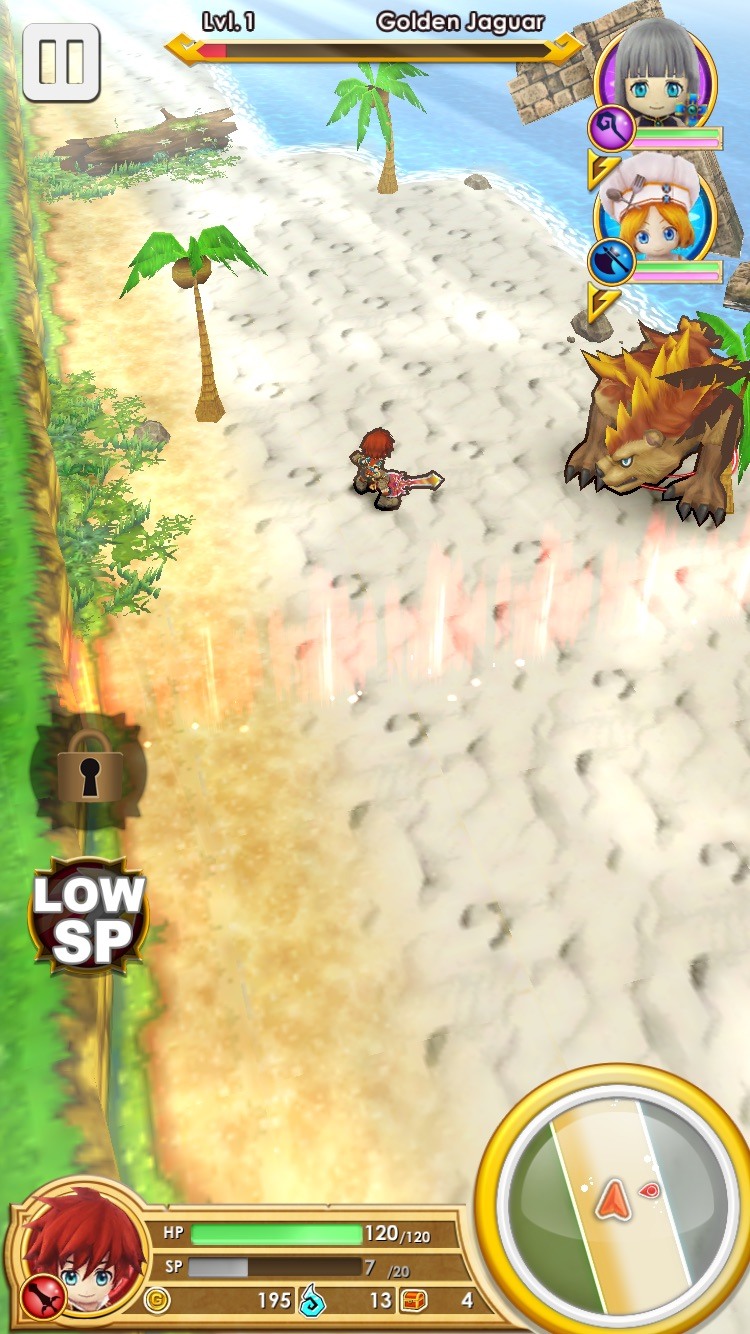 The thing is, it actually makes a pretty strong first impression. The visuals are relatively simple but they’re colorful and sport some pretty nice designs. There are tons of characters you can potentially summon and level-up like an honest to goodness RPG (there’s even a skill tree that’s kind of like the upgrade system in Final Fantasy X). There are just as many (if not more) kinds of weapons to find/unlock/upgrade. And while the somewhat by-the-numbers level structure is nothing to get excited about, the action is fairly enjoyable and the missions don’t overstay their welcome.

I was also particularly impressed with the controls, which were designed for touch screens – and actually designed quite well. Dragging a finger anywhere on the screen (except on the buttons, naturally) will let you move your character around a-la virtual stick, tapping will cause them to automatically target and attack enemies within range, and swiping will make them dodge. It’s simple but it’s pretty impressive in how well it works, even one-handed. Although once the difficulty starts to ramp up and you need to avoid damage more often you’ll start to notice just how slow the response time between attacks and dodges can be. And don’t even get me started on the absurdly slow mages who take so long to attack that they’re practically useless against any enemy that moves faster than “not at all.”

For the most part I was really impressed with Rune Story — until some of its more peculiar design issues started popping up. Along with the controls not responding well enough for the more difficult battles, there are two main problems I have with this game: it’s pretty much always downloading something, and it eventually forces players to make their own guild.

Games that have players download extra data after installation aren’t all that special, honestly, but Rune Story does it with a frequency that’s actually pretty impressive. It seems like every other anything I do for the first time makes a little “Downloading” window pop-up. Going to the store, starting a new stage in a new area, going back and playing the Hard versions of old stages, and even just finishing a level have all resulted in some extraneous downloading. This is a problem for everybody because it slows everything down when you’re simply trying to navigate the menus or get other stuff done, but it’s an even bigger problem if you’re playing via cellular data and don’t have an unlimited plan. At its most basic it’s annoying, and at its worst it could end up costing you money just to run it. 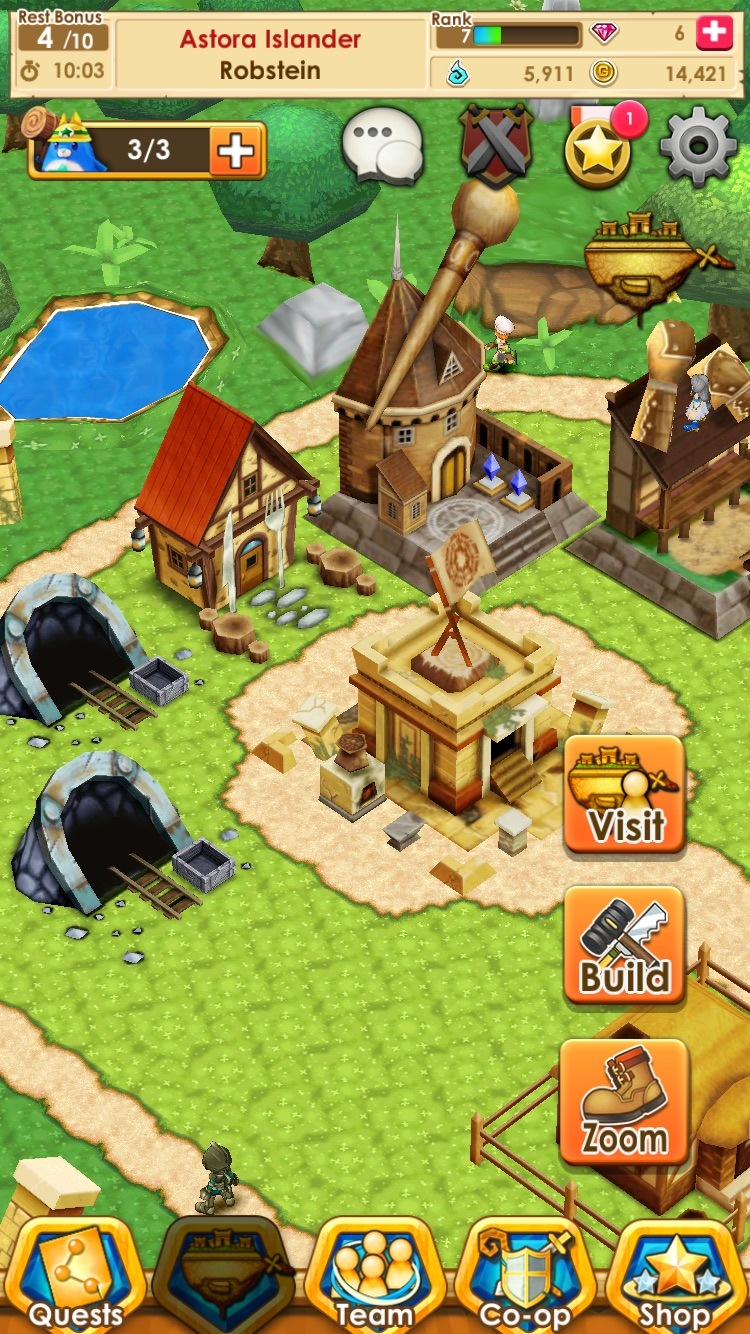 As for the guild thing, it’s kind of a slap in the face if I’m being honest. Online games tend to push player interaction. I get that. And I get that cooperative RPGs can benefit from player-made groups like guilds and the like. But Rune Story takes it a bit too far when it flat-out won’t let you continue (even if you shut it off and restart – I tried) to play until you’ve set up your own guild. Which also begs the question, what’s the point in making a guild for other players to join if yo’re making all of them start a guild in the first place?

Now this would only be mildly irritating if it was simply a matter of filling out a quick digital form and going on your merry way, but you have to pay premium currency to make a create a guild. So say goodbye to 20 much-needed gems after you get to this point. You weren’t planning on using them to summon new characters or make powerful weapons, right?

There’s a pretty good, if simple, action RPG hiding underneath Rune Story’s problems. Heck, if you can overlook those problems (or you’re exceedingly patient) it can be pretty fun. But I’m nowhere near patient enough to ignore the constant downloading or laggy dodging. And I’m actually kind of mad about the forced guild creation thing to be honest.

Your mileage may vary, of course.