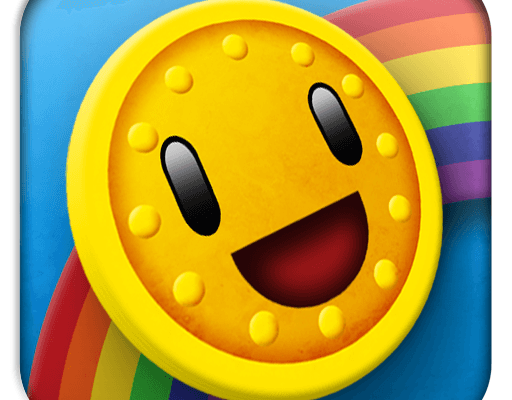 Full Fat seems incapable of putting a bad game out on the App Store. Titles like Flick Golf! and Zombie Flick have earned the developer a lot of love. Full Fat’s latest title, Coin Drop, continues the quality trend, though it’s pretty different from the company’s previous games.

Gameplay is pretty simple. Players drop coins (up to five at a time) from the top of the screen and they bounce off various objects until they fall through a chute along the bottom. Bouncing off various obstacles nets a number of points, though that’s only part of how the game works. Anyone who’s ever played pachinkno games like Peggle will feel instantly at home with Coin Drop.

In order to progress to the next level, players have to snag all the “bad pennies” (blue coins with angry faces that sit around the map). Once the pennies are collected, it’s up to players to try to build their score as high as possible before they run out of coins to drop. Nailing all the bumpers, getting coins in every chute, and hitting certain items will net major bonuses. High scores earn stars, which are accumulated to unlock new types of coins and new levels.

For the most part, the game is incredibly fun and well-made, but there are occasional levels that are frustratingly difficult. This is usually because one particular penny stays out of reach thanks to some inconvenient placement decisions. When this happens, it isn’t unusual to spend the better part of an hour trying to beat a level; normally, though, each level can be beaten within a minute or two.

Coin Drop‘s graphics are surprisingly great. The visuals were clearly designed with the Retina Display in mind. Everything looks bright and sharp, the colors are great, and the worlds sport some pretty delightful themes including spaceships, underwater scenery, and giant robots. Even the different coin types look great and unique, with things like zombie, chocolate, and U.K. coins.

There’s a lot to enjoy here, thanks especially to the 60-or-so levels and the addictive play mechanics that the game contains. It’s incredibly easy to pick up, but it stays a lot of fun no matter how long it’s being played. Coin Drop may seem pretty simple at first, but it’s a blast and will keep most players entertained for quite some time.