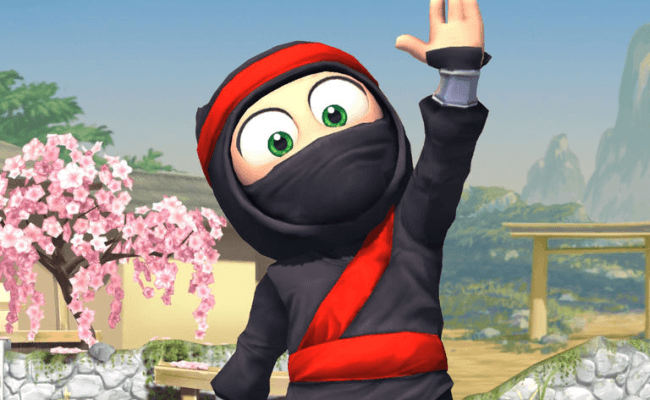 Remember your Tamagotchi digital pet? Remember all the fun you had together? Sure, it died a horrible screaming death when you accidentally ran it through the washing machine, but things are different now. You’re older. You’re more responsible. You’re ready for another digital pet. Maybe you’d even like your very own ninja. Well, NaturalMotion has you covered with Clumsy Ninja, a pet (er, “pet”) simulator that lets you train, tease, and toss around the most adorable ninja in history.

Clumsy Ninja has a bit of a story, which is surprising since exposition beyond “clean up this thing’s poop” is not common in pet simulator games. Your new ninja pal has a girlfriend/mentor who’s been captured by bad guys, and he wants to rescue her. Problem is he’s kind of clumsy. 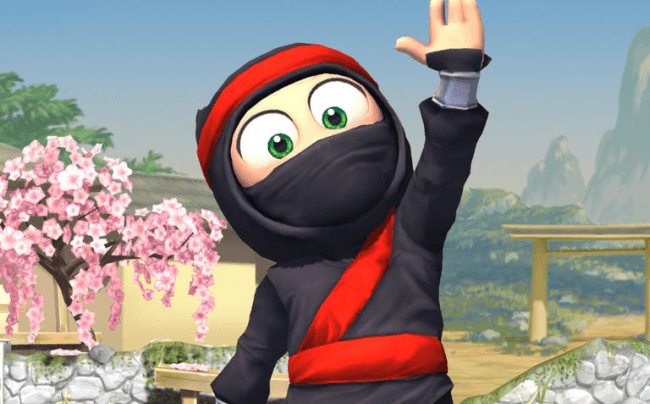 Your job as a responsible ninja owner is to train up your ninja. You do so by interacting with him, and by buying him toys and training materials that he can jump on, hit, block, and generally have fun with. You also tickle your ninja friend, tie balloons around him and watch him float, or just throw him around and watch him bounce (which is mean). Nearly everything you do with your ninja earns him experience (life is one big teaching moment, right?), which helps level him up. As you gain levels, you also unlock new items to play with and new belts to wear with pride.

Your ninja is an eager learner, so you won’t have any problems with obedience or surliness. In fact, the titular Clumsy Ninja may be the cutest darn trained assassin to ever hit mobile. He’s got enormous green eyes that are impressively expressive, he enjoys high-fives, and he receives every victory with humble relish. Even his movements grant him humanity, ragdoll physics aside. When you first start training him on the trampoline, he climbs up hesitantly and makes small, unsure jumps. As he gets better, he becomes more confident and tries out more daring moves. 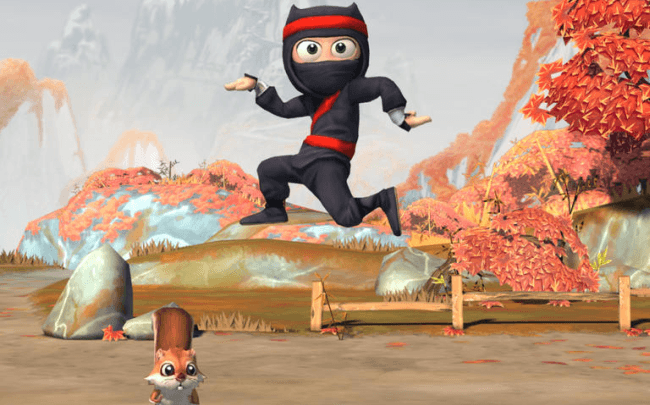 The ninja’s growth and endearing personality make Clumsy Ninja a pleasure to play with. It suffers from one problem, however: It’s not really much of a game. Sure, it’s meant to be more of a simulator than an adventure with a definite beginning and end, but the problem with that formula is so many of the game’s toys and tools are locked behind paywalls and waiting periods. If you train your ninja with a punching bag, you need to wait a certain time for the bag to be “fixed” before you’re allowed to use it again. Alternatively, you can restore an item instantly using gems, the game’s purchasable hard currency. There’s still lots to do with Mr. Ninja even if you don’t resort to buying anything, but why not charge a few dollars for the app and let us bounce with our buddy as much as we want?

Clumsy Ninja is a solid simulator that really shows off some impressive character personality and animation. Maybe Ninja will graduate to a full-blown game someday. In the meantime, we should at least be glad we don’t have to clean up after him.

Skulls of the Shogun Review