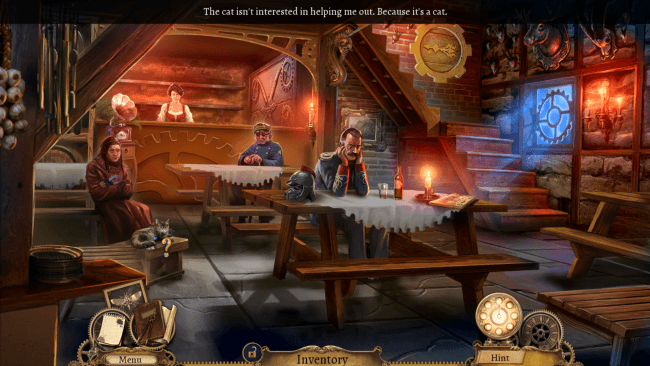 An utterly charming romp through a steampunk world

Clockwork Tales: Of Glass and Ink is a perfect example of creating a hybrid adventure/hidden object game. Neither genre is relied upon too heavily, creating a nice balance of puzzle solving and exciting diversions. Wrapped in an entertaining story and featuring some fantastic artwork, you won’t hesitate playing through the entire game in just a few sittings.

It all starts with an earthquake. Well, six earthquakes, really, which is far more terrifying than just one. Dr. Ambrose Ink thinks something unnatural is going on, so he summons Evangeline Glass, a detective/spy, to meet him in the snowy town of Hochwald. Things get murky when Ink is kidnapped by a mysterious force, setting the small town on high alert.

In many ways, Clockwork Tales: Of Glass and Ink is a classic steampunk tale, including all sorts of clockwork gadgets, steam-driven machinery, zeppelins, and spunky heroes who never take no for an answer. There’s even a corrupt political figure who has designs on controlling the country using a powerful secret weapon! All of this is initially couched in a standard hidden object-style story, but it quickly turns into the sci-fi adventure novel you always wanted to participate in.

Hidden object scenes take many forms in Clockwork Tales: Of Glass and Ink. You’ll first encounter fractured hidden object scenes (FROGs) that feature outlines of pieces of items at the bottom of the screen. Locate the shapes and slowly put together full objects to complete the puzzle. Interactive hidden object scenes are also quite prevalent, featuring item silhouettes that point you to objects that can immediately be used to solve puzzles on the screen. Quite a dynamic give and take here, and since these scenes are found frequently throughout the game, you’ll always be happy to see them.

Another frequent feature in Clockwork Tales: Of Glass and Ink are mini-games. They aren’t especially challenging, but they do showcase a great deal of creativity. Finding Steambugs scattered around various locations also adds a nice bit of flair to the experience. Some of the other extras include achievements, concept art, posters, a list of collectibles, and an entire bonus chapter in the Collector’s Edition. 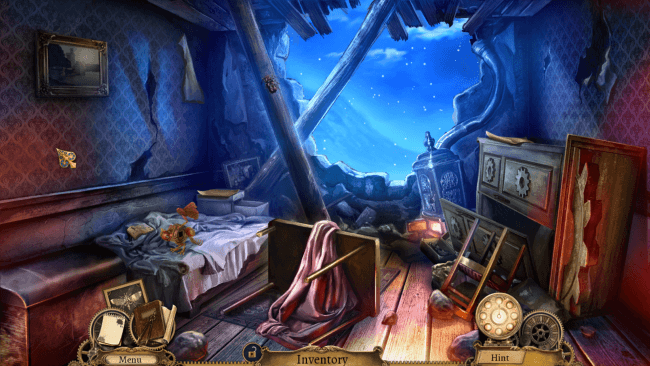 As with many games from Artifex Mundi there are very few downsides to speak of, especially since everything plays so smoothly. Voice acting is of variable quality, but thankfully the main actors did a great job with their parts. Just try not to cringe at some of the bit players, ok? The visuals are superb and seem to have been handled with a lot of care. The artists weren’t afraid to be whimsical with steampunk machinations or locations, and that level of playfulness shows in every scene.

A great atmosphere and solid puzzles through and through. Clockwork Tales: Of Glass and Ink is the kind of hidden object adventure game you’d love to come home to day after day. Just watch out for the mechanical myriapods!