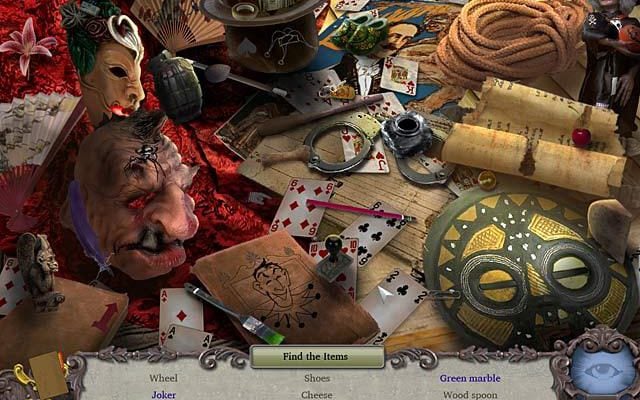 When a popular carnival magician goes missing, you’ll be called in to investigate the scene using your sixth sense of clairvoyance. In Clairvoyant: The Magician Mystery, you’ll interact with sideshow acts, clowns, puppets and more as you try and track down the magician and determine if he’s safe. Did he voluntarily disappear after a fight with his mistress, or was he silenced after overhearing something he shouldn’t have? The story in Clairvoyant is a good one, but you’ll need to suffer through some poor gameplay to experience it.

Clairvoyant: The Magician Mystery is a fairly basic hidden object adventure, giving you an incredibly linear path to follow and far too many hidden object scenes to investigate. You’ll routinely complete the same scenes multiple times, with items remaining in their original locations. To be specific, it isn’t uncommon to complete a scene and use the key item you retrieved, only to have to complete the same scene all over again within one or two minutes. If we had been given more to do outside of scenes, perhaps the sheer quantity of them wouldn’t have been so downright boring.

As it stands, you’ll collect key items from each hidden object scene, which can be used in the limited collections of environments present in each act. You’ll investigate different areas of the carnival, but are unable to freely travel between them. Because of this, a game that could have had such a large scope is turned into a much easier affair, as there’s very little room for confusion or difficulty.

Even the game’s puzzles are easy to complete, with some basic puzzle types (tile swapping or rotation, as examples) being combined with carnival mini-games that are admittedly fairly entertaining. For instance, one has you clicking on the screen to catch wooden fish that appear at random, a la “Whack-a-Mole.”

While limited environmental exploration is bad enough, the game’s hint system is incredibly slow to recharge. You’re given the opportunity to search for playing cards throughout the game’s environments, with these cards supposedly speeding up this recharge time, but the effect is minimal at best. Adding insult to injury, your “clairvoyance” ability is integrated only a handful of times into the story, giving you the ability to tell if someone is lying to you, or sense what was going on in a particular location before your arrival. This “sixth sense” was really the only major unique element in the game, and it’s used so sparingly that the game becomes even more basic without it. 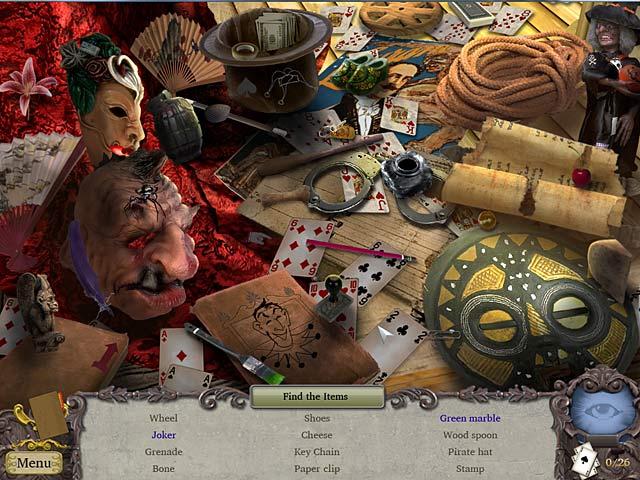 The graphics throughout Clairvoyant: The Magician Mystery are also unfortunately inconsistent, with many hidden object scenes and environments being blurry and lifeless, which is an odd contrast to some of the game’s key items that are much more crisp. Furthermore, the character models throughout are too smooth and unrealistic, with mouths that don’t even animate when they’re speaking to you (through voiced cutscenes of arguable quality).

If Clairvoyant: The Magician Mystery had placed more focus on your magical sixth sense and less on repeatedly completing hidden object scenes, the experience could have felt much more original and entertaining. As it stands however, this is an experience that feels old right from the beginning. The hidden object genre routinely offers so much more to players than what’s found here, making this one completely average from beginning to end.