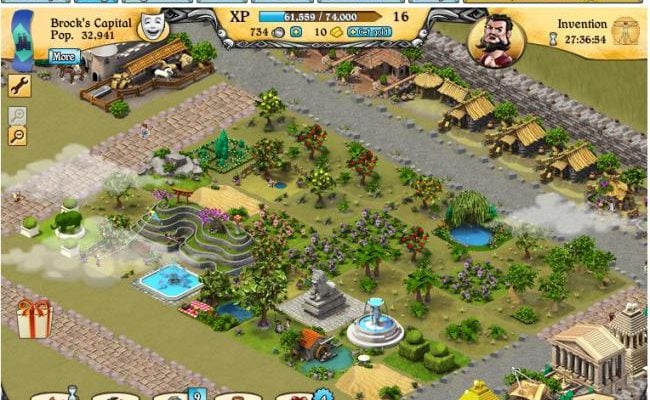 As a huge fan of Sid Meier’s Civilization from many years ago, I have been waiting for the game to launch on Facebook. While we’re waiting for what seems like an eternity, we can enjoy City of Wonder now. City of Wonder is the closest you can get to this classic on a social media network.

Players start with a primitive village and build it into a great civilization by researching technologies and gaining access to more buildings.

Players gain experience by cleaning their buildings, adding to their population and researching technologies. By researching specific technologies, they can unlock buildings connected to them. For example, by researching science you can open up a laboratory and after researching agriculture players can build a farm. 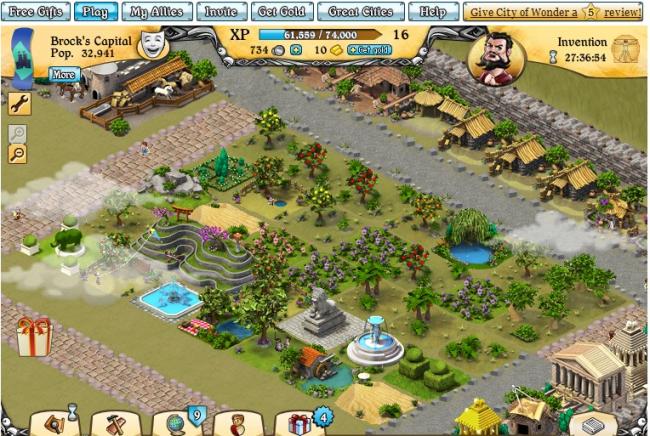 As they gain population and technologies, players move up the evolutionary ladder. Cultural buildings equate to a happier community. Military buildings mean more defense against attackers and chances of successfully invading other communities. Increasing the number of markets leads to higher income.

Purchasing buildings takes up a lot of land and eventually, players will need to expand their little kingdom. The game allows this only by spending gold, which is earned through leveling or paying real world money and by gaining more friends.

This is only a small part of the social aspect of the game. Every friend can have an embassy on the player’s land and vice versa. Players can visit each other’s property and earn cash and experience by helping with little emergencies like corralling stampeding sheep or visiting your embassy. Players can also visit other civilizations through explorations. Cultural exchanges gain experience, economic exchanges earn money and an attack increases population. 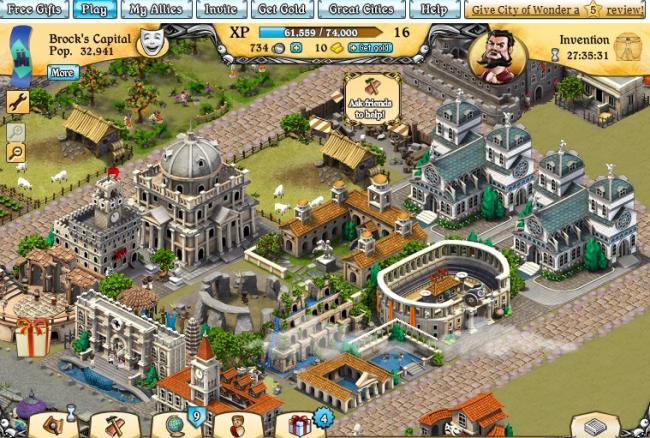 Constructing buildings and increasing the population take time and players can expedite this procedure through the use of “legends”. Legends are famous mathematicians, leaders and scientists such a Socrates and Lenin that can decrease the construction time, increase population output or temporarily increase your city’s defense or aid in invasions. Legends can be gifted by friends or purchased using gold.

Fans of Civilization may see City of Wonder as a scaled down version of the popular computer game. It doesn’t require near the micromanagement as Civilization, but it does do a better job of sreamlining the city development process and making things seem more natural.

While it seems like there is so much going on in this game, City of Wonder does a great job making everything cohesive. Everything flows together well and is easy to understand. It also has many choices of buildings and decorations, which developers are regularly adding to. They not only add new items, but also special seasonal or limited themed items, such as Da Vinci’s helicopter. 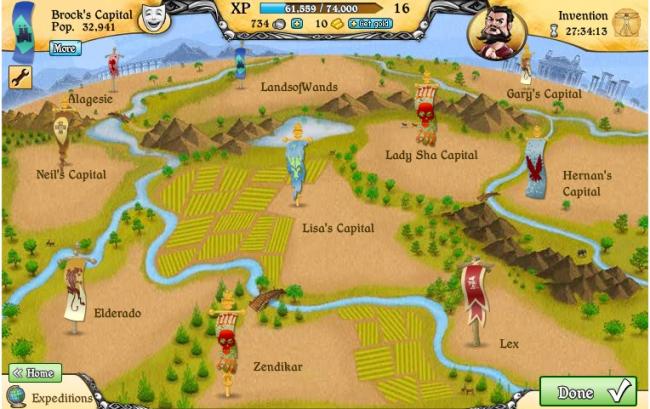 There are some issues with the game. At one point, all buildings, but four, disappeared. It wasn’t until about three days later, I found out a glitch moved them all to an inventory for unused buildings. Also, the markets yield so little money, I bought very few of them. I instead focused on goods like vineyards and mines.

They say imitation is the sincerest form of flattery, so until Sid Meier brings his game to Facebook, we can play City of Wonder today.