More to it than just waiting for timers

There are still timers

It's going to take you forever to unlock everything

City building fans are still looking for that game to scratch the itch left by SimCity 2000, aren’t they? I know I am. No game has quite rivalled its wonder. While City Mania tries its best, and is pretty good for a free-to-play city builder, hardcore devotees of the genre are going to have to keep looking. It’s fine for this new sub-genre of city building game, but it’s still not the Holy Grail.

The concept is an obvious one — you’re out to build the greatest city anyone has ever seen. It’s quite reminiscent of Sim City BuildIt, but with a few tweaks of its own. You’ll be placing many, many buildings, while lining up roads and generally trying to keep people happy. This isn’t a completely dimwitted city building game, meaning you do have to consider certain requirements. For instance, no one wants to live in a home next door to a factory and that’s reflected here. 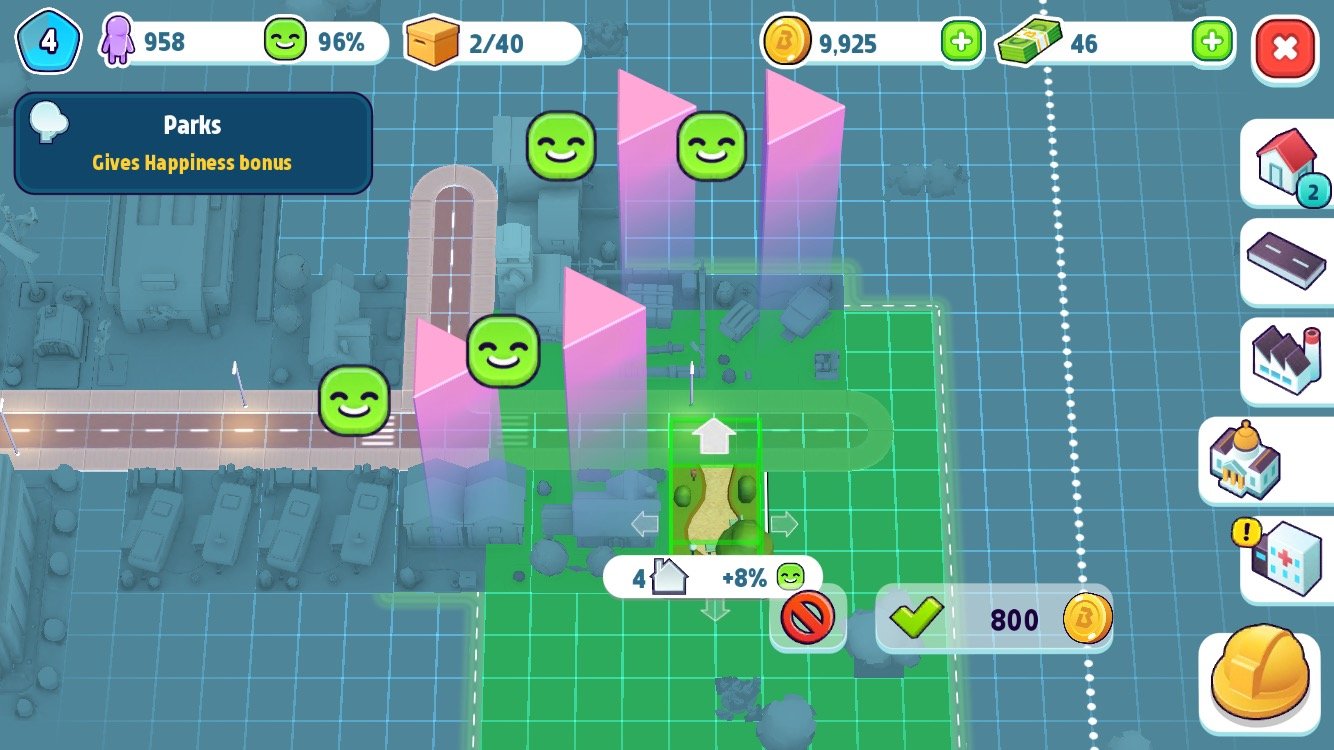 Your people’s happiness levels are an important concern. That’s why placing parks and amenities soon becomes a key part of City Mania. New forms of developments unlock too, allowing you to focus on things such as entertainment, education, or commerce. You can eventually decorate your city with famous landmarks too, such as the Eiffel Tower or Space Needle. It’s all a neat touch in adding some charm to the experience.

Further charm comes from Bizzies. These are cartoon like characters that work within some of the buildings you place. You can’t have a fire station without someone working in it, right? It’s a somewhat charming twist on a familiar concept, and can make a substantial difference as each Bizzie is different. It’s a good route towards gaining experience and resources. 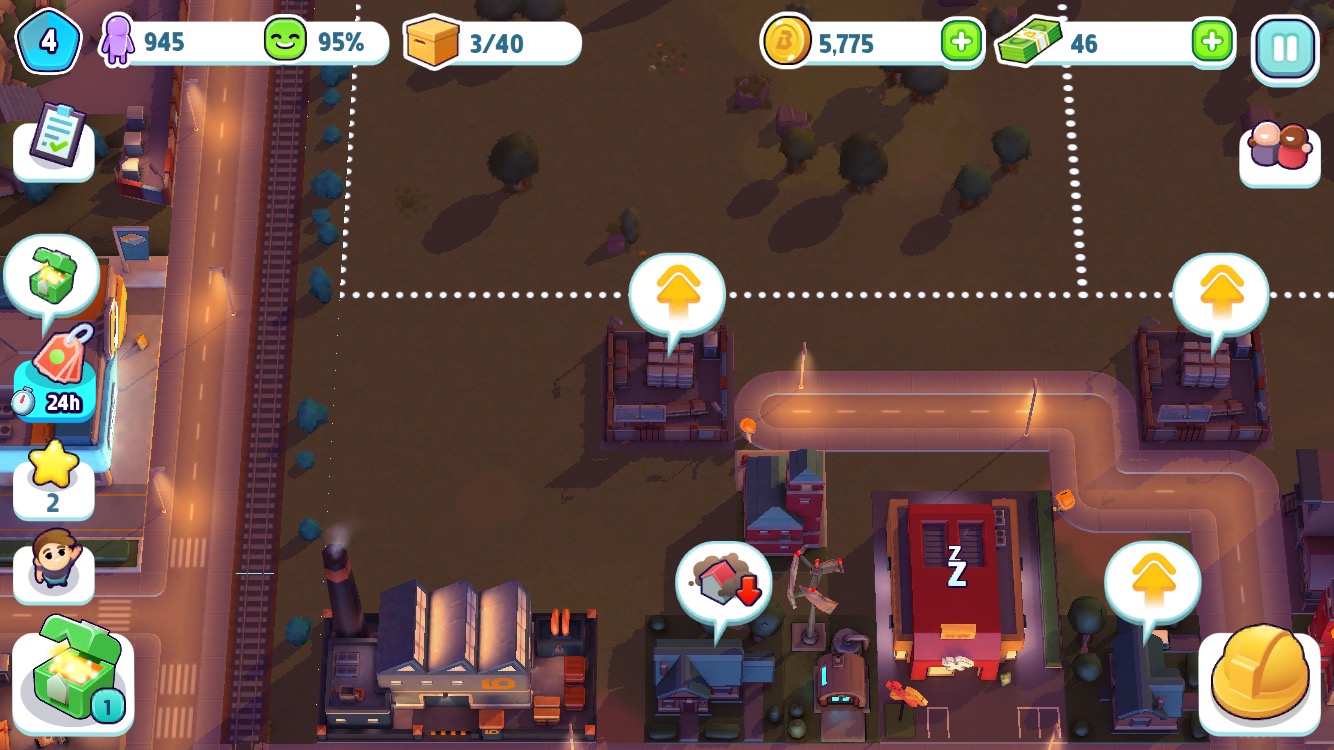 Those resources are certainly important given City Mania is still mostly about of busywork. Simply building a house involves going to the factory to create wood or steel before dragging the pieces to the home. Such dragging motions also apply when it comes to placing roads – a key part to any infrastructure – and that’s where some issues arise. The game’s pretty picky about your road placement. You can place a road right next to a structure but it still won’t register that they’re joined. You’ll come to learn City Mania’s eccentricities, but it’s not an ideal solution.

Similarly, you will still hit a few snags along the way such as City Mania’s obsession with getting you to plan things right down to the last tile. It’s another thing that requires some patience as you figure things out, meaning this isn’t quite as welcoming an experience as one would like.

And of course, eventually, you’re going to feel hindered by an almost paywall. City Mania is a free-to-play game at heart, and while you can skip some timers, there’s still a fair amount of waiting around and being trickle-fed new content. Is it worth sticking around? Kind of. City Mania gives you more freedom than most city building games, but it’s not as much as SimCity fans are longing for.

So, it’s an almost hit for City Mania. The game is certainly going to scratch that itch for a little while. You’ll enjoy working your way towards some fancy new buildings, even including the option for skyscrapers, but it’ll never be quite as rewarding as the bigger games outside of mobile that games like this always seem to live in the shadow of.