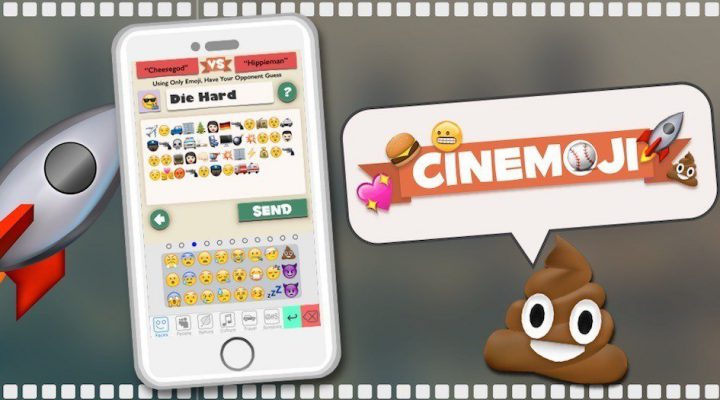 Easy to get into and to keep playing

Scoring system is difficult to decipher

A lot of overlapping answers

No way to officially end a game

Cinemoji is this odd sort of charades game that doesn’t really look (or probably sound) like a lot, but I was genuinely impressed to find myself getting more and more invested as the rounds progressed. I suppose there’s always room for charades, right?

As with similar “guess what I’m trying to hint at” games, you have to try and explain a given subject without actually saying what it is. In the past this has meant hastily drawing goofy looking doodles or flailing your arms around wildly. In Cinemoji, you’re limited to keyboard emojis. It’s a pretty simple gimmick, but it’s one that works surprisingly well. 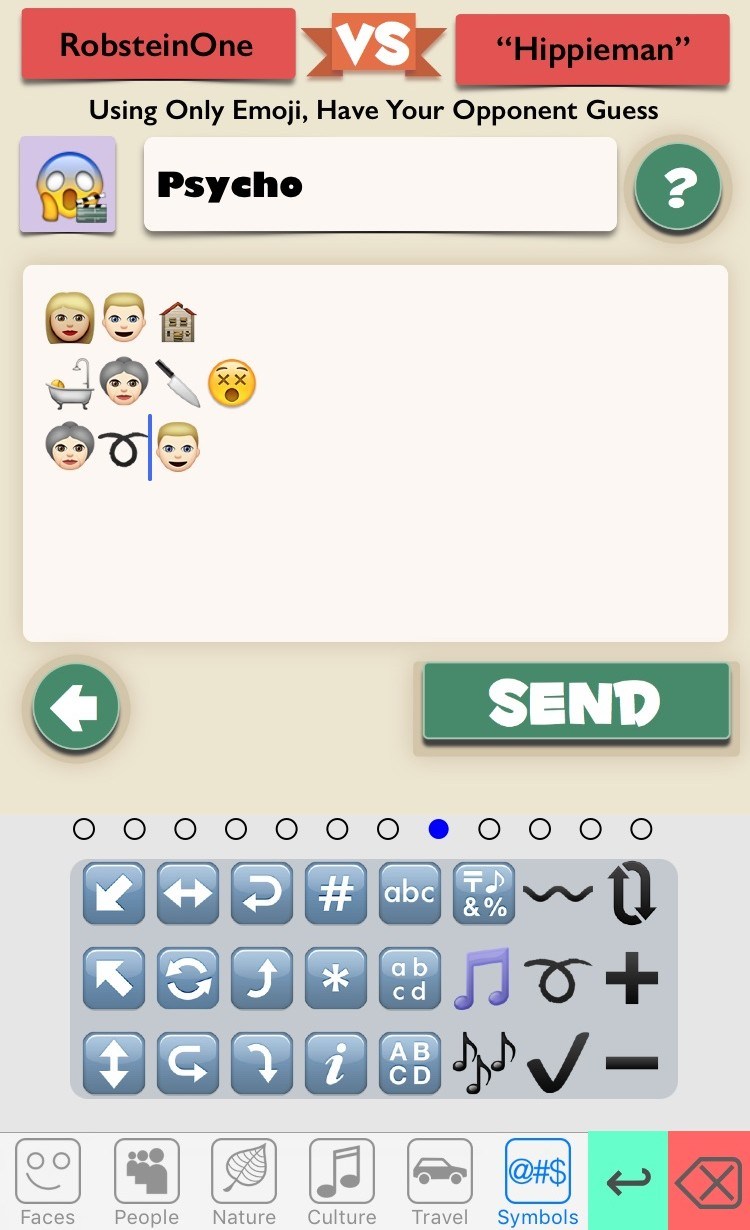 There’s a robust selection of conveniently (mostly) categorized icons to choose from, and figuring out the best way to string them together in order to try and pass along an idea is tricky fun. I tend to fluctuate between trying to summarize plot lines, highlighting the overarching points, or emoji-ing out theme songs. Each method has worked pretty well so far.

I did have to resort to watching ads in order to get hints when I first started playing, but it didn’t take long to find my groove and start to, well… I guess the best way to describe it is “get the language.” After that I was bouncing back and forth between answering and submitting riddles pretty quickly. And if you’d rather not watch an ad to get a hint, you can always look to Twitter or Facebook for some added help and extra insight. 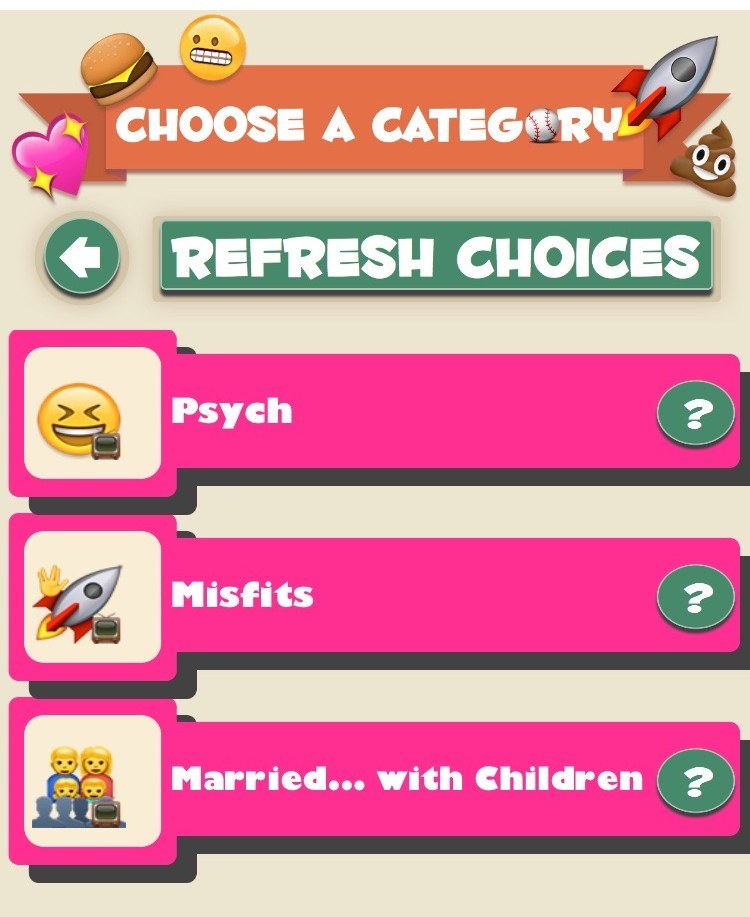 There’s a quirky sort of fun to Cinemoji’s user-created puzzles (if you want to call them “puzzles”), though it’s unfortunate just how often I’ve seen the same exact subject pop up when deciding what to try and emoji next. Granted, there were certain subjects I just wasn’t familiar enough with to even attempt, but even so there seemed to be several repeats. At least there’s an option to jump into iTunes in order to view a description of whatever you’re trying to summarize – though this could be an issue for players who have limited data and no WiFi connection.

I’ve also been having trouble figuring out exactly how Cinemoji’s scoring system works. From what I can tell, there doesn’t seem to be any penalty for guessing incorrectly or for using hints — but maybe you’re only allowed so many guesses before it automatically moves on? I just can’t tell. Not that I’m all that broken up about it, since I’m enjoying all the emoji guessing enough to not really care who wins. 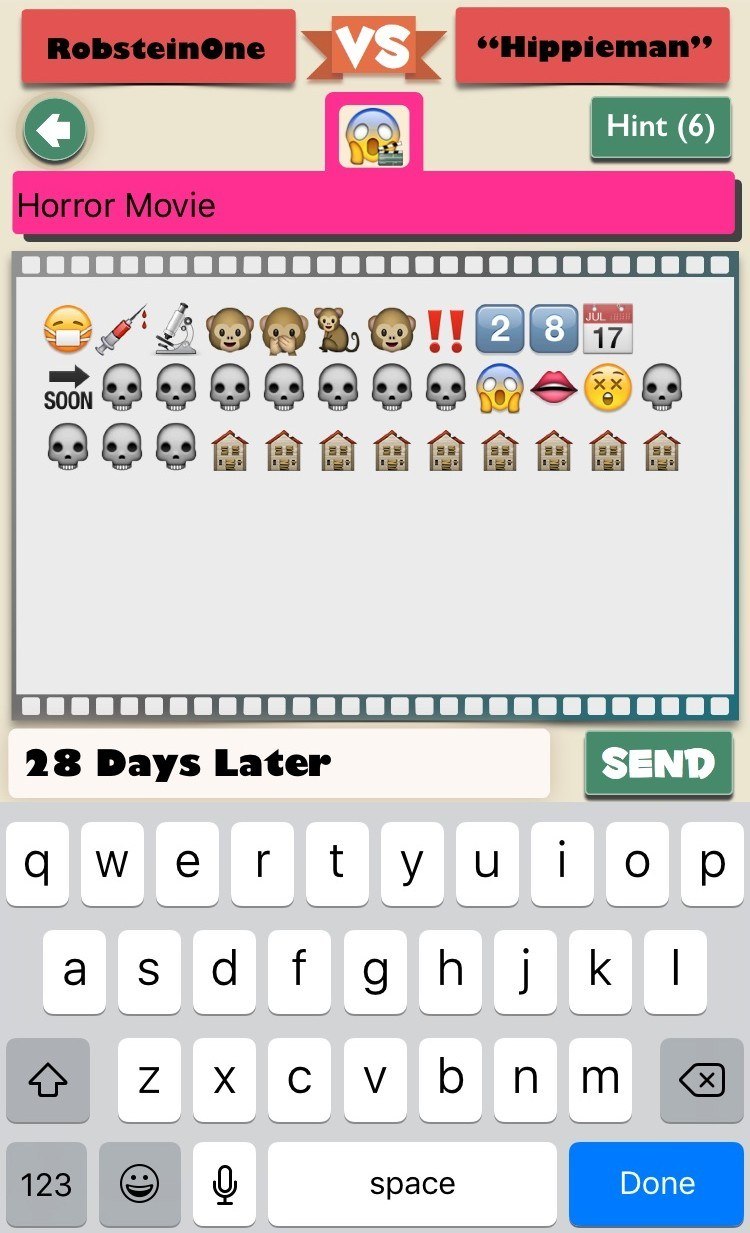 On the topic of the scorecard, it also doesn’t usher in the end of a game like I’d have expected. In fact, I don’t think there actually is a way to end a game. It seems like players are just locked in a perpetual back-and-forth of guessing each others’ submissions until one of them simply stops playing. Again, it’s not something that ruins the fun, but it feels like a bit of an oversight.

Most of this is just me being nitpicky, though. I’ve actually been enjoying Cinemoji quite a bit, thanks to the ways I’ve had to think around the limitations of the emoji library. It’s extremely easy to get into, and surprisingly tough to stop. It could do with a little more variety, though.