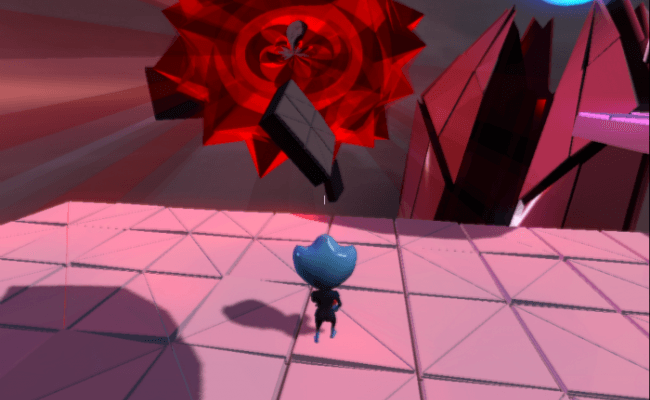 Chrono Disfunglement is the start of something great – now give us more please!

Whenever I play a game that affords me the ability to rewind what I’ve done previously, thus bringing me back from the dead and undoing the terrible jump I tried to make, or giving me an extra crack or ten at that last puzzle, I’m reminded of the fact that 99 percent of modern video games would probably be greatly improved with the addition of a rewind function. Besides having a silly name, Chrono Disfunglement plays around with the concept of rewinding time ever so gloriously, and is let down only by a combination of a slow start and an alarming brevity.

The world of Chrono Disfunglement is a strange one, giving the impression that there’s a definite storyline to go along with this odd world, yet never actually expressing this in so many words. You are a small alien being who is navigating this place of stark colors and shapes, and on each level you’re looking to reach the big swirly portal thing.

Our protagonist has a few tricks up his sleeve. First off, he’s able to rewind time, bringing himself back from the brink of death and resetting puzzles back into place. Most of the time you’ll be rewinding time to pull yourself back onto a platform that you missed, or putting a block back in its starting point.

But there’s a twist – you’re also able to rewind time for certain specific objects, and nothing else. This allows you to push blocks into required areas, use the blocks to climb up, and then fire the block back where it came from, all from the comfort of your vantage point.

There’s some interesting enough level design to be found in the midst of these simple ideas, but anyone who has played these sorts of puzzle platformers before will no doubt breeze through the solutions. It’s all very easy stuff, and with this ease comes a bit of a yawn from time to time. 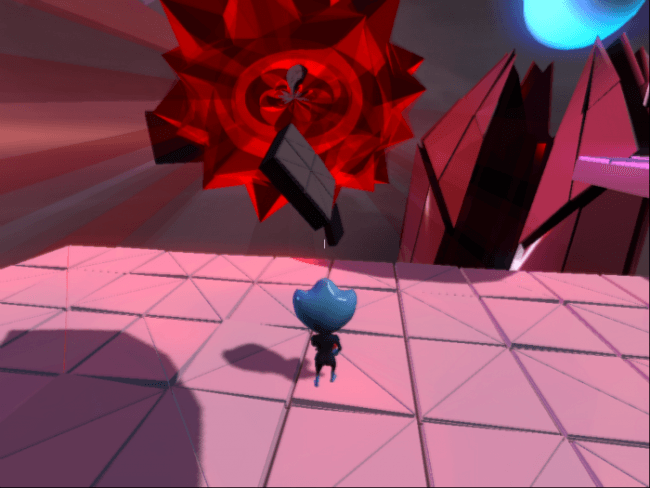 It’s only where the game later introduces the idea of explosions that things get really interesting. If you rewind an item’s movement such that it enters the space that another item is currently sitting in, these two items will take the same space, and subsequently explode on touch. The resulting explosion can be used to either catapult other objects, or even yourself.

The injection of this concept suddenly gives Chrono Disfunglement that added edge, and although the puzzles still never really get that tricky, there’s a newfound sense of awe riddled throughout. Believe me – you’ll want to wade through the first half of the game simply to see the second. 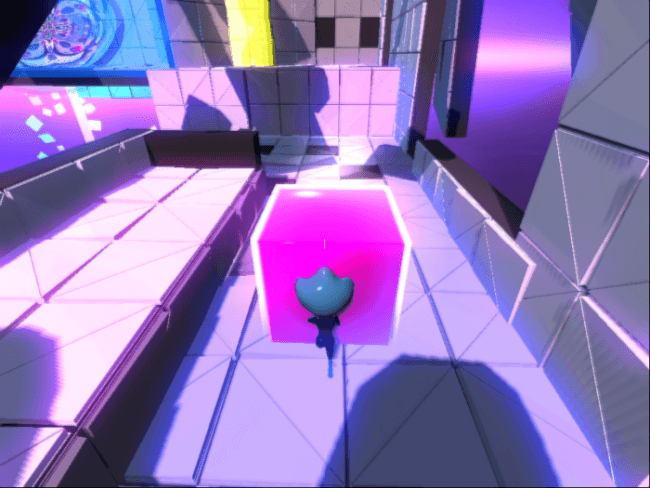 Unfortunately, it’s all over before the concept is truly and fully explored. You’ll have the game beaten within twenty minutes, half an hour tops, and while that’s a perfectly reasonable length for a free download, it certainly feels disappointing, given that the main source of excitement – the exploding blocks – takes up less than half that time.

Chrono Disfunglement is a student game, and therefore it’s possible that the concept will be taken further and featured in a much longer and more fulfilling experience. I really hope it does, as there’s a definite spark of something brilliant to be found here.