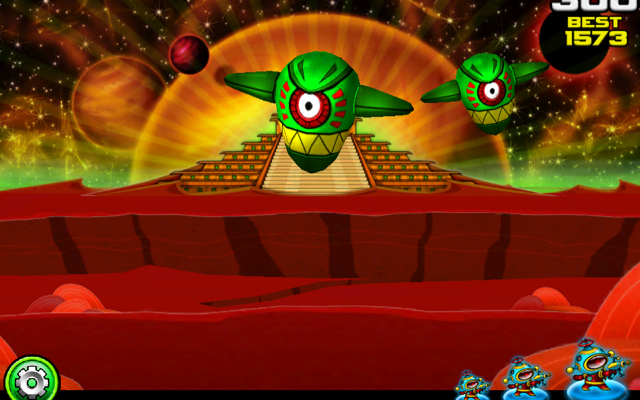 Space. The final frontier. These are the voyages of the starship Chop Chop. It’s mission? To explore strange new worlds, to seek out new life and new civilizations, and to slice everything to ribbons with the swipe of a finger. Welcome to the world of Chop Chop Slicer.

The latest title in Gamerizon’s popular Chop Chop franchise, Chop Chop Slicer tells the tale of a stranded astronaut on an alien world. Bad news for him – this planet isn’t exactly uninhabited. Worse yet, the locals aren’t quite as friendly one might have hoped. Enter the slice.

Let’s get the obvious out of the way: Chop Chop Slicer is Gamerizon’s take on Halfbrick’s immensely popular, produce-mutilating time killer Fruit Ninja. Both games are about slicing things with your finger, both offer timed and arcade modes, and both are maddeningly addictive – got it? But prejudge as you might, let me assure you that Gamerizon’s latest is more than just a simple cut and paste job of another developer’s popular formula.

Chop Chop Slicer demands a certain level of accuracy that no other game in the slicing genre seems to be looking for. Since Slicer tracks exactly where you cut rather than simply if you cut, objects will be sliced and diced exactly where you’ve drawn through them. This is more than just a cosmetic touch – the gameplay and scoring are greatly affected by how close to a perfect 50/50 split you get.

While the game doesn’t insist on 50/50 precision to earn this “perfect slice,” it’s going to be looking for something in the same ballpark. This perfect slice quickly becomes the main focus of the game, as you’ll earn huge points for every successive one you get. Perfect slices may only earn you a paltry 2 points at first, but get enough in succession and you’ll start seeing huge 50, 60, and 70 point slices in no time. Plus a perfect slice kills an alien in a single swipe – who doesn’t love that?

You’ll be able to work on getting that perfect slice in three different game modes, each of which feels unique enough to warrant a play.

Arcade mode is pretty much what you’d expect – an endless take on the slicing formula in which getting assaulted by three aliens will bring the game to an end. Time Attack is likewise fairly self-explanatory, with each hit reducing your score instead of your health, and the game ending after 60 seconds. 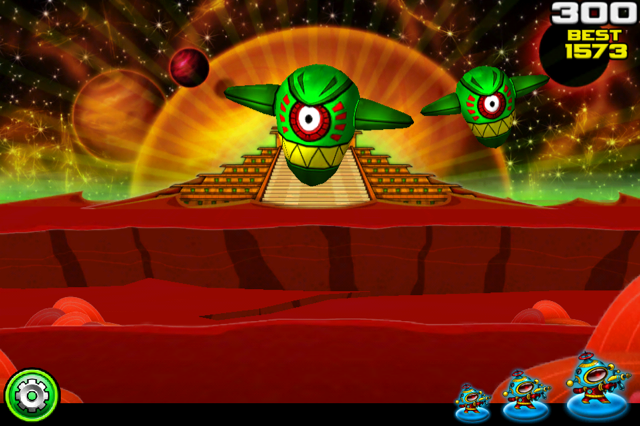 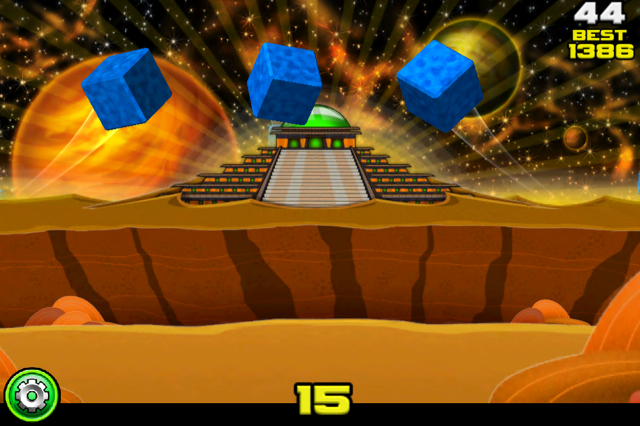 The final mode, Perfect Slicing, feels a little surgery mixed with bowling. Players will go through 10 frames of gameplay, and each frame will see players making perfect slices through as many aliens as they can until they make a mistake. Once a slice isn’t perfect, that frame ends and play continues in the next.

For a game that’s so demanding of precision to work, it’s going to need to respond quickly and accurately to every swipe. We’re happy to report that Chop Chop Slicer does this without fail.

Gameplay isn’t the only element that manages to impress here. Each enemy in Chop Chop Slicer is rendered in 3D, so as they jump around the screen and spin in different directions you’ll constantly be slicing them in different ways. What’s more, when sliced poorly you’ll end up seeing bits and pieces of enemies fly towards you as they do damage. It’s such a great little visual touch that it almost makes me wish they’d included a stereoscopic 3D option like Crash Course or War Pinball. And as is usually the case with the Chop Chop series, all of the characters are downright adorable.

While there are dozens of Fruit Ninja clones on the App Store, few of them have successfully managed to evolve the formula. To date, Paper Ninja and Food Processing are the only games I can think of that’s really worthy of that distinction. Now it looks like Chop Chop Slicer can join their ranks. While it may be a familiar experience, there’s more than enough of a twist here to make Chop Chop Slicer a worthy addition to any Fruit Ninja fan’s game library.

Love Chronicles: The Sword and the Rose Review