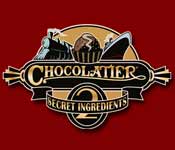 Enjoying the familiar flavor of your favorite chocolate is always a delightful experience, but game sequels face a greater challenge in that they have to bring new experiences to the table while retaining the charm of their predecessors. We’re happy to report that the much-anticipated Chocolatier sequel – Chocolatier 2: Secret Ingredients – is another sweet experience.

In Chocolatier 2, the Baumeister Confections empire has slowly fallen apart since its success in the late 1800s. The game begins 40 years later, in 1920 during the industrial age, so players have the opportunity to see cities grow as new buildings are added.

The Golden Gate Bridge (completed in 1937) and Empire State Building (completed in 1931) don’t appear at the start of the game. As time passes, these and other buildings start popping up, giving players new opportunities to explore. This new feature keeps the visits to the 20 cities – including Buenos Aires, Paris, and Bombay – from turning tedious, as you never know who you’ll meet or what new building you’ll discover. Ports also have animated scenes to bring them to life.

Another sweet addition is the laboratory where players can invent their own products ranging from sauces and pralines to truffles and exotics. Meet the right people and they’ll reveal hidden ports for purchasing rare and secret ingredients. The recipe book contains room for 72 recipes for to obtain, which you’ll be able to manufacture in six factories, and sell in four shops across the world.

One of the least favorite features in the original was the arcade portion where players shot a recipe’s ingredients into rotating circles. For example, the basic chocolate square calls for cacao and sugar, so to create the chocolate players must shoot one cacao and one sugar into each circle – messing up and putting, for example, two sugars ino the circles would result in a penalty.

Chocolatier 2 improves the ingredient shooting arcade feature by eliminating the rotating circles, which made some players dizzy. Instead, the circles move in different ways on the production line. They could move in a simple straight line or weave in and out. There’s no spinning. Depending on the product, the patterns will be more intricate as the recipes get more advanced. Players also now earn bonuses for correctly matching ingredient colors.

After players buy the new chocolate tasting lab, the researcher accepts one sack of every ingredient into the lab for creating new recipes. Players pick up recipe ideas in their travels based on clues from conversations with characters. When enough ingredients become available to make something, players click various ingredients and run a taste test. The researcher will cross out anything that doesn’t work, much like in the game Mastermind. Players keep adding other ingredients based on researcher input until discovering a new sweet creation.

Building the empire requires good management and multi-tasking skills. The job calls for watching factories to keep ingredients in stock, managing the bank account by not overspending, selling products for top dollar while buying ingredients for low prices, haggling for better prices (Beware: they could go up!), paying attention to the time of the year as prices for off-season ingredients are sky high, and changing products in the factories to keep the selections fresh or meet customer demands. This sounds complicated, but the tutorial and guidance from characters help players along their sweet adventures.

Free play mode remains the same as in the original game, where players set company goals and move at their own pace. The sequel’s music and artwork reflect the original’s high quality except where creating your own logo comes in. Since the Baumeisters have a family feud going, players need to create their own company name and logo to hide any possible connections to a Baumeister. Unfortunately, the background and images contain feeble choices in terms of quality, quantity, and colors. Only the font feature complements game’s quality.

Not only does Chocolatier 2 live up to the original, but its new features take it to another level that is sure to hook those with a sweet tooth for Pecan Chocolate Squares, Coast Rican Cacao Infusions, Filipino Cacao Milk Chocolate Truffles, and many others. The adventure in both modes last a long time, making the game as valuable as cacao from exotic places. Furthermore, the game contains no calories, so hips can rejoice!