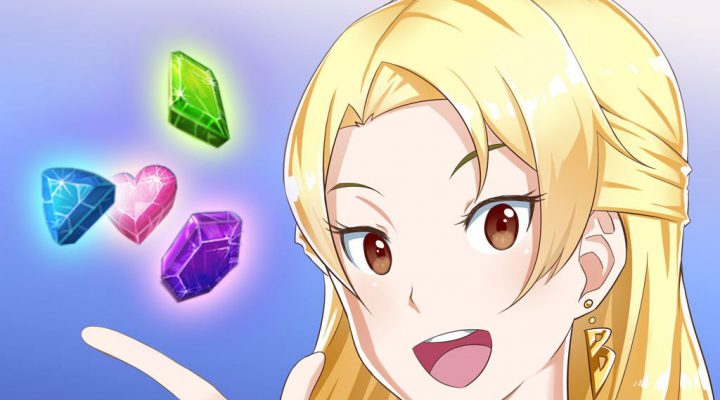 Managing multiple boards co-operatively is an exhilarating and challenging experience.

Graphics are strong but slightly more suggestive than some younger gamers might be comfortable with.

In theory, Chief Puzzle Officer has all of the makings of a solid, even innovative, match-three game. In reality, poor performance on both Android and iOS mean that many players will likely give up before getting a chance to really understand and appreciate what its developers were hoping to do. From matches not registering in-game to homepage crashes and permanent load screens between quest sub-chapters, to say getting through the game is a frustrating experience is putting it mildly.

The developers seem to be aware of at least some of these major issues, releasing a major update just days after release. Yet even after the update, at the time of this writing, these issues persist, meaning that the game will likely lose much of the crucial launch momentum needed to help it attract and retain players.

To a certain extent, this is a shame. The multi-board, multiplayer gameplay of Chief Puzzle Officer promised a faster-paced experience than the typical match-three game. When combined with its deck-building elements, Chief Puzzle Officer also promised a more intricate and strategic experience than is typical of the genre. When the gameplay works, it’s fun enough. However, with the constant crashing and load screens, it’s impossible to build up the momentum needed to really get stuck in or even to enjoy the playing experience.

Having played the game on the iPad 4, iPad Air 2, iPod Touch (5th gen), and Samsung Galaxy S6, and experiencing similar issues across all devices, this seems to be an issue with the game itself rather than with its performance on a particular piece of hardware. This being said, if you’re simply looking to pick the game up and put it down after a single round – hopefully quitting the application at the right moment between the reward from your last game registering and the appearance of the never-ending load screen.

Alongside its use of multi-board, multiplayer gameplay and some RPG elements, Chief Puzzle Officer also tries to carve out a niche within the crowded match-three genre with its distinct anime-style graphics and storyline. The storyline itself, in which you are a young Academy graduate looking to make your way up the corporate ladder post-graduation, is a welcome change of pace in a genre where the inclusion of RPG elements has been largely limited to games with a fantasy or survivalist bent. The formidable Super Gridland is a prime example here.

The anime graphics are well done and the characters are carefully drawn, however, folks not familiar with anime might find them unexpectedly sultry for a puzzle game. While nowhere near explicit, they are provocative enough that parents might want to give the game a try themselves before making a decision as to whether it’s appropriate for the littler ones in their family.

One hyped element of the game that might be a big draw for some is that Chief Puzzle Officer is its original soundtrack by composer Dale North, previously responsible for the soundtracks of Ever Growing and Silent Horror, among others. Available for purchase independently from the game via Bandcamp, it’s quality instrumental synthpop.

Still, the strong graphics and soundtrack don’t go far enough to make up for the game’s serious performance issues. Hopefully this is something that can and will be sorted with future updates — though it might take some clever marketing and promotion to help win back those who tried the launch version and gave up fast.