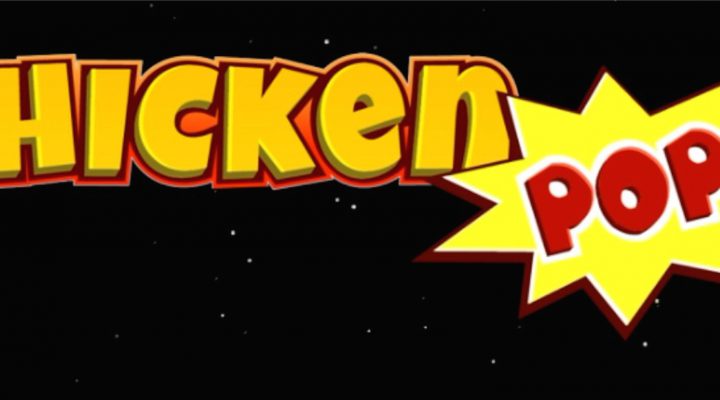 Why did the chicken cross the road?

Having spent the last few hours playing ChickenPOP!, we assume it was to avoid being fired into the air from a cannon and attacked by a killer angel.

The aim in ChickenPOP! is to get a chicken as high as you can (not like that.) You get it off the ground with a cannon, but after that your only means of upwards propulsion is bubbles.

Wherever you tap your finger on the screen a bubble appears, and if your hen lands on it she’ll bounce and spin through the air, ragdolling around at various more or less predictable speeds and trajectories. 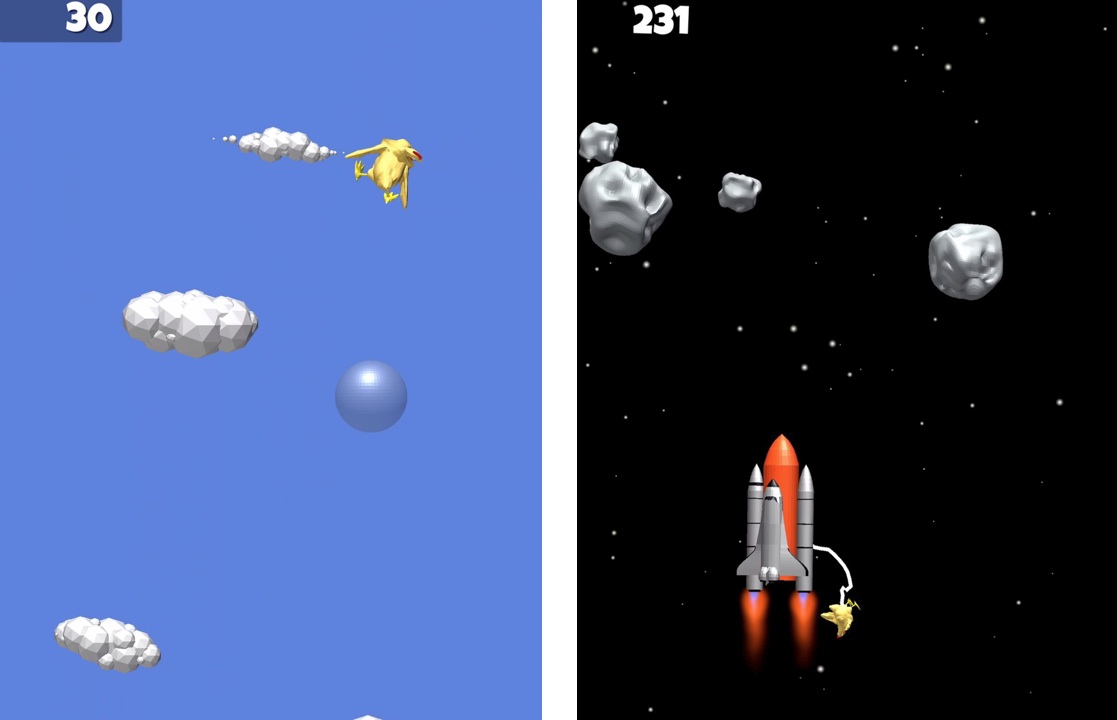 Failure is never more than one wrong move away. The best tactic is to try and get your bubbles directly beneath the hen, so that it bounces in a nice slow high arc. But if you get the angle just a little bit wrong you’ll struggle to recover.

After falling just a small way, the hen gains so much momentum that no bubble can save it, and a game over screen awaits.

Missteps aren’t your own enemy, either. There’s also the bees that buzz about, threatening to pop your bubbles, the birds that swoop and knock you off course, and the drones that actively pursue you. Fortunately you can destroy these last obstacles with a few well aimed collisions.

Next up is the space section, which is completely different from the first section. Here you control a rocket as it travels through space, your hen dangling from a rope behind it. Various asteroids and satellites and other space detritus drift across your path and you have to avoid them to survive. 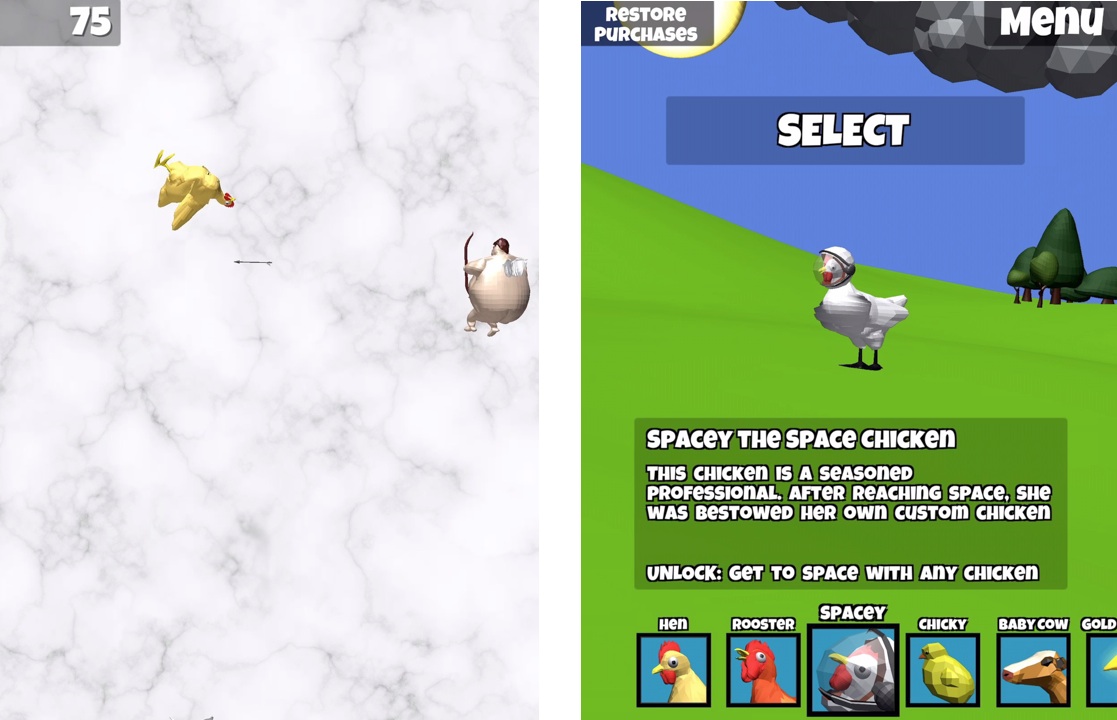 Finally, you arrive in heaven, which as everybody knows is on the other side of space. But there’s a small problem: animals aren’t allowed in heaven, so you face a volley of arrows, divine beings, and flying bibles as you climb the screen once again on a succession of bouncy bubbles.

To play all three of these stages you’ll almost certainly have to pay to unlock them, because ChickenPOP! is an incredibly challenging game.

You can also pay to unlock three extra chicken variants — a rooster, a chick, and a chicken wearing a space helmet — and to remove ads from the game, but these are all strictly cosmetic.

The level unlock really isn’t. Without it, you’ll struggle to get past ChickenPOP!’s first stage. Getting good isn’t easy, but the flipside of this is that it’s very satisfying when you pull off an impressive run, bouncing your hen far up into the clouds and taking down a few pesky drones and angels on the way.

ChickenPOP! has some shabby elements, particularly in its sometimes lacklustre presentation, but in other areas it looks great, with smooth 3D sprites reacting realistically as they get buffeted about. It’s also quite funny.

But it’s not for the faint of heart. If you’re in the market for a bizarre, fun, ridiculously challenging casual game, it’s worth downloading ChickenPOP! to check it out. You can download it now via the App Store and Google Play.