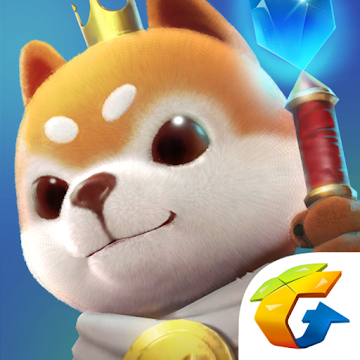 Co-op is welcome for fans who have friends

Auto Chess is the latest craze gripping mobile gaming. Ever since the developers of the official Dota 2 mod announced a mobile version it seems that everyone and their mum is working on their own version of the hit strategy experience.

Tencent is the latest, announcing and dropping their effort – Chess Rush – in a matter of days. It provides a pretty standard Auto Chess experience with two notable exceptions: a Turbo Mode that condenses the typically lengthy battles into 10 minute affairs and co-op, for those that like to play with their friends.

Before we get into that though, here’s a quick recap for those that haven’t played an Auto Chess before: while the specifics can differ between game, Auto Chess typically plays out on an 8×8 grid. You’ll go up against eight other players across numerous different rounds, swapping between preparation and battling phases. During preparation phases you’ll spend mana to purchase heroes that you can place on the grid each round. You can, and should, consider formation, placing your weaker heroes behind your strongest ones.

Heroes have a race and class, and you can get bonus perks depending on the number of a particular race or class you have out on the field. These perks typically provide statistical bonuses but they can have gameplay effects too. You can also purchase multiple versions of the same hero to increase their star ratings and equip heroes with equipment that you gather during the occasional PvE-style round. These pit your hero against AI opponents, rather than PvP opponents.

During the battle phase, your heroes battle it out automatically and you simply watch the battle play out. This means that winning is entirely down to strategy rather than quick thinking or reflexes. This is an entirely cerebral experience that rewards your strategic thinking and, more importantly, dedication. You’re going to need to learn the ins and outs of every single hero, class, and bonus perks if you want to compete at the highest level – and even that might not do it.

Chess Rush is a pretty standard example of the genre, with a wide selection of heroes, bonuses, and equipment to unlock as you progress. It features a classic mode, which plays exactly like the others, and Turbo and co-op modes, which are exclusive to Chess Rush.

You’ve got a wealth of options where Auto Chess games are concerned, so why choose Chess Rush over the likes of Dota Underlords, the official Auto Chess, Arena of Evolution, or any of the others? Well, it’s primarily down to that Turbo Mode really.

Typically, Auto Chess matches can last upwards of 40 minutes. While this is fine when you’re sat in front of a PC and have time to kill, you don’t often have that luxury when you’re on the move. Chess Rush provides Turbo Mode as the solution, which increases your mana and XP gain, and reduces your health to speed up the game to 10 minute affairs.

The good news is that it really doesn’t change the game all that much. Your typical strategies still work, you’ll just get there a lot faster. In fact, we found it hard to justify going back to the classic mode after playing Turbo, as we could get through almost four games in the same amount of time as just one game of classic.

There’s that co-op mode too, which is pretty sweet. We had a lot of fun playing with our friends and developing all-new strategies that would work with two player teams. It brings something unique to the experience and we can see many Auto Chess players making the leap over for just that.

Then there’s the overall presentation. A lot of love has gone into the look and feel of Chess Rush to make it eye-catching, and that’s a smart move from Tencent. The genre is so overcrowded that you have to do all that you can to stand out, and we don’t think there’s much more that Tencent could have done to improve on this.

Ultimately, the amount of time you spend with it depends on how much you love Auto Chess. Chess Rush doesn’t reinvent the wheel, but it does provide a solid alternative that features the faster-paced Turbo Mode, co-op, and a much higher level of visual polish. It’s easily one of the best Auto Chess-likes just yet.