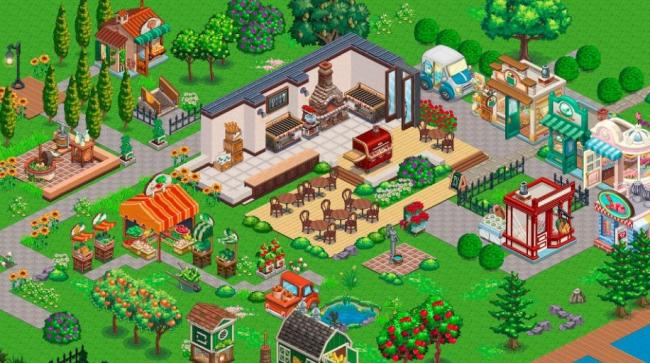 ChefVille isn’t gourmet gaming fare, but neither will it make you lose your lunch.

Facebook gaming giant Zynga is going through some widely-published problems. While the company isn’t exactly asphyxiating like a man who gobbled his rib-eye and got a piece stuck in his throat, we can’t help but look at a new Zynga offering like ChefVille and wonder if it’ll be the bulldog’s savior. To be frank, ChefVille isn’t enough on its own to pull Zynga out of trouble, but the restaurant-management game is still a polished upgrade from older, similar titles like Restaurant City and Zynga’s own Café World. Just a word of warning: You will get hungry as you play.

In ChefVille, you are a young, doe-eyed chef with big plans for starting up your own restaurant. You begin with a small hole-in-the-wall and a garden that provides fresh ingredients like tomatoes, onions, and mushrooms (sure, just feed your customers some mushrooms you found growing on your lawn. What could possibly go wrong?). As you progress, you can expand your territory and unlock stores and shops that can provide you with additional ingredients, including dairy, cheese, beef, and poultry.

The actual food preparation takes place in and on the appliances you buy for your restaurant. For instance, you can prepare a simple vegetable skewer by clicking on your grill and selecting the tomatoes and mushrooms you harvested from your garden. Or you can buy a brick oven, throw in some flour, cheese, and tomatoes that you found lying around the town, and make a calzone.

Diners chow down and leave coins. These can be used to furnish your dining area, supply your kitchen, and expand your territory. In time, if you’re persistent, you might wind up running a number of themed restaurants in diners you designed yourself, from Chinese bistros to Italian eateries.

Zynga worked hard to add a more “personal” touch to ChefVille, and in some ways it shows. For one thing, the characters aren’t as dead-eyed as Zynga’s usual cast of puppets, though that might be wishful thinking. But Zynga’s most notable attempt at bringing the player closer to the game is its new practice of mailing out actual recipes for the in-game food you cook. True, if you want to whip up bruschetta, you can Google about fifty million recipes in 0.20 seconds, but actually seeing the recipe in your inbox makes you think, “Huh, maybe I’ll try that.”

ChefVille‘s focus on food rather than customer service keeps it directly out of Restaurant City-clone territory, but it’s still a similar experience—albeit an improved, more modern one. The graphics are big and bright, and the game’s ingredients and prepared food honestly look tasty. Don’t lick your screen, though.

ChefVille‘s weaknesses are its pacing and (sigh) blocking progression until you sign up some of your pals. Your restaurant is initially tiny, and it’s surrounded by ingredient stores that you can’t use until you reach specific levels and goals. Reaching these goals take a long time, and in some instances, you need to ask your friends for help with ingredients and the like. 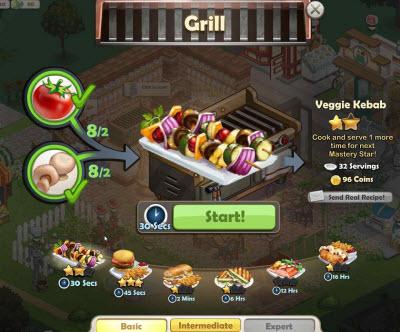 There is no simple solution to Zynga’s financial conundrum, but here’s a start: The company needs to quit making games that hold you hostage until you sign up other players. It worked for FarmVille, sure. It worked so well that people now detest “Zynga spam” and will boot you from their Facebook friends list if you ask them to sign up for a game. Sure, the genre is called “social gaming” for a reason, but how about some viable single-player options beyond the typical practice of paying real cash for invisible friends?

Despite these gripes, ChefVille is one of the better games in Zynga’s pantry. Go ahead and indulge. After all, virtual food is fat-free—and taste-free, alas.