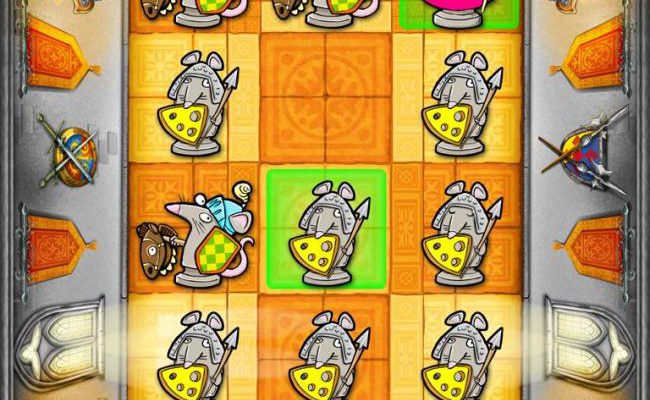 It ain’t easy being cheesy.

Cheesy Chess is a cute, challenging logic puzzler with very simple rules based on the timeless game of chess, but it suffers somewhat from a lack of gameplay variety. Chess aficionados (or those who aspire to be) may love it, but the truth is that once you’ve seen one level, you have, for all practical purposes, seen them all.

The rules of Cheesy Chess are extremely simple. The King of the Mice needs to get from one side of a room to the other. Unfortunately, the Mice Army is the worst army in the world, and instead of clearing a path for the King like good soldiers should, they just stand around and get in his way. Your job is to guide the King through the crowd to the door at the top of the screen, but the catch is that the soldiers, and the King, can only be moved in the same way as the chess pieces they represent. 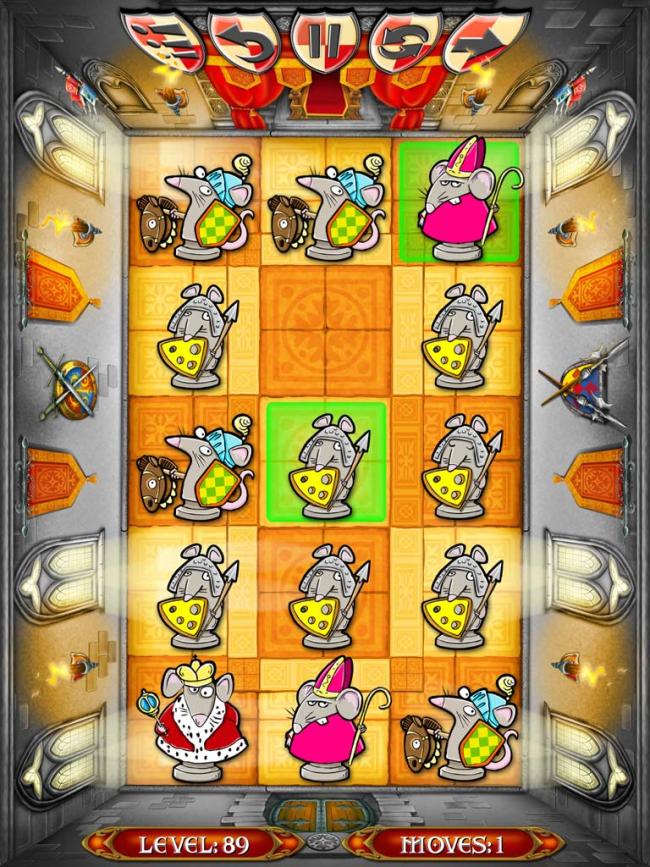 The game takes place on a 3×5 segment of a chess board. Pieces are moved by simply touching on them, which automatically sends them to the appropriate destination, and pieces that can be moved are highlighted in green, which is a nice touch for players unfamiliar with the conventions of chess. There are 100 levels divided into five stages, and scoring is based on the number of moves you take to solve a level; you start with a fixed number of points – 100 per level in the first stage, 125 in the second stage and so forth – and each move deducts a point from that total. Obviously, the fewer moves you need to complete a level, the better your score will be.

Visually, Cheesy Chess is bright, colorful and sharp – like the finest cheddar – and the mice are a cute little bunch with a vaguely clueless demeanor about them. If cute isn’t your thing, you can opt to play with a more conventional representation of chess pieces, although to be quite frank, it doesn’t look nearly as nice that way. The music is repetitive and dull, but can be turned down or off as you desire, and there are controls to take back moves (or even multiple moves), restart levels from the beginning or skip to one of the other levels in your current stage.

The concept is simple but the challenge is substantial once you’ve dug into it. The pieces are arranged in tight quarters and very specific manners, and it’s often possible to paint yourself into a corner with just a single wrong move, especially once the pawns, who can only move forward in a straight line, start cluttering up the joint. Just like in real chess, you’ll have to think several steps ahead if you want to get past the meat of the game with any kind of decent score. And if you want to see just how “decent” your score is, online leaderboards allow you to compare yourself with the rest of the Cheesy Chess milieu on a daily, weekly or lifetime basis. 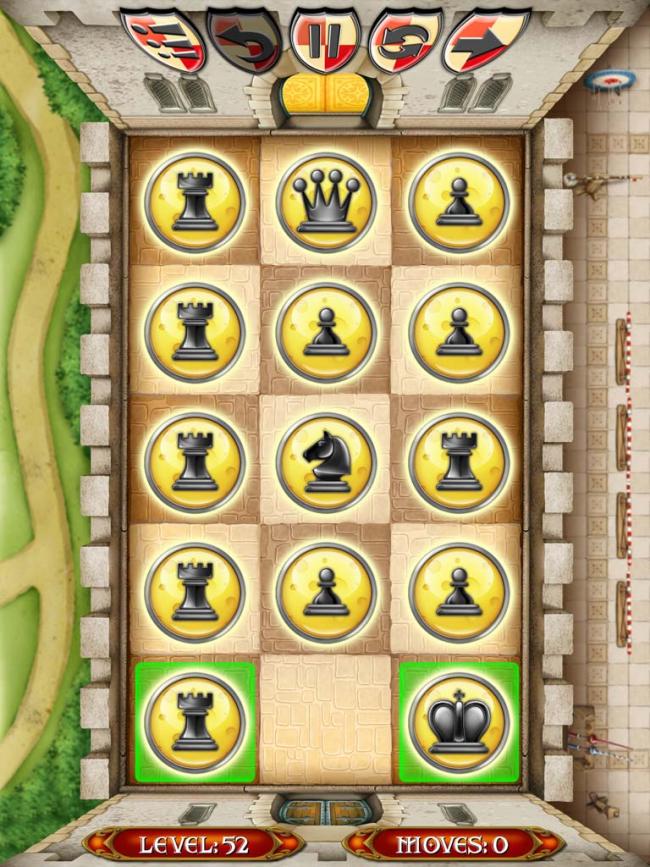 It’s a very well-produced little puzzle game with one rather glaring drawback: there really isn’t much to it. The mice aren’t animated, there are no action sequences or cut scenes between stages or any sort of surprises at all; it’s just a small segment of a chessboard that you must traverse 100 times. If you like that sort of thing – and maybe chess logic puzzles have a dedicated niche fan base, I really don’t know – then this is a great way to enjoy it, and I suspect it’d be a great tool for teaching the basic mechanics of chess.

But as a general puzzle game, I’m just not sure how it will hold up. Aside from a definite uptick in difficulty, it’s the same small puzzle over and over again, without even a variation in backgrounds except when you move to a new stage. The bottom line is this: If you have a taste for chess-flavored brain teasers, Cheesy Chess will be right up your alley. But if you’re after something that mixes it up now and then to keep you on your toes, you’ll probably find that it wears thin in a hurry.