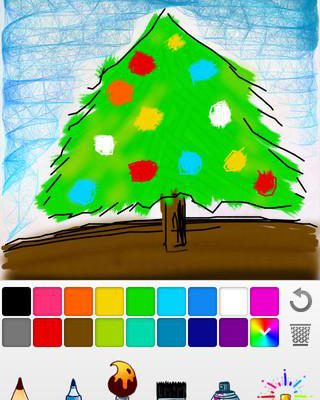 On5 upgrades its iOS Pictionary title with Charadium II

The popular iOS picture-guessing game of Charadium has received a shiny new coat of paint and has been updated and transformed into Charadium II. Containing all the same elements that made the original enjoyable, the multiplayer application of crudely drawn concoctions and random guesses now comes with a handful of new drawing tools and features to play with. That said, the title also comes with much of the same quandaries of its predecessor as well.

For anyone that hasn’t played the original Charadium, the game is essentially an iOS version of Pictionary. Players join a group of either friends or random individuals and must guess what a random person is attempting to draw. The faster the answer is submitted, the more points are earned. Then, when it is a person’s turn to draw, they are given a selection of odd topics to create (e.g. “mud”) and use a gamut of tools to try and create it. Playing over 15 rounds, everyone gets a chance to draw and guess, and really it all comes down to leaderboards and high scores. The game is simple and Charadium II keeps that simplicity intact. However with the update, several new mechanics have been added to improve the experience. 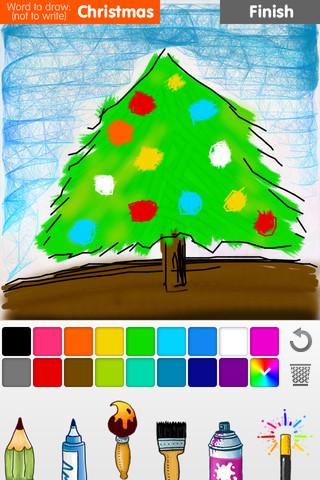 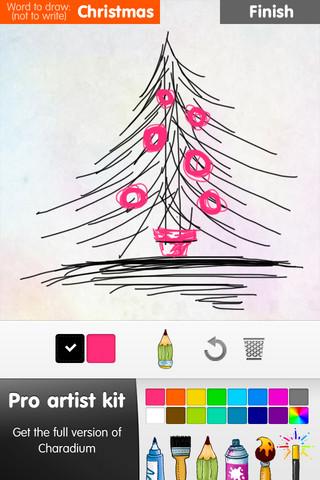 The most direct addition to the essence of Charadium is the addition of new drawing tools. This includes things like markers, a spray paint can, paint brushes, and more colors. However, such is only available for the paid version of the application, and those utilizing the free version are far more limited in what they can create. With the new artistic tools though, it is unfortunate that the game doesn’t have a means to just let users draw and practice.

Regardless, there is a feature close to that in the form of the new game mode Ping Pong. Typically, Charadium game modes are live and synchronous, but Ping Pong adds an asynchronous, turn-based method of play. Here, everyone draws and guesses on everyone else’s drawing at their own pace. Once everyone has drawn and made their guesses, the next round is initiated. Additionally, the mode also hosts a lobby chat.

The other nice mode of mention is one dubbed King of the Hill. It works somewhat similarly to the Classic Charadium mode, but not everyone will necessarily be able to draw. Since the game is score-based in general, King of the Hill takes advantage of this and gives the drawing privilege to whomever currently holds the high score, adding some nice competition to the game. 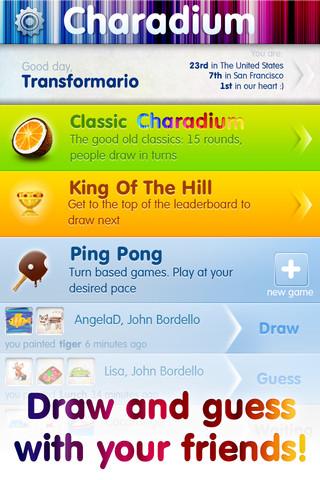 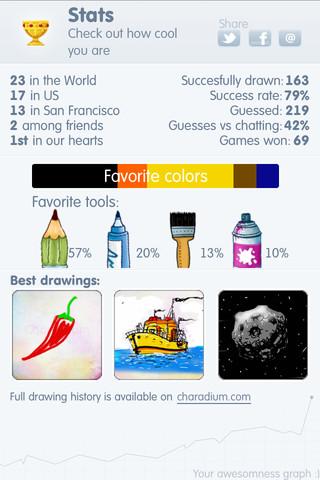 On the downside of things, Charadium II has many of the problems that the original had. There is nothing really wrong with the game itself, but as a live, online game it is subject to much of the irritants and immaturities of the Internet. It doesn’t happen all the time, but when it does, the experience is brought down when the chat gets abused. It is possible to “warn” people, but it still doesn’t prevent the issue. Unfortunately, such is the nature and reality of online play.

All in all though, Charadium II is fun in the right hands. At worst, it can be difficult to draw, but the overall concept is as simple and solid as it was in the original. There are a few sour grapes that can ruin the experience for others, but such is few and far between, and the new game modes and drawing tools make the play an improvement over the predecessor. Moreover, if anyone out there hasn’t tried the Charadium, at least the free version of Charadium II is worth a try.