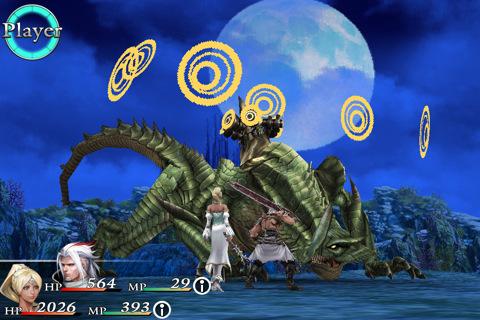 Everything old is … still old, but still good.

Last year’s Chaos Rings was pretty revolutionary when it came out for iOS devices. It was beautiful, it was fun, and it was the coolest RPG experience to ever come to the iPhone. Of course, this wasn’t exactly surprising since it came from Square Enix, a publisher known for delivering quality RPGs. Now, Chaos Rings Omegahas come to the App Store, and it’s a little weird to play, mainly because it feels so dang familiar.

However, there are some differences with the story and its style. Instead of focusing on multiple couples, the plot solely follows the adventure of Vieg (who appeared in the first game) and fleshes out the origins/workings of the Arc Arena a bit more. The only problem is that the story assumes that players are already familiar with the first game, so things are kinda hard to understand if you’re new to the series.

The story isn’t the only thing that will feel like a bit of a retread, as the gameplay is pretty much unchanged, too. That said, this isn’t really a bad thing… it’s more of an example of developers subscribing to the “if it ain’t broke, don’t fix it” school of thought, and that mentality actually being justified.

The gameplay largely consists of turn-based combat, along with a bit of exploration and puzzle-solving mixed in. This, too, is pretty much what was in the first game; the mechanics are still solid, characters are easy to control in battle, and interacting with various elements is a breeze.

Of course the game looks simply stunning, especially in HD on the iPad’s screen. Much like in its predecessor, Chaos Rings Omegahas an amazing-looking world that’s full of memorably-designed characters. Characters are sharp and detailed, looking like they’re straight out of a late PlayStation or early PlayStation 2 game. 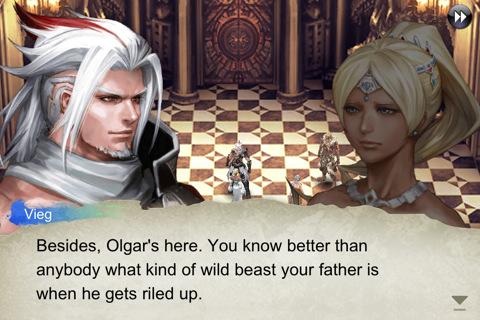 Now, while the game looks fine, a lot of the art assets are borrowed from the original Chaos Rings, though the characters look like they were up-sampled for HD displays. On top of this, the static backgrounds often look kinda fuzzy. When I played Chaos Rings on the iPhone, the visuals seemed razor sharp. On the iPad, it looks like the game’s environments were simply enlarged from lower resolutions, hence the fuzziness.

The main problem with Chaos Rings Omegais the same problem that Square Enix faces with so many of its Final Fantasy games: it’s really only going to be appealing for hardcore fans of the series. That’s a shame, too, because it’s not a bad game, but it’s alienating for anyone who hasn’t played Chaos Rings. If Chaos Rings Omegasounds like something you might be interested in, we’d advise you to download the original Chaos Rings first.