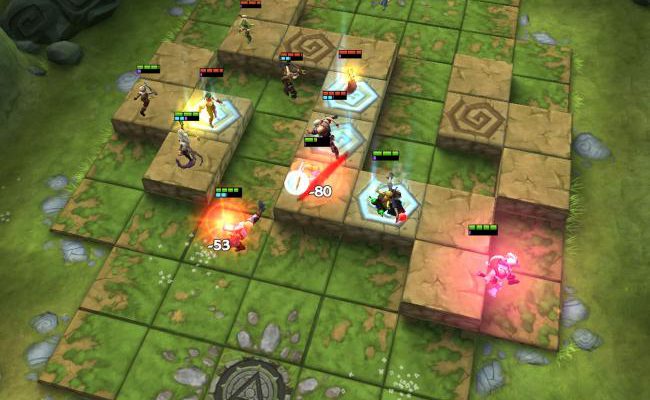 Not so much the champion of plentiful features

Champs: Battlegrounds will feel familiar to those who have played Final Fantasy Tactics or similar RPGs. The premise is much the same: two teams battle each other on a gridded battlefield. Players tap on their characters and tell them to move, attack, or use abilities. When a character takes too much damage, it dies and the other team scores a point. The first team to score a set number of points wins. The point-based formula leads to some traits not found in similar games, such as characters respawning a few seconds after their death.

The biggest unique quirk to Champs: Battlegrounds is that the entire game runs in real-time. Instead of having time to carefully plan and execute a strategy, players are forced to jump in head-first and think on the go. Each character is accompanied by two bars: a health gauge and an energy gauge. The health bar is nothing out of the ordinary, but energy helps set the flow of a match. Every time a character moves, attacks, or uses an ability, it consumes a set amount of energy. Energy is constantly recharging, but it’s slow enough where players need to consider the ramifications of each action.

Team building is a major part of Champs: Battlegrounds. Each team has six characters, and after the game’s tutorials, players have access to three basic classes. As players play and earn Battle Points (or purchase Quark Points), new classes will become available. Each class is assigned a tier ranking. Weaker characters are in Tier I, but they’re also much cheaper. Stronger and more expensive characters fall into Tier II, but there’s currently a cap on how many Tier II characters are allowed on a multiplayer team. There’s no hard limit on how many of each class can be on a team, but for multiples to be active, that class much be purchased numerous times. This feels like a redundancy, and can be quite frustrating. 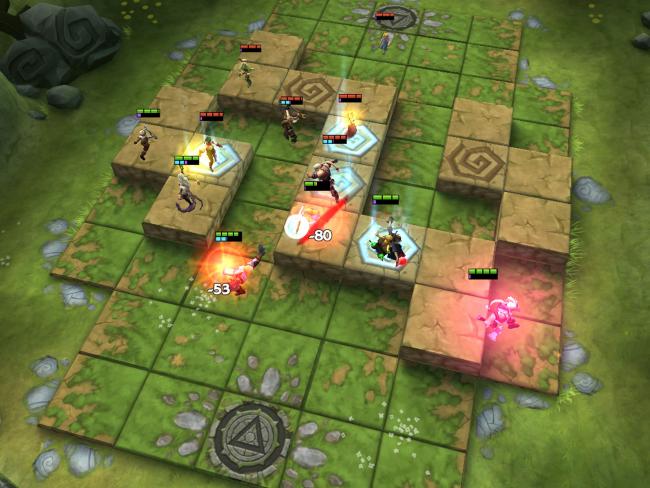 Offline play is a nice way to slowly build an army. There are 30 levels available, ranging wildly in difficulty. There’s not much of a storyline that goes along with the levels, so their best use is to learn the gameplay, become familiar with different classes, and use points to build the army. There’s not much depth to the single player offerings. Players can replay levels at any time to earn more points and improve their rank, but the single player experience gets old, fast.

On the other hand, the online multiplayer is very well executed. Using the currently-set army, finding a match is as simple as pressing a button and waiting to be connected. Once in a match, both teams will face off in a first-to-ten battle. There’s no ranking system or leaderboards, so the only real reward for matches are the Battle Points earned. That said, the online matches work wonderfully. The ten-point cap can make for long matches in certain situations, and the real-time gameplay requires players to hang around for all of it. Online matches are mostly fun, but can be occasionally on the tedious side. 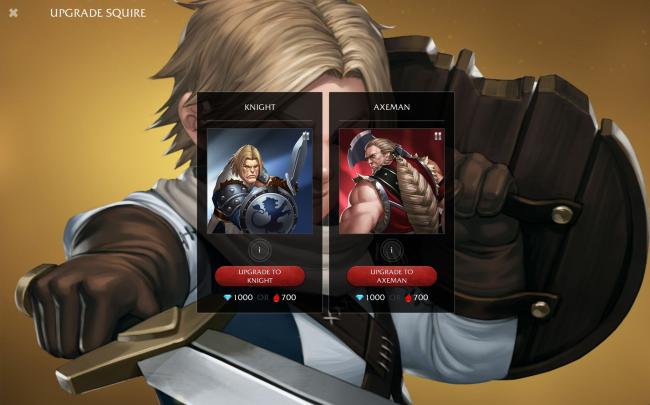 Champs: Battlegrounds is a very straightforward game that does a lot right, so it’s hard to pinpoint it’s biggest issues. All things considered, the game has a problem with motivation. While unlocking new classes is fun, and some matches are filled with constant action, the game offers little reason to put in a ton of time. That’s not to say what’s present isn’t good. Champs: Battlegrounds is an excellent game with a fun premise. Unfortunately, the lack of a storyline and multiplayer rankings is a combination that ultimately hurts the experience. There’s no reason to not try Champs: Battlegrounds, as most players will find enjoyment, but how long that joy lasts is the biggest question.