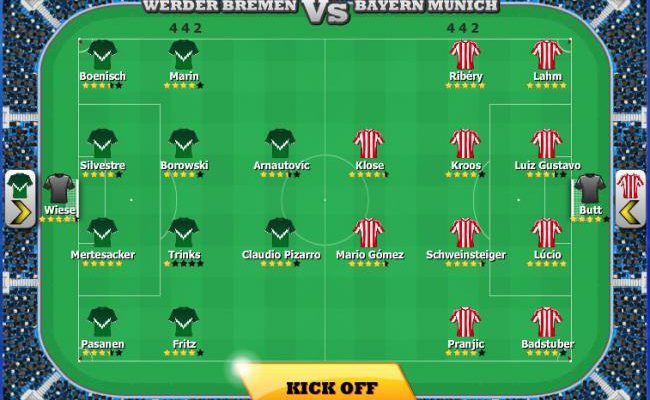 Championship Manager: Rivals isn’t quite in the top division of soccer management sims

Now that the Champion’s League final is done and over with, there are plenty of soccer fans looking to fill up the void left by the off-season. Facebook is a great place for that, with games like FIFA Superstars, Bola, and now, Championship Manager: Rivals. Like most of its competition, Championship Manager is about managing a team, as opposed to actually playing. And while it does an admirable job, it’s also missing some key features that hurt its longevity.

When you first start out you’ll need to pick your squad. Championship Manager features fully-licensed teams and players across nine of Europe’s biggest leagues, including top flights like the English Premier League, German Bundesliga, and Spanish Primera Division. Once you actually head into a game everything is simulated, you simply get the highlights in text form. So it’s your job to make sure you put the best possible team on the field to give them the best shot at winning. 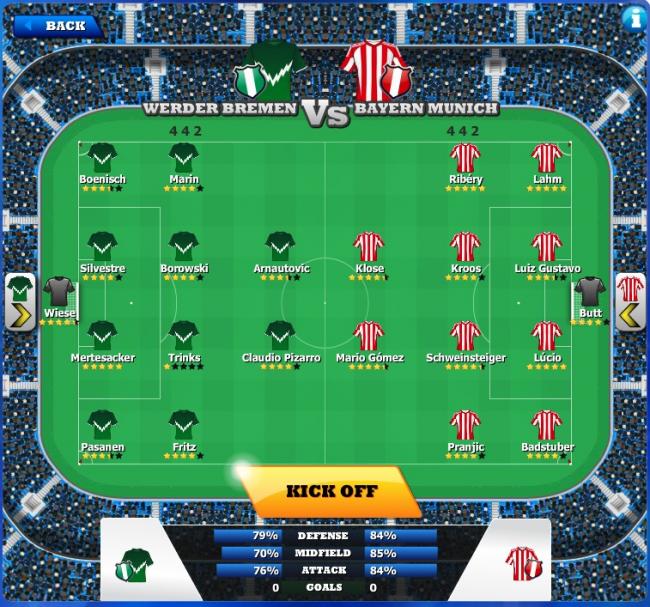 You can manage your team by changing tactics or swapping players around, and you can also head out to the transfer market to find some fresh blood. This feature, though, works quite oddly. As opposed to searching for specific players or browsing through team rosters, in order to find a potential transfer you’ll need to send your scout out and give him certain parameters. You could, for instance, ask him to go to Holland to search for defenders, or France to look for a new keeper. After a few games he’ll return with a list of candidates, at which point you’ll have the option to trade players and money to get some new stars.

Not only is this unrealistic, but it’s also very frustrating if you’re in the market for a specific player. During an entire season we never managed to scout one single superstar player.

The other key to keeping your team going is training. Each game takes its toll on your squad, so they’ll need to be revitalized with a bit of exercise. You’ll need to arrange different exercises to create the best possible workout, and then simply wait a half hour or so for the drills to be completed. As in real life, training is key to success in the field. 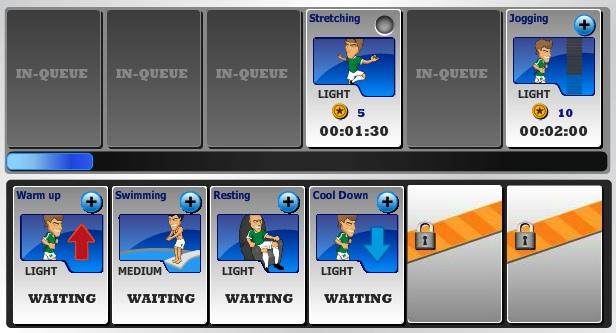 Aside from the way the transfer market works, the game is largely enjoyable. You have a lot of control over your team and the game keeps track of stats and even provides brief histories of every club featured. The problem is that there simply isn’t enough. You can play through a single season, and then go on to the next, but that’s all there is. There’s no national or international cups to compete for, which is a huge part of the game, especially if you’re playing as one of the larger European clubs. There also currently isn’t any real social features, though friendly matches against friends are said to be coming soon.

Championship Rivals is a solid management experience that, with a few additions, could turn into a truly addictive game for soccer fans. Fix the transfer market, implement some social features, and throw in some additional leagues and tournaments, and it could well be the best soccer management game on Facebook. But right now it’s risking relegation.