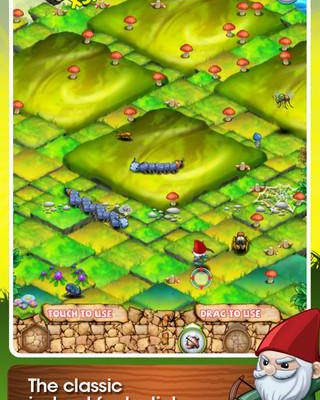 This classic remake won’t bug you

Bust out your roller skates, brightly colored headbands and leggings, and grab a fist full of quarters, because we’re going back to the eighties. Oh wait, sorry. Just go to the App Store and download Centipede Origins instead. It’s much easier and you’ll look far less ridiculous. The Atari classic is back with some major graphical upgrades, new game modes, and more–the biggest being that it’s now far more portable than an arcade cabinet.

If you ever had the great fortune to get your hands on the track ball of an original Centipede game, then you are no doubt very familiar with how the game is played. For everyone taking their first foray into the world of the arcade hit, here’s a quick summary: You control a character at the bottom of the playing field, with room to roam about and fire at the oncoming centipedes which fall from the top half of your screen. They bounce back and forth through the maze while you fire away at them. Once hit, segments break off and continue on until you manage to destroy them as well. Other enemies also appear as difficulty increases.

New elements that Centipede Origins introduces include a half-hearted attempt at a story (the gnomes must stop the insects from destroying their village), varied levels that provide some new landscapes for your small adventures, acquirable weapons that will give you a full arsenal to stop the many-legged assault, and obviously much improved graphics–although the pixels on the 1981 version of the game would have been extremely crisp on the iPad display. 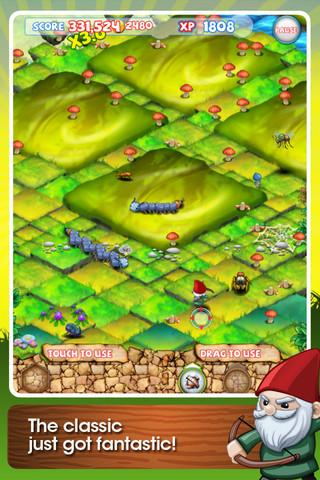 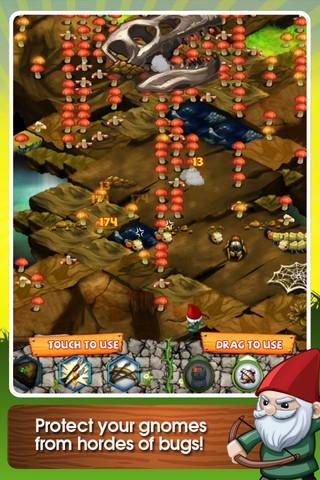 The trackball that gave gamers in arcades such precise control is, of course, gone in the portable update. That’s okay though, because the swipe controls work great with this game. Grab ahold of your gnome and let him fire away–moving the character is a breeze and the range of motion doesn’t feel limited in the least. The only thing that does get annoying is that with your free movement, sometimes an accidental flick or poor placement will put you right in line for an inconvenient death… especially from spiders. It definitely doesn’t do enough to bring down the game vastly, and mostly just reminds you to be cautious at times.

Adding to the game, a variety of levels was one of the better things Atari could have done with Centipede Origins. The first level feels extremely reminiscent of the original arcade game, but moving forward into the more challenged landscapes gives this title some much-deserved new life. It doesn’t feel like it’s too much creative license either, which can often be the case when older titles get handled by entirely different teams. Instead, it feels like these are levels that the original designers may have made if the technolgy had existed at the time.

One thing that definitely hasn’t changed? Atari still wants your quarters. In a move that would be frowned upon by the arcade dwellers of the classic era, Centipede Origins offers the ability to buy tons of power-ups. Having that much fire power at your finger tips would be almost nonsensical, but the game still offers up the in-app purchases at very possible turn. They aren’t necessary, and I’d argue that the feeling of accomplishment is far greater without them. 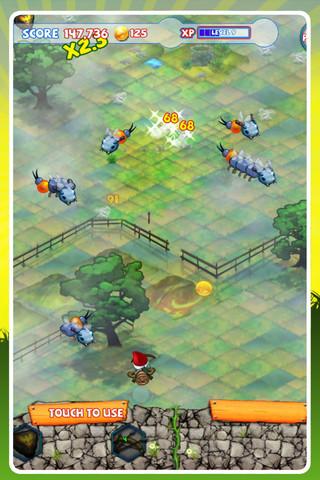 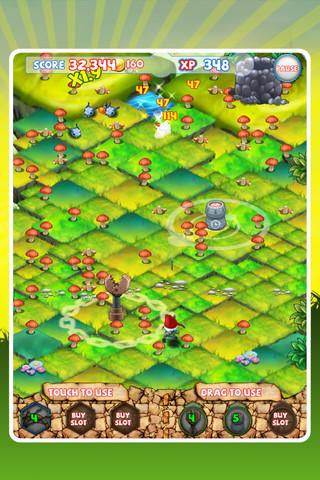 Show Centipede Origins to a gamer that mastered the subtle spins of the trackpad in a dark, foggy corner of an arcade and they may not recognize it. But put the game in their hands and it’s almost guaranteed that they’ll be picking off the legs of the onslaught of insects in no time. Centipede Origins is true to the arcade classic in pretty much every way that one could want, while adding enough features to keep a new generation of gamer interested. The in-app purchases are annoying, but mostly because they’re not needed – and that’s ultimately a good thing. This title proves that there was something to those classic games other than just nostalgia. Great titles come from all eras, and Centipede just happens to have another hit on its hand over 30 years later.