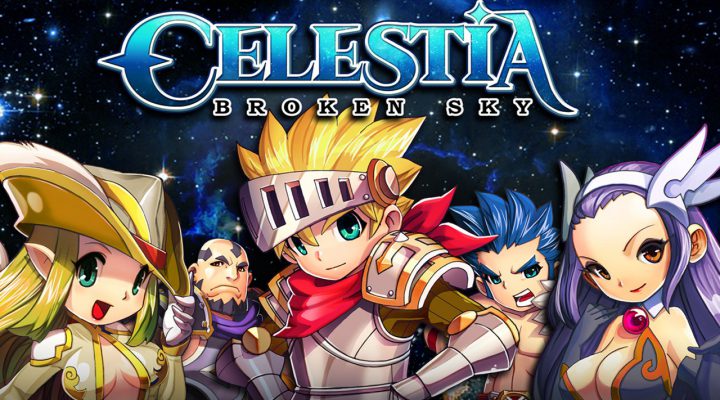 Caters to two types of playstyles.

Outward appearance may deter some.

Celestia – Broken Sky is a game that surprised me. Not because it introduced some new, groundbreaking mechanics, but because of how my overall experience with the game juxtaposed my initial reaction. As the saying goes, never judge a book by it’s cover. The same is true of video games. You should never judge a game by it’s loading screen — no matter how many skimpy, anime girls are posted up on it.

A little annoyed (it’s just not a style I’m comfortable with), I went to scope out the ZQGame’s website to see what the rest of their released titles looked like. Unsurprisingly, Celestia’s art direction was not a fluke. Their game’s library gallery is filled with the same types of artistic choices. Annoyed, but not deterred, I went back into Celestia to see how the game itself played out.

To my surprise, Celestia – Broken Sky turned out to be a solid little turn-based RPG that caters to players who are seeking two very different gameplay experiences. 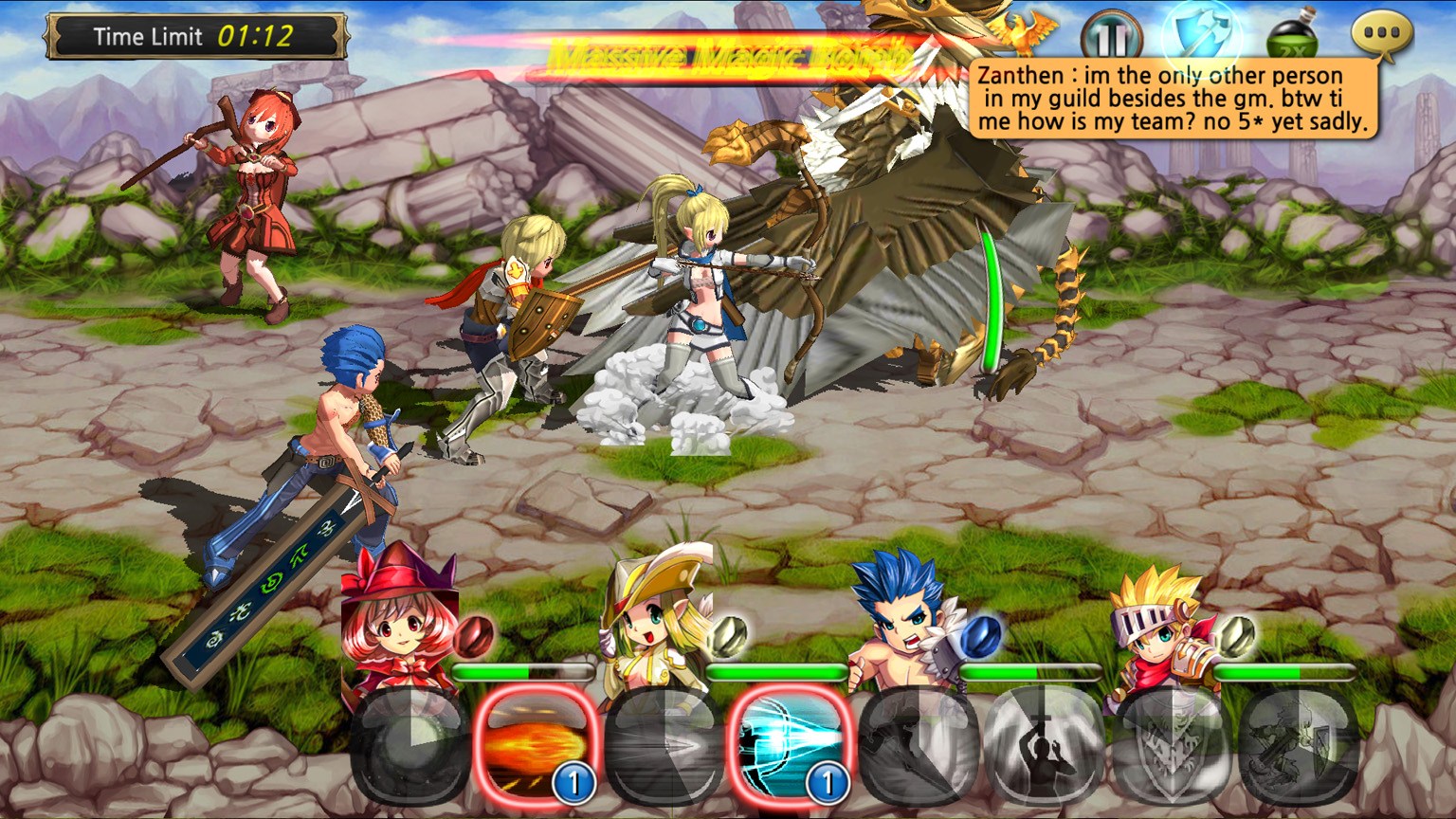 The story in Celestia is pretty standard and forgettable; something broke apart the world and now there are monsters everywhere that the player (and team) must destroy.

Immediately, I was impressed by how the game looked in motion. It may be hard to tell from the screenshots, but the gameplay is rendered in 3D. The characters are fully animated 3D models that hack, slash, and shoot their way through the gauntlet of enemies in each level.

The result is, quite honestly, spectacular. Each level felt like the penultimate moments of a Saturday Morning cartoon, where the action is non-stop until it’s over.

Here’s where Celestia gets really interesting though: the game features an auto-play mechanic that allows the players to sit back and watch the action play out in front of them with no interaction on their part. A second option also exists to speed up the gameplay to run twice as fast, so not only can players choose not to partake in the action portions of the game, they can choose to accelerate through the sections twice as quickly. This allows players who enjoy the team-management aspects of RPGs to enjoy Celestia without having to partake in the combat whatsoever.

Of course, if you wish to you can opt to control the combat as well as manage the team, but it is neat that the option for both exists to begin with. 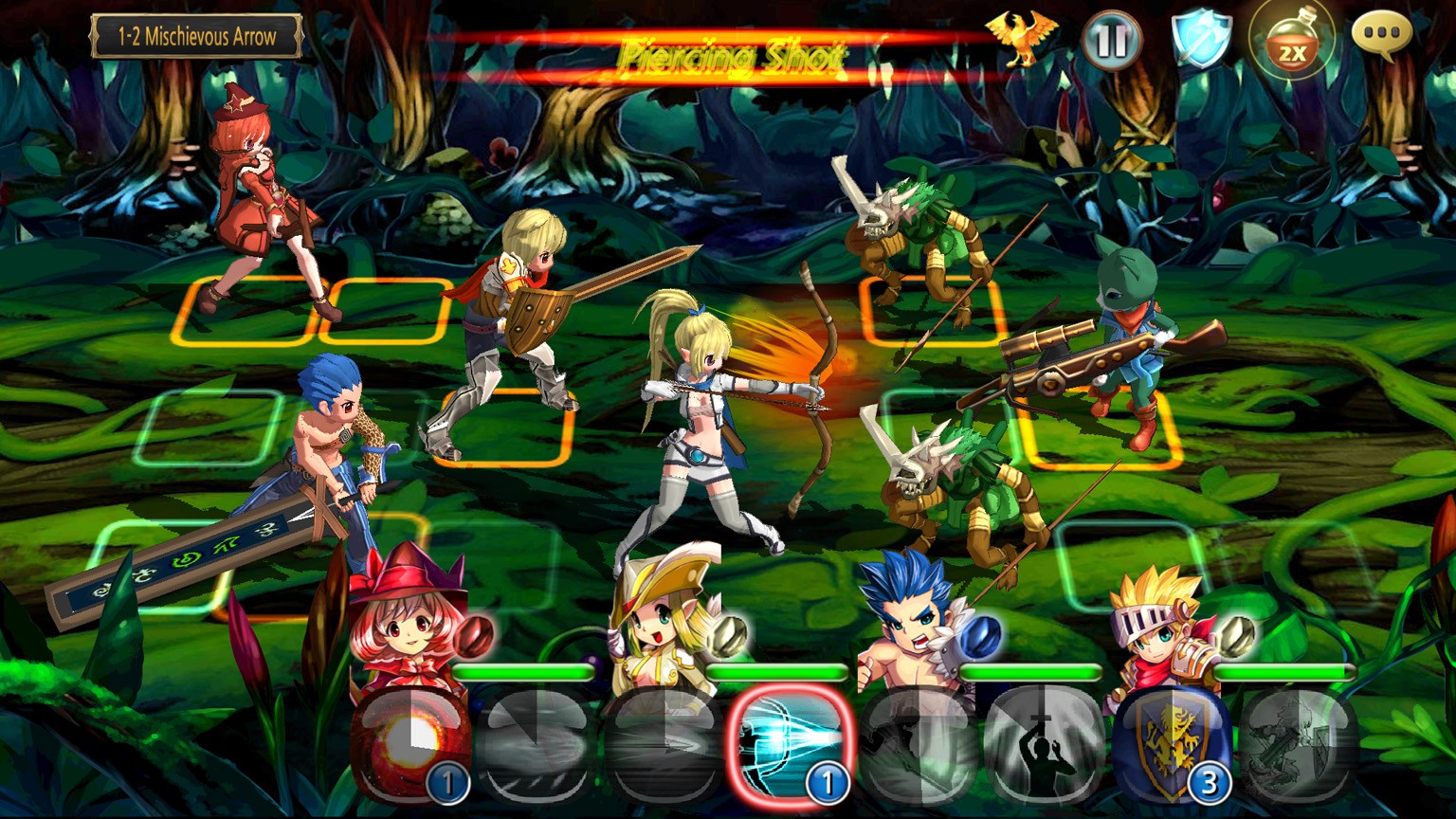 What isn’t so neat is the game’s grammar. There were many issues I saw throughout my experience, like sentences starting with lower-case letters, misspellings, and so forth. It’s possible that Celestia’s developers don’t speak English natively, but even if that’s the case, they could have put a bit more effort into their text/dialogue edits to help smooth out the rough edges.

Celestia features all the trappings of a free-to-play RPG. In fact, it’s pretty standard in that regard. What refreshing, however, is how the game makes room for two different player preferences and looks spectacular during the actual gameplay sequences. It’s a solid little RPG that I’m you’ll be able to sink some serious time into.

WWE 2K Review: Just a Touch of the Big Time