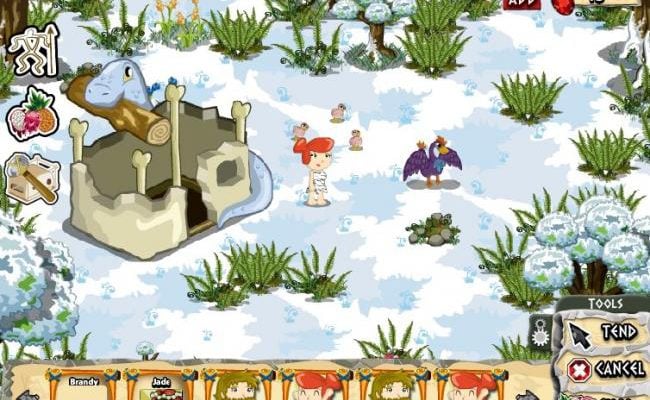 Want to play the most blatant clone of FrontierVille that you’ll ever find? Try CaveTown.

CaveTown is one of those games that technically functions and is playable, but contains absolutely no originality. Unless you’re looking to relive all of your past experiences with FrontierVille (down to the letter) but in an even earlier timeframe, you’re better off sticking with the original – the game that did it first, and the game that does it best.

To put into perspective just how similar Zynga’s FrontierVille and ikiGaming’s CaveTown are, all one needs to do is simply install CaveTown on their profile. And by install we mean load the game in a new window, since it doesn’t even run in Facebook proper. 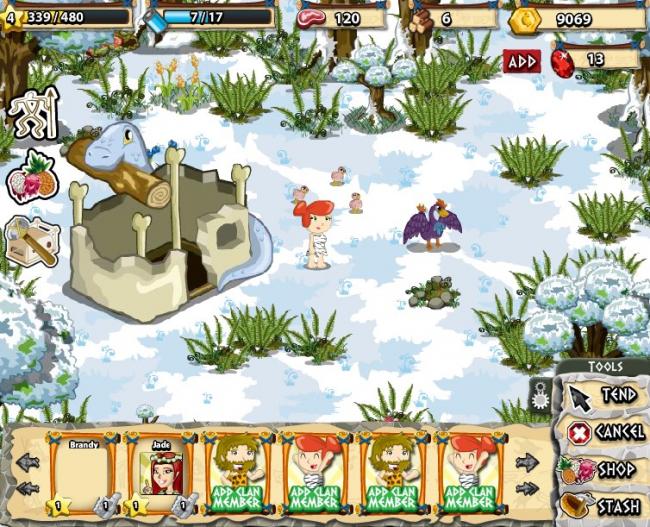 From there, you are introduced to the game by a wild woman named Jade, who serves as your guide of sorts, and your computer controlled neighbor (ensuring that every player has at least one other “town” to visit). You’re told how to chop down trees, harvest crops, and tend to your animals, which will grow over time. Sound familiar? It should, as this could have been taken word-for-word from any written introduction to FrontierVille.

To make matters worse, the opening goals of the game copy those found in FrontierVille, right down to forcing you to build your Stone House (read: Cabin) by “whacking it” and then collecting building ingredients from friends in order to finish it off.

Theme wise, the game does differ, since you are playing the game in the time of Cave Men (or Cave Women, if you’d prefer), but even that is laughable, as the female avatar looks so much like Wilma Flintstone that we wouldn’t be surprised if Warner Bros. (formerly Hanna-Barbera) sued. 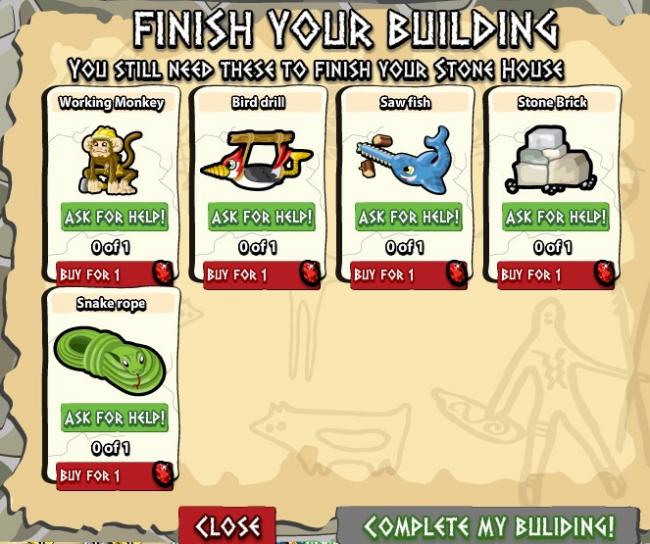 CaveTown continues its journey toward “rip-off” mastery by including Bonus items that appear when performing actions on your land, with clicking on these items filling a Bonus Meter, offering you bonus coins. Altogether, you’ll collect Wood, Food, and Coins that can be spent on new buildings, decorations, animals, and crops, and you’ll use Energy to complete most every task – it’s nothing we haven’t seen before, just in a much less polished and ultimately less fun way.

The only thing that positively sets the game apart is the speed with which your character performs tasks. That is, you can clear a tree or harvest a crop quite quickly, so you’re not just sitting, waiting for your queue of actions to empty. However, with poor click recognition, you might find yourself clicking on trees instead of the Bonus items that have appeared on top of them, and you’ll waste energy as the actions complete before you have a chance to “Cancel” them. 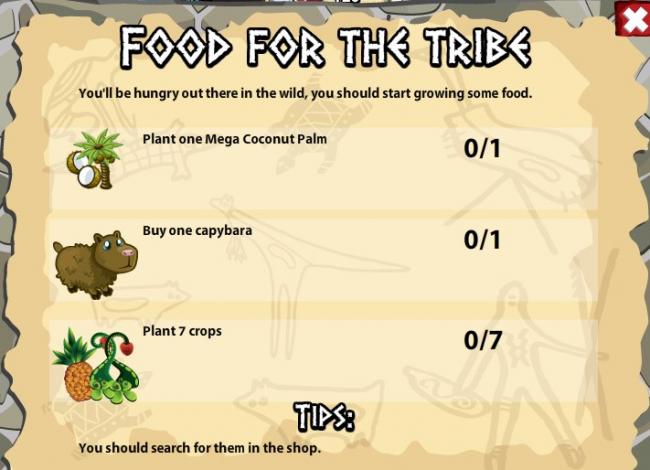 Adding insult to injury, CaveTown is one of those games that “require” you to grant unlimited posting access to your Facebook wall in order to install the game. Luckily, Facebook’s Applications Settings page allows you to revoke this access (do you really want every little action publicized to your wall without your consent?), but CaveTown then forces you to go through an extra step each and every time you load the game thereafter, so that it can try to force you to allow said posting. You can hit “Don’t Allow” to skip this step, but it’s annoying to have to do so, as it slows down the loading process, which is already quite slow to begin with.

While it’s completely normal in the world of Facebook game development for titles to be similar to one another (look at CrowdStar’s Happy Island and Playdom’s Tiki Resort, as but one example), when a game like CaveTown comes around, which is nothing more than a complete copy-and-paste job of another title, lacking almost entirely in any original thoughts, I feel an example needs to be made.

Unless you are a glutton for punishment, willing to complete the same difficulty of tasks as found in FrontierVille, only without the help of loads of friends to do it, avoid CaveTown.