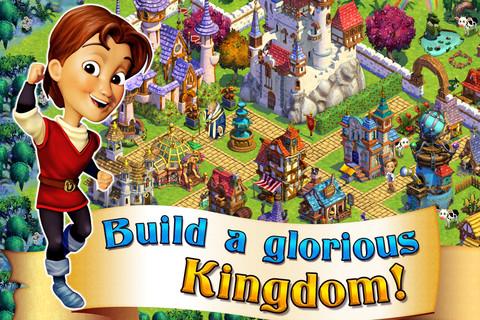 A lot of kingdom-building sim games seem to have a common problem. They draw you in with early promises of being able to build your very own realm stocked with crops, animals, decorations, and quests. Then, just as you’re really getting the hang of being a regal landlord, your allotment of energy runs out and you’re forced to wait. Castle Story is another otherwise-decent simulation game that subscribes to freemium’s most annoying rules. I should be able to play for more than five minutes at a time! I’m a king, dammit!

Castle Story begins by crowning you the new Lord or Lady of a small and rather scraggly kingdom. Your job is to turn your shanty town into a glowing medieval city. You have a few tutors to help you on your path, including a self-important baron and a magician-turned-goat (long story). Typical of most sim games, the folks you meet issue quests that help your kingdom grow. In other words, you gather a lot of materials, cut a lot of trees, grow a lot of crops, tend to your animals, build houses and fortifications, decorate your homestead, and so on.

Even though the tasks you perform in Castle Story are familiar and a bit repetitive, there’s also something comforting about gradually building up a kingdom from nothing. It’s also fun to tend to trees and flowers, and to watch your animals grow from babies into adults (incidentally, when you feed your cows, they offer up leather in exchange even though they remain alive — maybe it’s best not to even ask).

Problem is, you’re granted a set amount of energy, and everything you do costs a unit. You might get in five minutes of gameplay before you’re forced to stop and recharge (or pay real money for a recharge, natch). History has few recorded instances of kingdoms that were built for five minute spurts in-between fifteen minute breaks.

What’s also frustrating is that you need to meet a set of requirements before you can expand your kingdom. This means having a set amount of gold, plus at least one item that you need to harass a friend for—though there’s an off chance you may be able to find it yourself, or assemble it in your workshop. Don’t count on it, though. 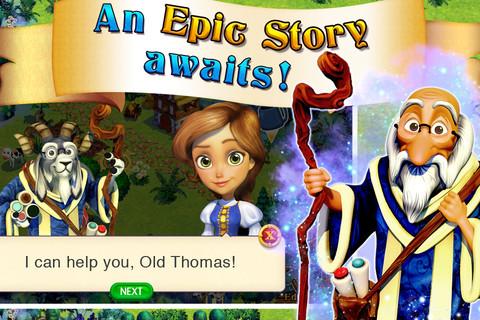 It’s a shame Castle Story reigns you in so much, because in other regards it’s a solid (if not predictable) castle/town-building simulator. The graphics look good, the animations are smooth, and the character dialogue is amusing.

There’s not a whole lot to lose by trying Castle Story — it’s free, after all — but don’t expect to become Lord of All You Survey in a huge hurry.