Castle: Never Judge a Book by Its Cover Review 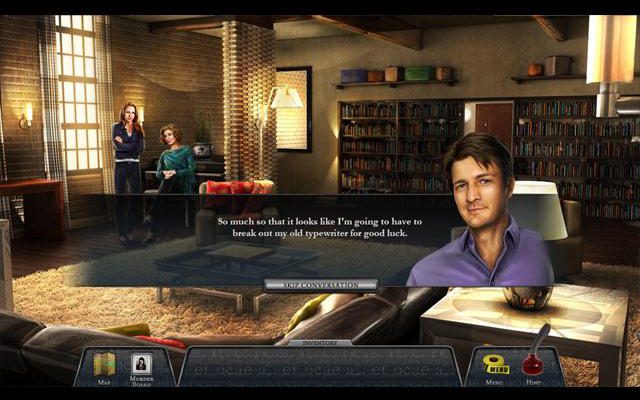 Castle is a fun and entertaining HOG, even if you’ve never watched the show.

The television drama Castle follows novel writer Richard Castle in his adventures with detective Kate Beckett, using his skills as a novelist to help solve every case that comes along. Now, fans of the television show can help Castle solve his next case in Castle: Never Judge a Book by Its Cover, a new hidden object puzzle game that’s actually really entertaining, even if you’ve never watched the show.

The creators of the television series have written the storyline here, and it shows. Never Judge a Book by Its Cover features a serial killer that is recreating great pieces of fiction with his or her victims. With crime scenes inspired by works like Frankenstein and Phantom of the Opera, every case becomes more personal for Castle, as each victim and potential suspect seems to have more and more in common with our hero. 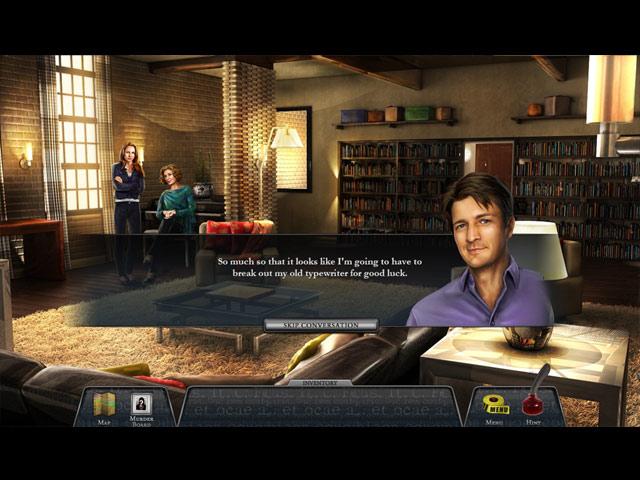 Players take on the role of Castle throughout the experience, but there unfortunately aren’t any true cutscenes or voice acting elements to be found. It makes sense that the on-screen talent wasn’t hired for the game, given the potential cost associated with that option, but at least the character models are really nicely designed.

The entire game has been given the most modern and realistic look as possible, down to the many dozens of items scattered in each hidden object scene. While these scenes come with great graphics as a result, most contain a few too many items to make them easy to complete. While simply staring at a junk pile and hoping to spot something is fine, players can also choose to hunt down items based on their silhouettes in a scene, rather than for words on text-based lists. Scenes are made even more complex still with the inclusion of slight interactivity in each, requiring the completion of one action before actually revealing the final required item. 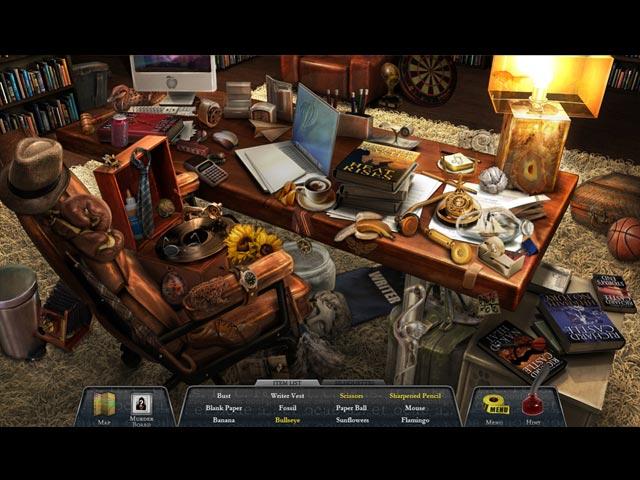 Given that each case takes Castle and Beckett all over town, from the police precinct and the morgue, to victims’ homes and of course crime scenes, navigation throughout the world is handled mainly through fast-travel on an in-game map. This map labels areas where tasks remain, which is a great touch considering the fact that some areas must be revisited time and time again as new tasks become available for completion.

You’ll encounter plenty of puzzles along the way, and while some are the expected patterned-button pressing or jigsaw puzzles, others are more unique. One, for instance, sees players rearranging file folders based on their colors and labels, while another asks players to play a game of Simon, by memorizing a pattern of lights to unlock a door. None of the puzzles are truly extraordinary, but there’s definitely more variety here than in most games in the genre.

The storyline is easily the most enjoyable aspect of Castle: Never Judge a Book by Its Cover. The game only makes a few assumptions about players’ previous knowledge of the show, and it’s never hard to keep up with the action. The crimes, victims, and suspects have been designed to form a great who-dun-it case that will see you trying to decipher what has happened right alongside the characters in the game. 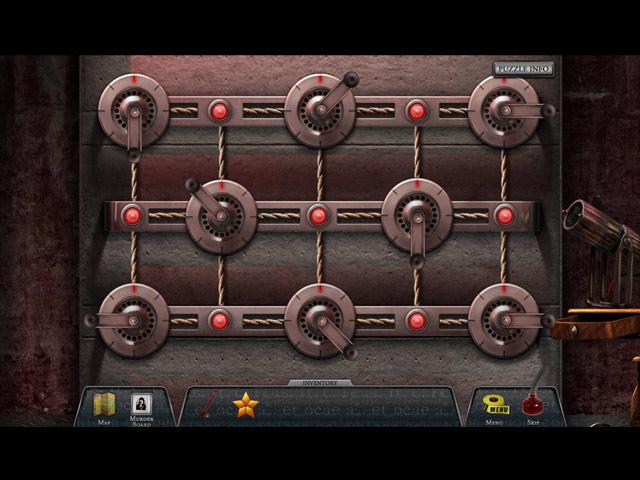 While Castle’s hidden object scenes may sometimes feel too cluttered, and a few puzzles may be pretty challenging to complete, there’s always the next clue or interview to look forward to that pushes players forward. The game’s graphics are spot-on, players are given two methods for actually completing scenes, and tasks are clearly marked to avoid careless backtracking. All of those elements have combined to form a really enjoyable, mature hidden object game that’s definitely worth the purchase, whether you’re a fan of the show or not.