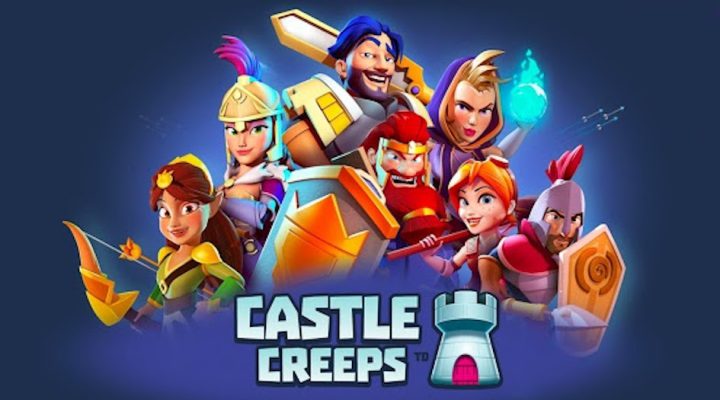 Each level is an ideal length

You’ll have played something like Castle Creeps TD before. It’s a fairly typical Tower Defense game, but I mean that with some level of affection. It’s distinctly flawed, but it’s also charming, ensuring its path as a fine reminder of just why the genre was once so popular. It’s a theme that could certainly do with some revitalizing again.

Don’t worry too much about the storyline here. Castle Creeps TD might try to draw you in by providing a simple story, but all you really need to know is that you’re the good guys, and the goblins and ogres are the bad guys. All of this is presented through some fairly cute visuals. Everything has a cartoon style touch to it. 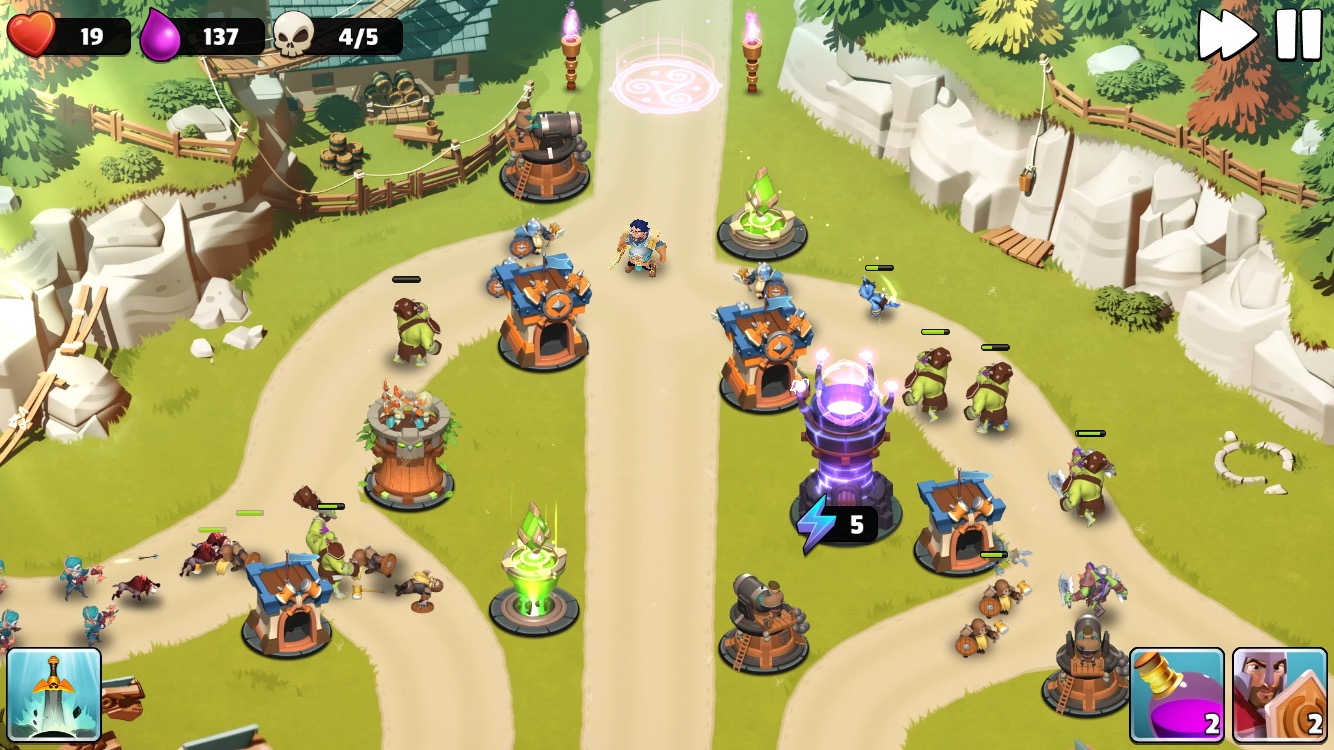 Each mission is fairly typical of the genre. You’re given some time to place towers, before beginning each wave of attack. Each tower comes with its own set of strengths and weaknesses. The key here is to keep them balanced, ensuring you’re capable of withstanding any form of attack. Each screen offers a series of choke points too, giving you reason to plan your defense wisely. Sometimes, you’re better off overwhelming one section rather than spreading yourself too thinly, for instance.

It’s familiar stuff, but Castle Creeps TD keeps you entertained by always giving you something to do. You can activate a special power via a magic tower if you’re in a jam, or you can use special heroes to ‘lead’ your troops. Each tower can also be upgraded, repaired, or sold depending on your needs. Of course, all of this costs resources which invariably require purchases to top up, but there’s more of that when you start digging around under the surface. 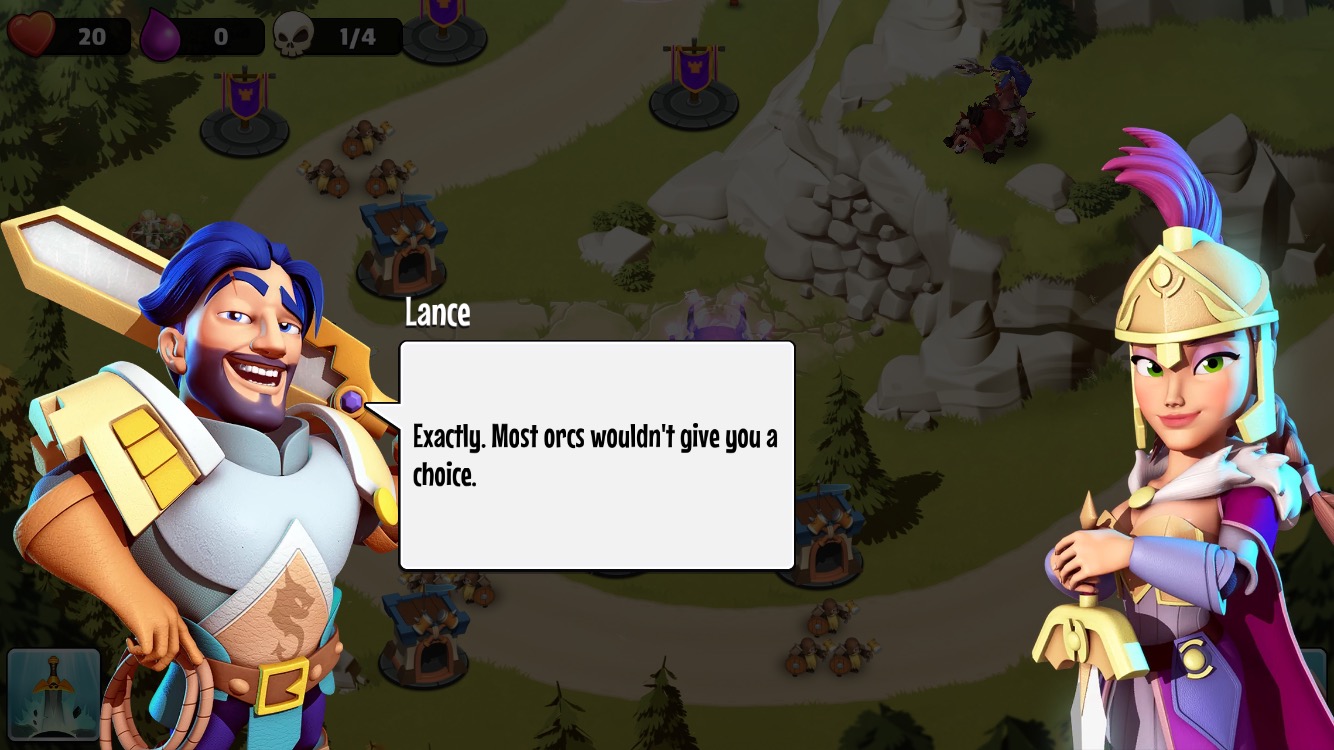 Each stage is fairly brief to complete, making it an ideal fit for mobile play. There’s still plenty to do outside of battle, too.

Tying into Castle Creeps TD’s heavy freemium nature, you can ‘unlock’ special chests which provide you with improvements to your heroes. In particular, many of these are on timers, meaning you’ll at least gain something for free simply by logging in every once in a while. You can upgrade towers through this method too, giving you some room to tweak things to your liking. The catch? It’s all fairly simple to do — until you reach a hefty difficulty spike in the game. Then you find yourself restricted to grinding like crazy, just to be able to survive the next stage. The hope, presumably, is that you’ll be hooked on Castle Creeps TD by then and be willing to do whatever it takes to move forward.

Odds are, though, you won’t feel that draw just yet. Castle Creeps TD is fun, but it’s not exceptional. It’s going to be pretty easy to simply enjoy what’s there without feeling the urge to pay up. Once you hit that spike? It’s probably time to move on. Things get expensive and time consuming otherwise, and Castle Creeps TD isn’t quite worth the investment.

Castle Creeps TD might be a fun reminder of why Tower Defense is such an enjoyable genre to play, but it’s also a reminder of some of the less kind elements of free to play. It’s these which are going to stick in your mind in the long term, rather than the enjoyment you had before they set in.

Queen’s Quest 3: End of Dawn Review – Way of the Wizard