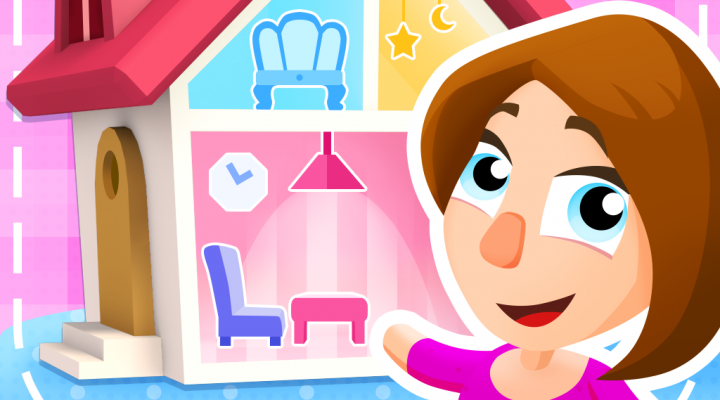 The ability to add seasonal decorations, getting you right into the festive spirit.

Castaway Home Designer will feel instantly familiar to players of Castaway Paradise, as it acts as something of a sequel to the popular mobile island life game. In fact, if you’re familiar with its inspirations, you won’t be too surprised to learn it’s similar to the relationship between Animal Crossing: Wild World and Animal Crossing: Happy Home Designer. Instead of living out a day of programming on The Outdoor Network, you’ve changed the channel to Home & Garden Television. Same owner. Same structure. Slightly different audience.

For fans of Castaway Paradise or the Animal Crossing games, Castaway Home Designer will likely become a fast favorite. At the very least, it’s likely to earn a temporary spot on the home menu. The folks over at Stolen Couch Games certainly put a lot of effort into making sure that the Castaway Home Designer has the kind of depth players can really sink their teeth into.

With at least 1,000 different items to collect and use to decorate the interiors of the homes, shops and gathering sites of your village there’s a lot of variety in Castaway Home Designer. Completing the objectives for each building adds an impressive layer of challenge to the game. The challenge only increases as the number of buildings you are responsible for decorating and furnishing increases. If you’re looking to maximize returns, meeting the objectives in style still won’t be enough. You’ll also need to really get to know the unique preferences of each building owner/inhabitant.

However, in exchange for this variety and depth, Castaway Home Designer does ask for a lot of patience. For those who like to rush right in and move things along quickly by dedicating solid chunks of time a game, it can seem like a superhuman amount of patience that’s being demanded. The issue here lies with the game’s structure.

There are two in-game currencies at play in Castaway Home Designer: blue gems and pearls. Blue gems can help you unlock new buildings and can be used to buy additional items to decorate these buildings with — so long as the items are already unlocked. Like in many games – Clash Royale, RollerCoaster Tycoon Touch, even Tiny Striker: World Football — items are unlocked as cards through card packs. Card packs are purchased using pearls. This all seems pretty standard, right?

Where things become slightly more frustrating is that while blue gems collect fairly quickly (so long as you’re keeping building occupants happy), pearls collect slowly, meaning booster packs can feel hard to come by. Within the game itself, pearls are earned through completing objectives (as are booster packs). However, without pearls to buy booster packs it can be really tough to meet these objectives, particularly given the variety of items in play. With 1,000 different items that can be unlocked, the odds of receiving a rare pink item or a common green can seem roughly the same as winning the 50/50 draw at the local high school football game.

It’s true you can collect additional pearls by watching ads, and that buying additional copies of already unlocked items can help you reach objectives. Unfortunately there seems to be some issue with the ad system being used in Castaway Home Designer; ads don’t load consistently (and thus you don’t get your pearls), and buying duplicate items doesn’t exactly come cheap. It’s also possible to buy pearls through in-app purchases, but when each booster pack costs $2.79, those can really add up very, very quickly.

Again, none of this is a major issue if you have either a lot of patience, or a moderate amount of patience and some cash to spend. If you’re enjoying playing designer and the game’s overall experience, it’ll be well worth it. It’s just that when it comes to reaching simulation game players that have maybe never given Castaway Paradise or Animal Crossing Happy Home Designer a try, it definitely puts the game at a disadvantage when compared to other recent simulator releases (like RollerCoaster Tycoon Touch).

Overall, Castaway: Home Designer is by and large enjoyable enough. It looks good, though it would be nice to have the ability to rotate the view. It performs well on a variety of iOS devices (Android users will have to wait until later this year for their turn to give it a try). The variety of items gives the game a fun, quirky feel, and players have a chance to be both practical (meeting objectives) and creative. Still, unless you’re really into its very specific type of simulation experience, it’s not entirely clear whether with the generally slow pace of the game it’s great value for your investment of time and (quite likely) money.