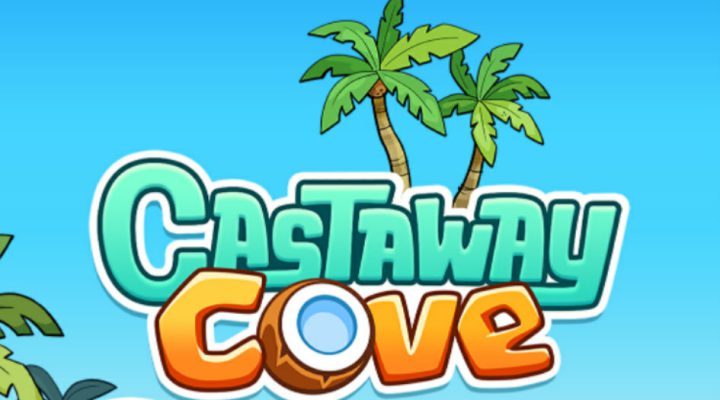 A more in-depth clicker than most.

Won't be to everyone's tastes.

Castaway Cove is a game that encourages you not to play it. Leave it idle for a while and you’ll come back to all sorts of special rewards. Spend them on upgrading your village and fixing your ship, then pop your phone down again and let the inhabitants of your islands get on with their work.

There’s a little more depth here than in your usual clicker though. There are plenty of challenges to complete, and the rhythm of some of the play is closer to a midcore base-builder than it is to your more standard idler formula.

And that extra depth certainly makes the game worth checking out if you’re a fan of the genre. You’ll want to push on, you’ll want to upgrade all of your buildings, and you’ll want to see what else the world has to offer after you’ve earned enough sand bucks. 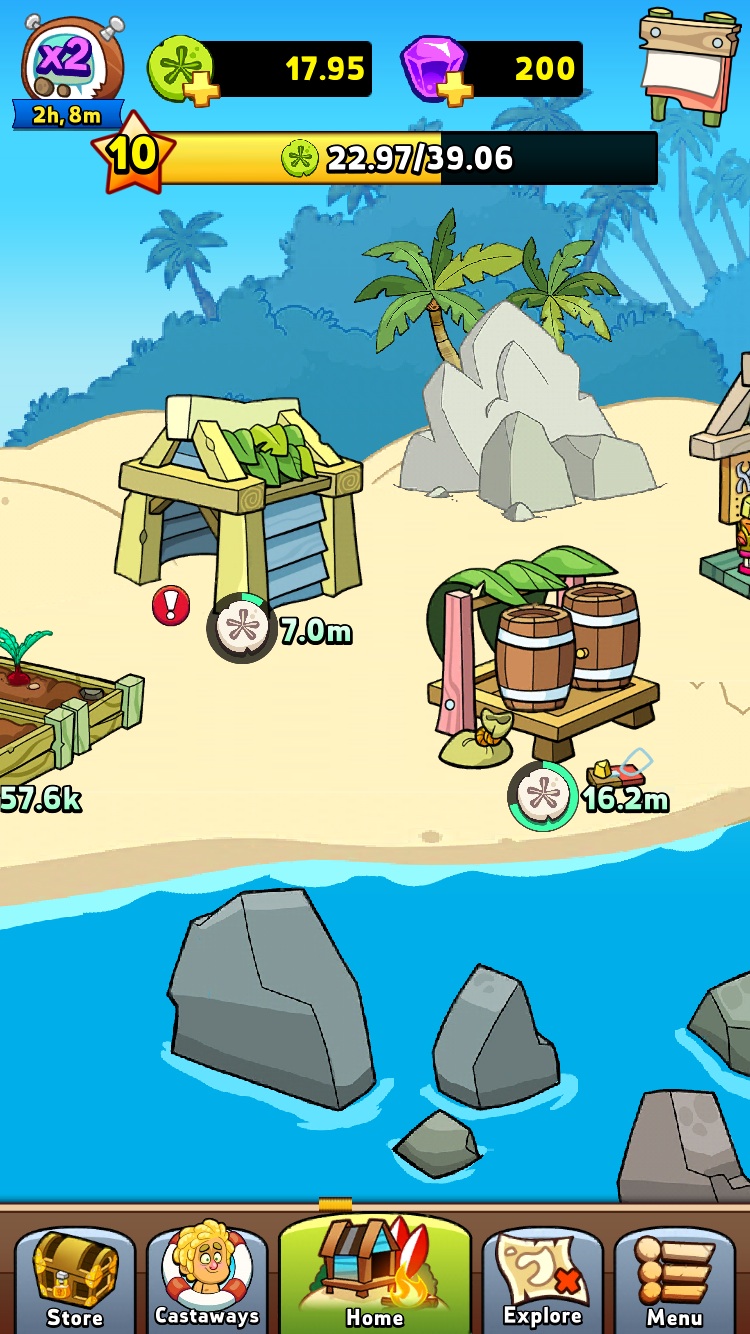 The game begins with you being shipwrecked on a desert island. After a brief story, involving a fellow castaway who’s gone a bit crazy and a talking parrot, you’re dropped into the experience. You tap a well for a bit, earn some of the game’s currency, and then start to build.

You’ll add more buildings and structures to your little camp as you play, ranging from a pier to a generator that’s powered by skittering crabs. Each new structure earns you a little more money. Interestingly though you only earn extra money with taps by tapping a specific building.

So if you’re mashing a finger into the well, you’re only earning extra cash from that structure, rather than from your whole enterprise. It means pushing on and building more will open up an ever expanding pool of resources for you to splurge on other things. 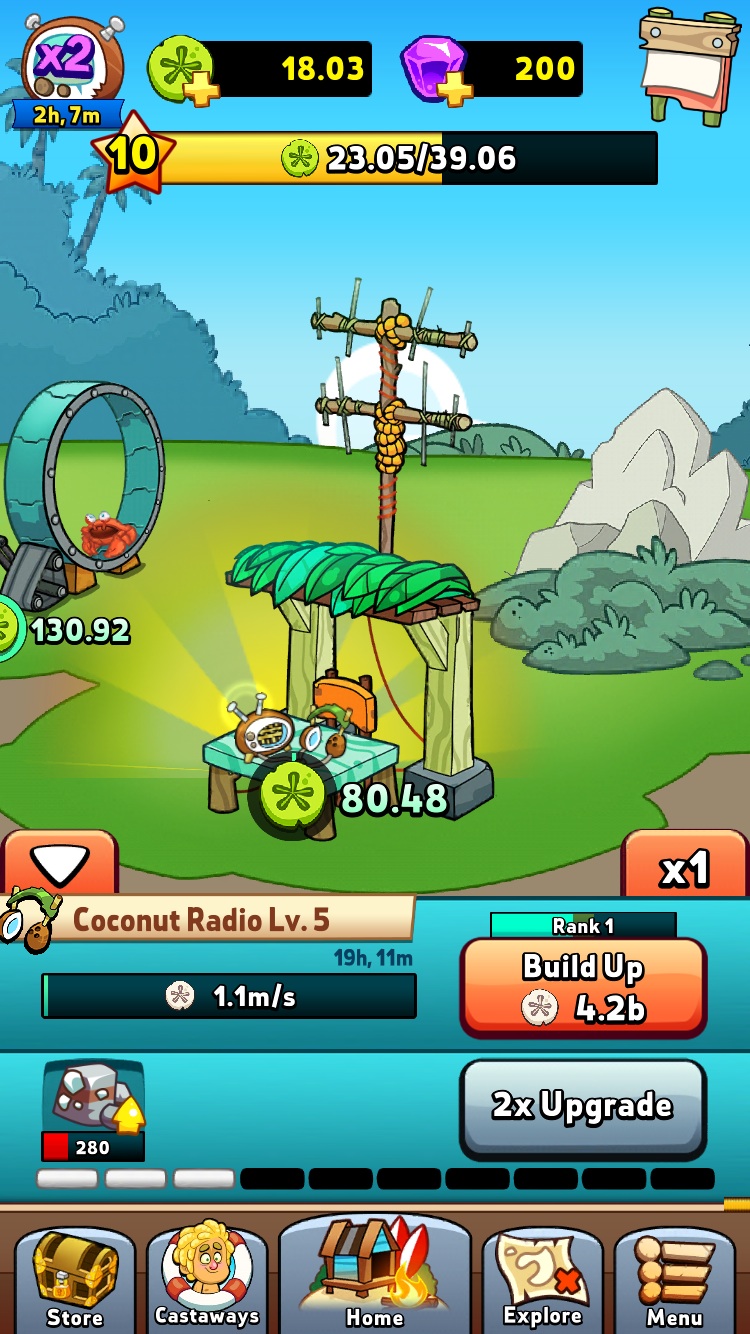 There are more resources to collect as well. You’ll find more castaways as you play, and you can set them to chop wood, mine for rocks, and more the deeper you get into the experience. These resources can be spent on doubling up the production of your buildings, as well as repairing your shattered boat.

And that’s not all. Every now and then you’ll complete challenges, level up your habitation, and unlock other new things to play around with. New lands get unlocked, new resources are there to be farmed, and all in the name of sucking in more money left right and centre.

Even with all this extra stuff going on, Castaway Cove isn’t the sort of game you’re going to spend hours playing. You’ll dip into it every couple of hours, build some new things, mash the screen for a bit, and then put your smartphone or tablet down and go and do something that’s a little more fulfilling. 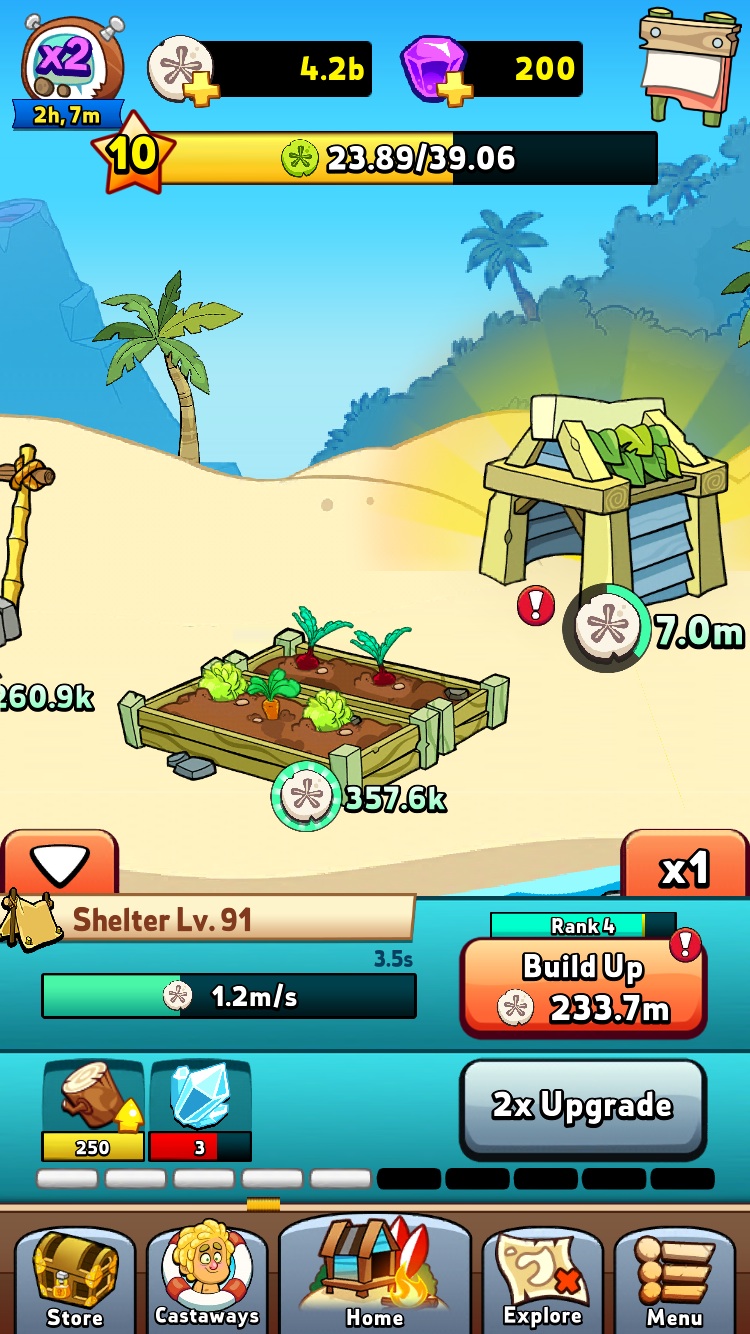 Castaway Cove is an excellent example of that most mobile of games. It’s a snack, and it knows that’s all it is. Sure it might be more like an apple than a couple of bites of a chocolate bar, but in the end it’s something that’s going to sate your gaming hunger for only the briefest amount of time.

And if that’s all you’re looking for, then this is as good a place as any to start. It might not have the more satirical nature of some of the other clickers out there, but it’s got its heart in the right place, and it understands that compulsion to watch your numbers go up.