Cargo! – The Quest for Gravity Review 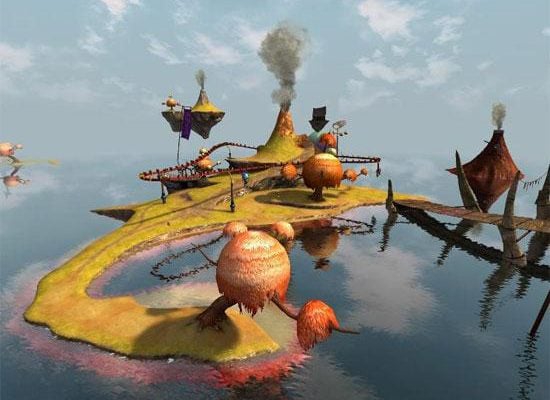 You’ve never played anything like Cargo! – The Quest for Gravity before.

Trying to explain what Cargo! – The Quest for Gravity is all about is most likely on a par with trying to define the meaning of life. Nothing about this game makes even an ounce of sense, and it’s the kind of experience that you will not forget in a good long while. Put simply, Cargo! is quite easily the craziest game we’ve ever played.

Of course, mental does not necessarily equal enjoyable, but fortunately Cargo! presents just enough agreeable gameplay that you’ll have a blast outside of the insane too. With vehicle crafting and lots of tasks to complete, this is definitely worth checking out, although some may find the game’s sense of progression and explanation a little too vague. 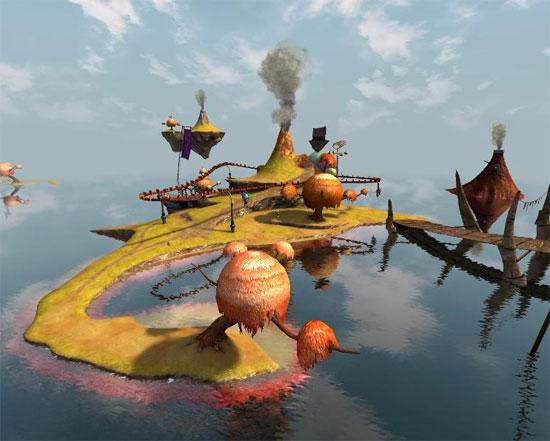 The Gods are not happy. They have created a new world, and filled it with strange, short, naked creatures called Buddies. Unfortunately, there’s just not enough Fun in the world to keep the Buddies entertained, and instead they’re going off and killing themselves via various Lemmings-like methods.

You are one of the world’s only remaining human survivors, and you have been tasked with bringing Fun back into the world. You do this by the most bizarre methods possible, including kicking Buddies into orbit, throwing pianos (that originally fell from the sky) into big wormholes, and racing around in hand-crafted vehicles.

Nothing in the world of Cargo! makes any sense whatsoever, which is a huge source of intrigue throughout play. Where are we? Why are there small, naked men everywhere? Why does kicking them make them happy? Why do they float off into the sky? Barely anything is ever answered, but then again, the game would probably lose its edge if answers were provided.

As you generated fun, you’re then able to buy vehicle parts from the Gods and build some wacky contraptions. In the beginning you’ll be putting together boats and jetting off around the island to see the surrounding areas. Building is fun, and even if you’re not into such creative aspects, you can simply choose blueprints and build things instantly. 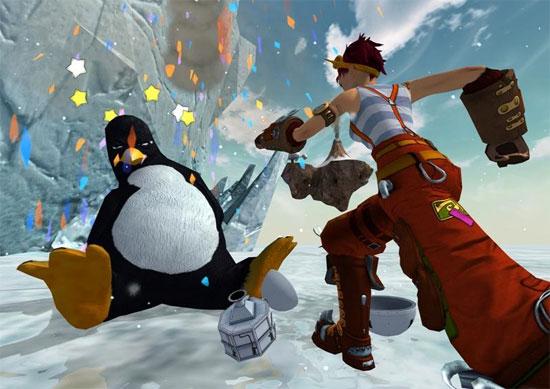 As you complete objectives, the island and its surroundings will change, and the story is branch out in the most ridiculous ways possible. Seasons change, offering different ways to get about and different enemies to defeat, and new parts become available for building your crazy contraptions.

Cargo! is hilarious fun, and definitely the kind of game you’ll be describing to every friend who will listen. However, it’s wackiness also has a downside, in that a lot of the time, you’ll have absolutely no idea what you’re meant to be doing. Occasionally you’ll be told ‘explore the island!’ rather than being given a specific task, and you may well explore for a good while before actually finding what you’re meant to be looking for.

The vehicle crafting is also not used well enough. You can usually get away with just building simple contraptions, and the game never really pushes you to experiment with all the different parts and put together ridiculous machines.

We’d also have loved to have seen multiplayer included. There are plenty of elements from the story that could have been turned into an online mode, with racing and even simply exploring. Hopefully we’ll see an update in the future.

The fact is that you’ve never played anything quite like Cargo! – The Quest for Gravity, and most likely you never will ever again. It’s charming, crazy, and will continue to buzz around in your head well after you’ve stopped playing.