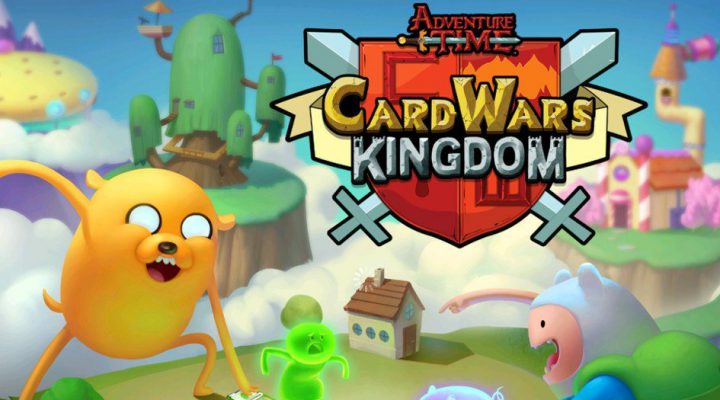 Great recreation of the humour of the series.

Highly polished and a lot to do.

Can get a bit grindy.

While we may have enjoyed our time with it here at Gamezebo, there’s no denying that the original Card Wars had some problems. Namely that it was a free to play game wrapped up in a premium shell. Anything that you pay upfront for that has an energy system is going to cause at least some ructions. Card Wars Kingdom, on the other hand, wears its free to play mechanics on its sleeve and is all the better for it.

There are new additions to the template as well, which all come together to create an interesting casual card game that, while it might still have flaws, is actually an awful lot of fun to play. It’s bright, it’s breezy and it’s got that Adventure Time humor running through every aspect of it. 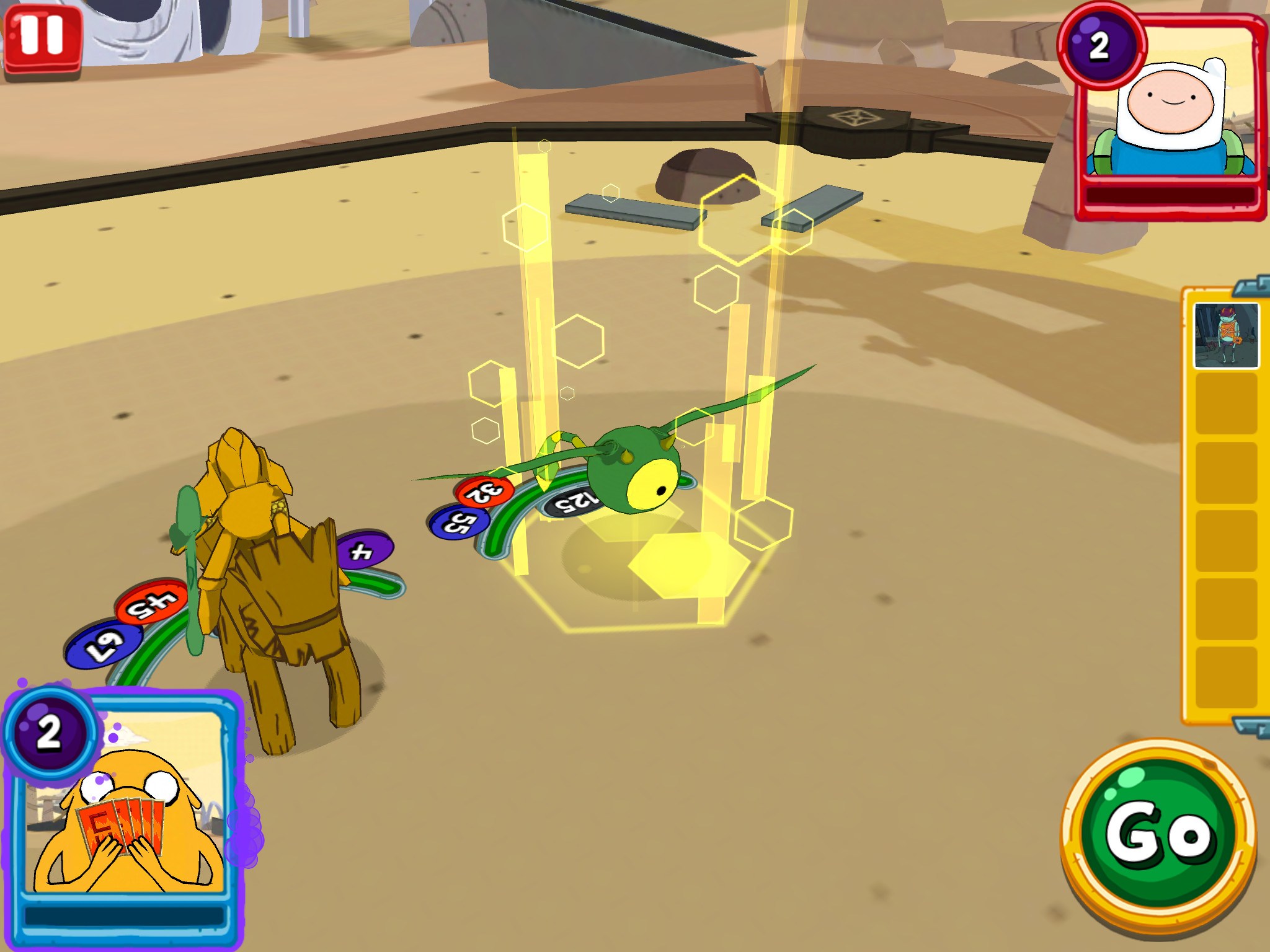 As you might be able to guess from the title, the game is all about fighting with cards. You start out with a simple deck and add to it over time through a variety of mechanics. The main aim of the game is to whomp all of your opponent’s creatures before they’ve had a chance to knock out yours.

There are a number of different cards at your disposal to do this with. Creatures are essentially your front line of defense; summoning them lets you attack your enemies directly, but when they’re all defeated it’s game over. You’ve also got spells, landscapes, and a variety of boosts and buffs to throw into play.

The controls are all drag and drop, and they work pretty darn well. You can get extra information about pretty much everything on the game board with a couple of taps, and while the game doesn’t hold your hand, it’s forthcoming with everything you need to know to succeed. 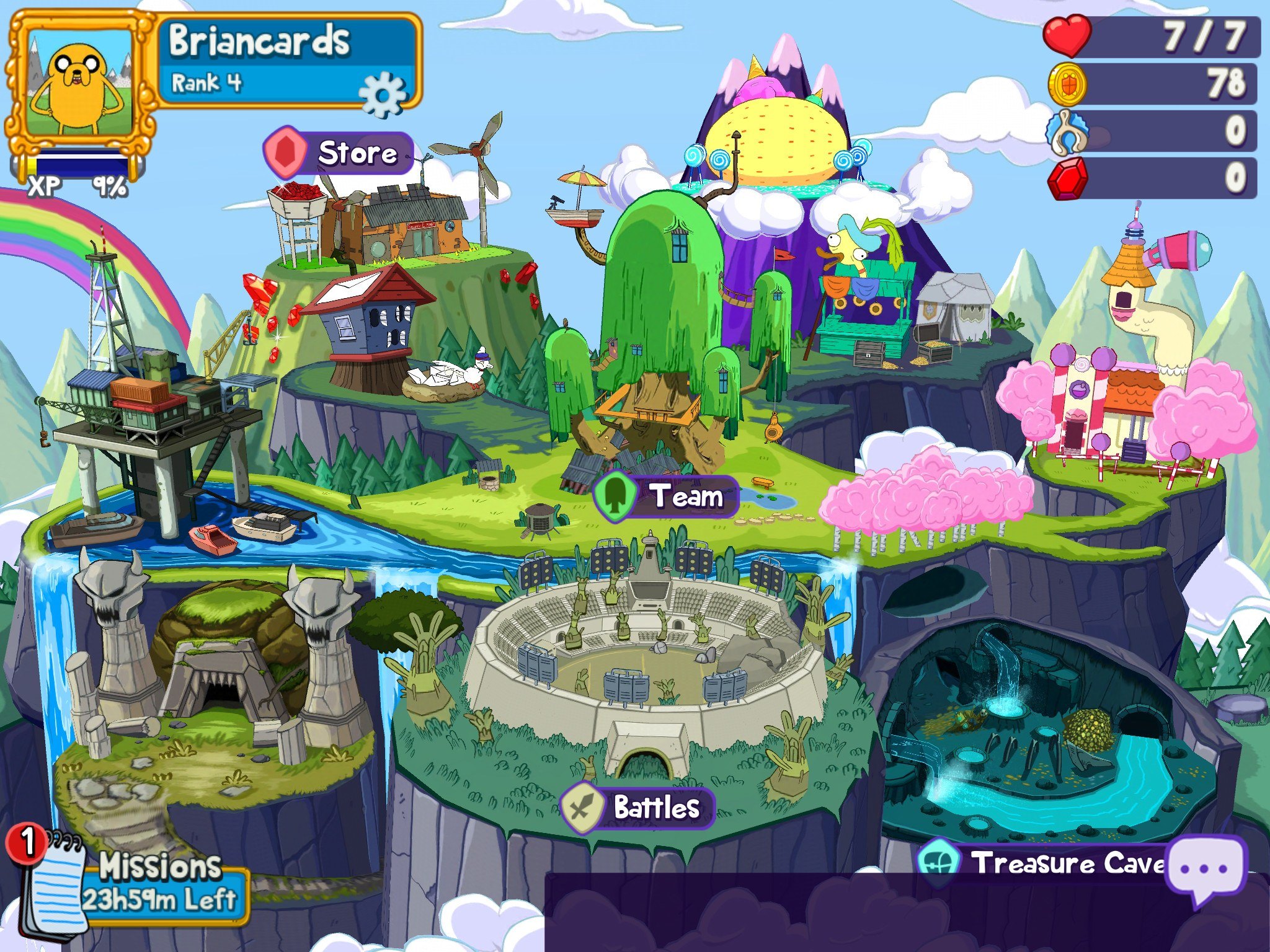 There’s a surprising level of tactics here as well. You can choose from multiple different deck types at the beginning of the game, depending on how you want to play. And you can only take five creatures into battle with you, so as you build a stronger collection of cards you need to pick and choose to make sure you’ve got the right balance of fighters in your hand.

Battles are fast and reasonably furious, and while they might not have the depth of something like Hearthstone, there’s a punchy rhythm to everything that means you’re unlikely to get bored even if you’re used to a more complex card-laying system.

Add to that the cartoon brightness that permeates pretty much every aspect of the game and you’re left with an experience that’s aimed perfectly in the center of the card-scrapping genre. It’s not too heavy, it’s not too light, and there’s something for most people to enjoy here. 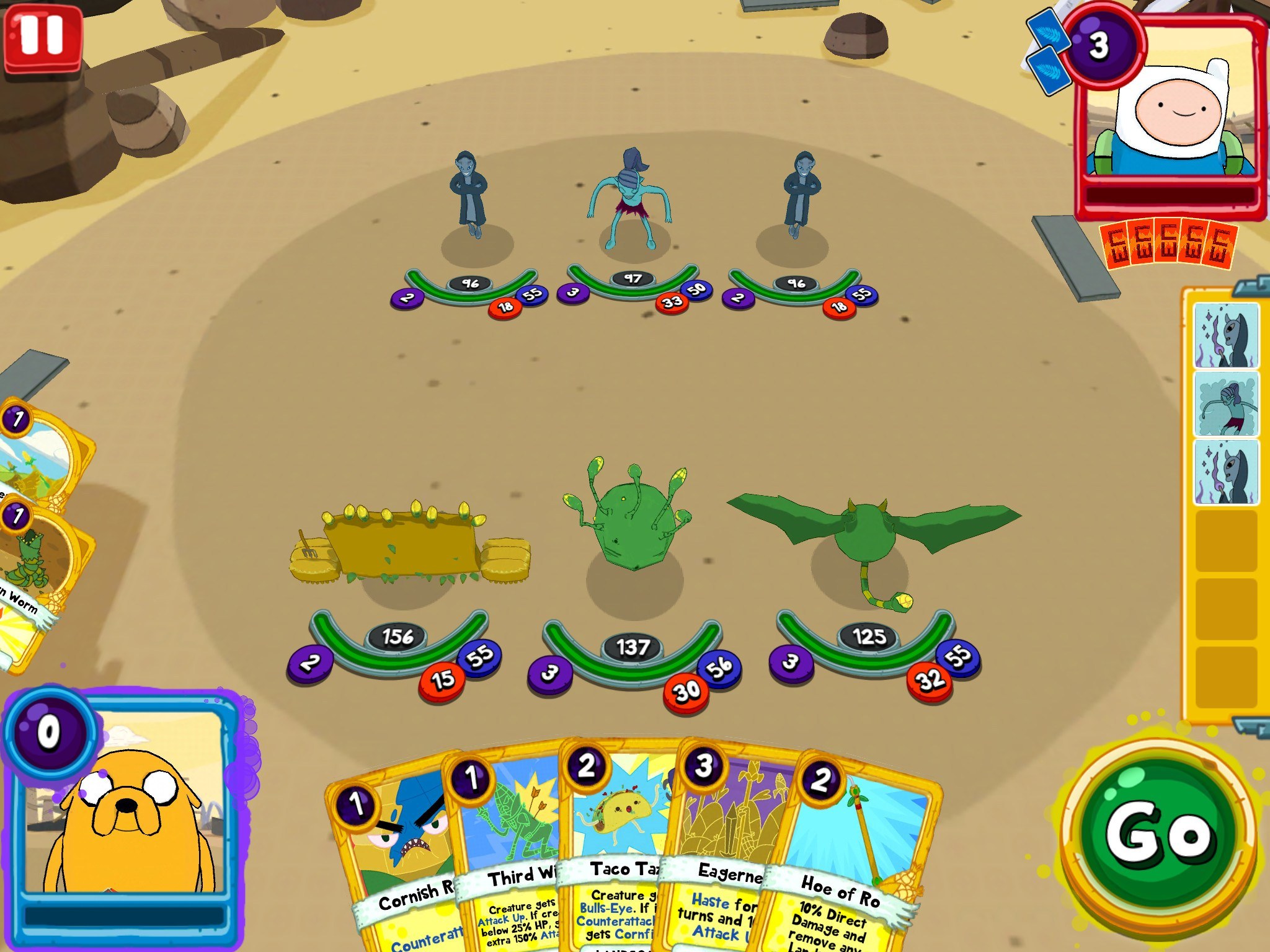 Like I say though, it’s not without its niggles. Things can get a little bit grindy after the first hour or so when the free to play mechanics kick in, and the energy system in play here often pulls you back just when you’re really getting into the meat of things.

But on the flipside of that coin you’ve got some excellent PvP modes, a whole chunk of content to work your way through, and a bunch of innovations that lift the game above its predecessor.

Yes there are more engaging and better thought out card games for your phone or tablet, but few of them have the level of polish that Card Wars Kingdom can boast. It’s funny, it’s fast, and while it might not be the freshest game out there, there’s more than enough going on here to keep you coming back for more.