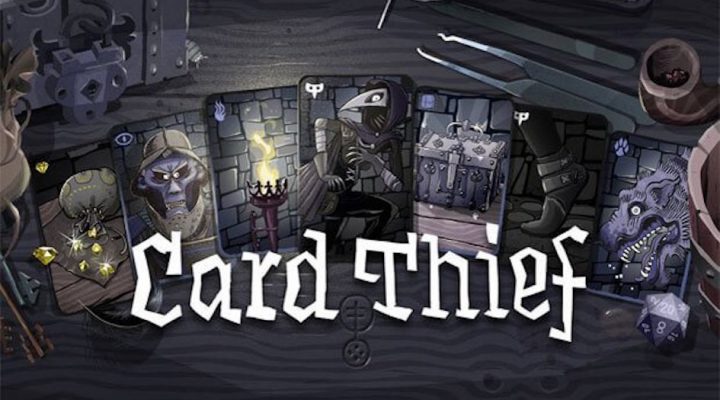 Plenty of depth and strategy

Endless play to an extent

Takes a while to unlock new stuff

Tutorial could be clearer

From the makers of solitaire-meets-dungeons game Card Crawl comes Card Thief, a spiritual successor with a different twist. This time around the approach focuses more on stealth than dungeon crawling. Much like before, it’s a potent mixture of popular genres, but it is a little samey. You’ll forgive it mostly, but expect to be grinding through it for a while to truly see results.

A tutorial initially guides you through the paces and teaches you the very basics. Each game offers a line of 3×3 cards. Your goal is to move your thief around the arena, dodging enemies, while picking up gold and treasure chests. You’re given a set number of cards before the exit appears and you can escape with your loot. 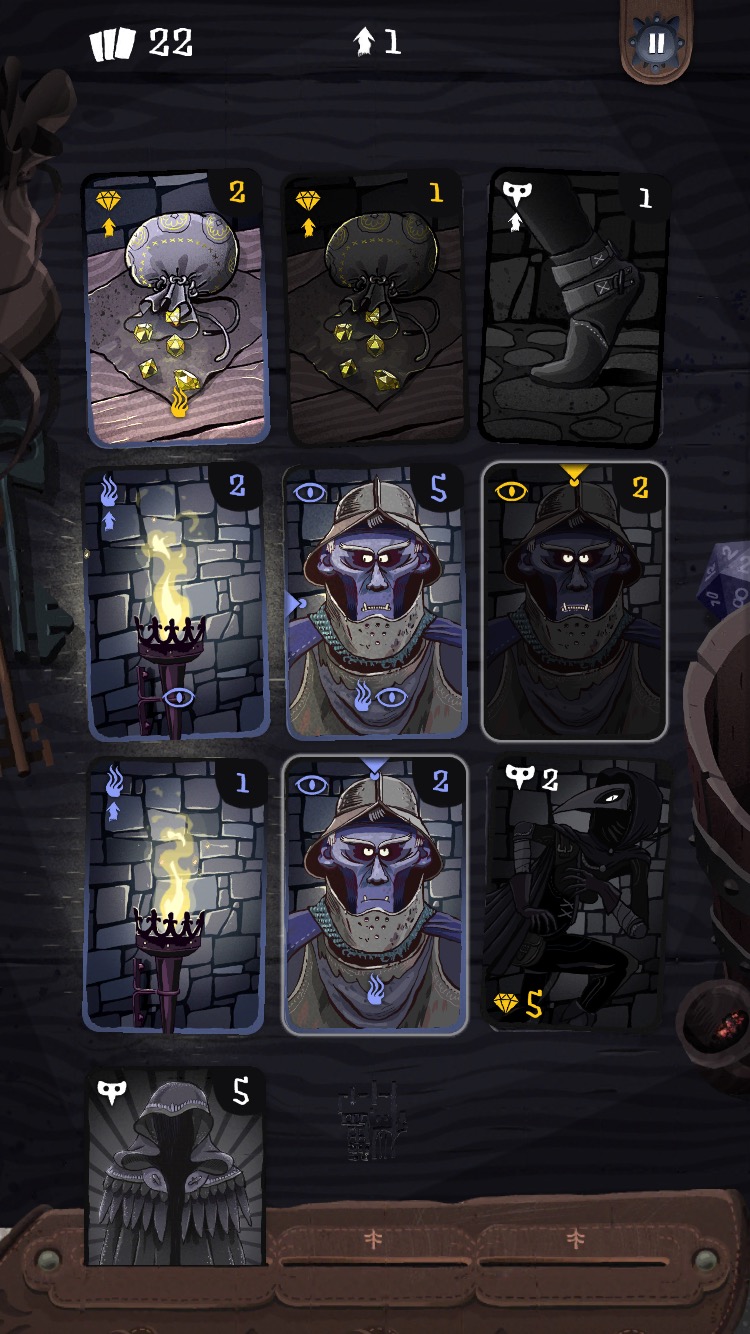 It’s a simple concept, but there’s a ton of depth here too. In fact the tutorial is a little vague at times with things, practice is really the only way to make perfect. As you play, you’ll learn about the different card types involved. Holding a finger down to each of them highlights their role. You start out with 10 stealth points, giving you a chance to dodge enemies. The key here is that the price of moving goes up or down depending on what enemies you encounter. Torches play a valuable role. with lit ones illuminating the area and making sneaking around trickier. To your advantage, however, are barrels that can be leapt in to, thereby restoring your stealth points. You can also gain power-up cards along the way, such as a boost to your stealth.

Each game is a matter of carefully finding the right path to negotiate. Picking up treasure is important, but so is surviving until you run out of cards. Moving around involves taps on each card rather than swipes. It’s something that feels awkward on a phone so dependent on swipes, but you get used to it. On the plus side, it encourages that sense of thinking through each move carefully. There are no timers here, so you can play it extremely carefully if you want. 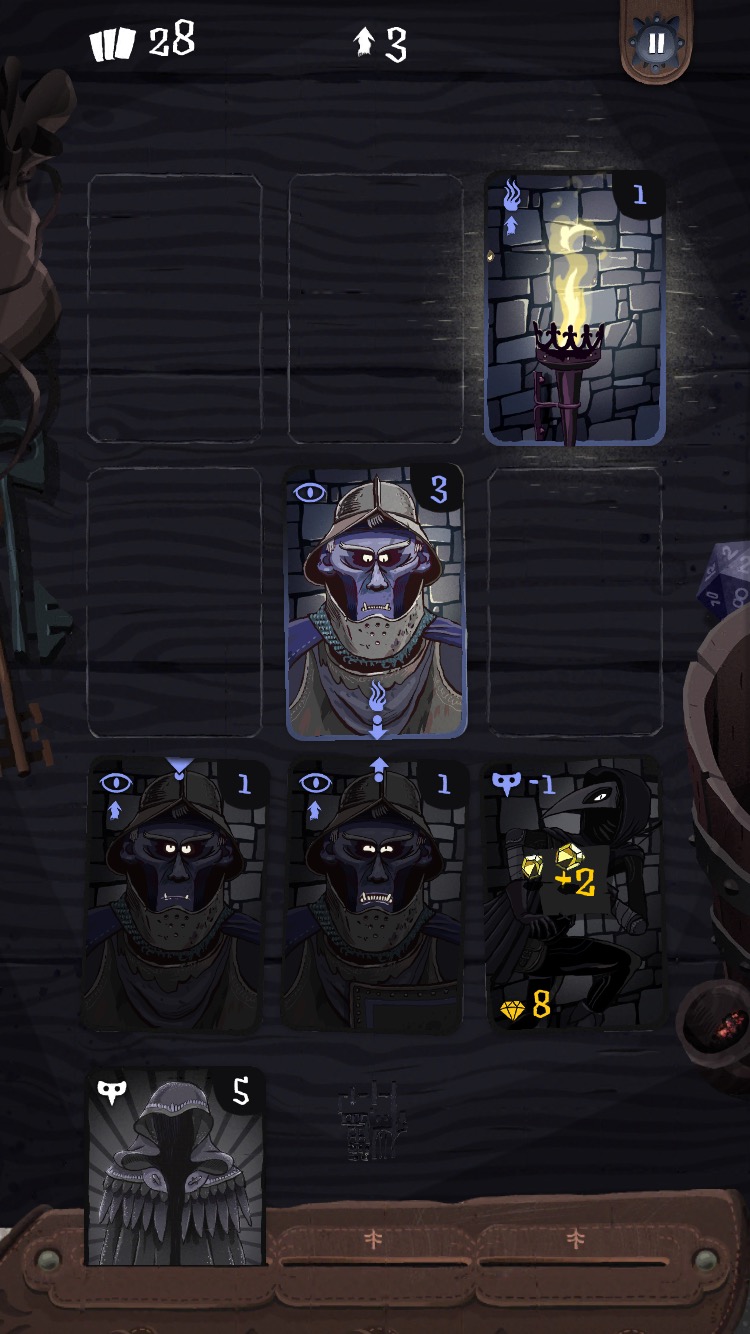 Odds are though, you’ll be keen to move forward. Not least because you’ll be playing a lot of sessions before you get anywhere. Each time you retrieve a chest, you earn the chance to unlock items that go on to unlock extras within the game. It’s not a fast process though, meaning you’re going to be playing this for a while to come. Not that this is the kind of game that needs an end game exactly.

A more pivotal issue is that Card Thief often feels a little too random. You have to select a minimum of two cards to play during your turn, and sometimes you’re going to really want to take just one card at a time. Throw in the fact that the draw is random, some levels might feel very easy to complete while others are far too tough to get very far in. That’s a curse that befalls almost all card games, so it doesn’t disrupt the fun that can be had too much. Be aware though, if you’re an impatient sort of player.

Overlook such issues and Card Thief is mostly pretty fun. It might get repetitive if you play it for too long, but the initial draw (pun not intended) means you’ll soon be quite endeared towards it. Even if it does take you a while to unlock any equipment upgrades.