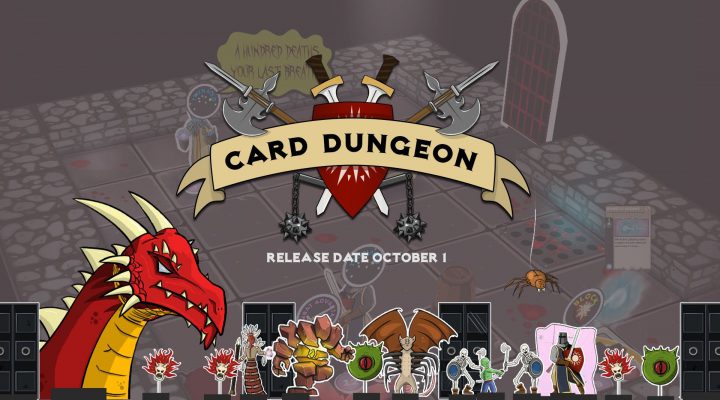 Awesome looking approximation of a tabletop fantasy RPG, but with better special effects.

Not much in the way of customization or personaliztion.

Lacks a story or any connection to the character, so it's like a gaming exercise.

Feels like it needs more - of just about anything.

Once upon a time, there was a browser game called Card Hunter that approximated playing a tabletop RPG-style board game. It was fun, reviewers adored it (this reviewer did, anyway), and all was right with the world.

Card Dungeon is not that game. That might be obvious because the titles are 50 percent different, but the comparisons are inevitable because they look so similar, at least at first glance. In truth, Card Dungeon is a different beast: a fantasy roguelike with board game trappings that makes for its own, ultimately less compelling challenge.

Who is your hero to tackle that challenge? A nameless crusader, armed intially with just a few cards and zip, zilch, bupkus, as the game puts it, in terms of weapons or equipment. Anything he needs, he’s got to get from the procedurally generated dungeons. 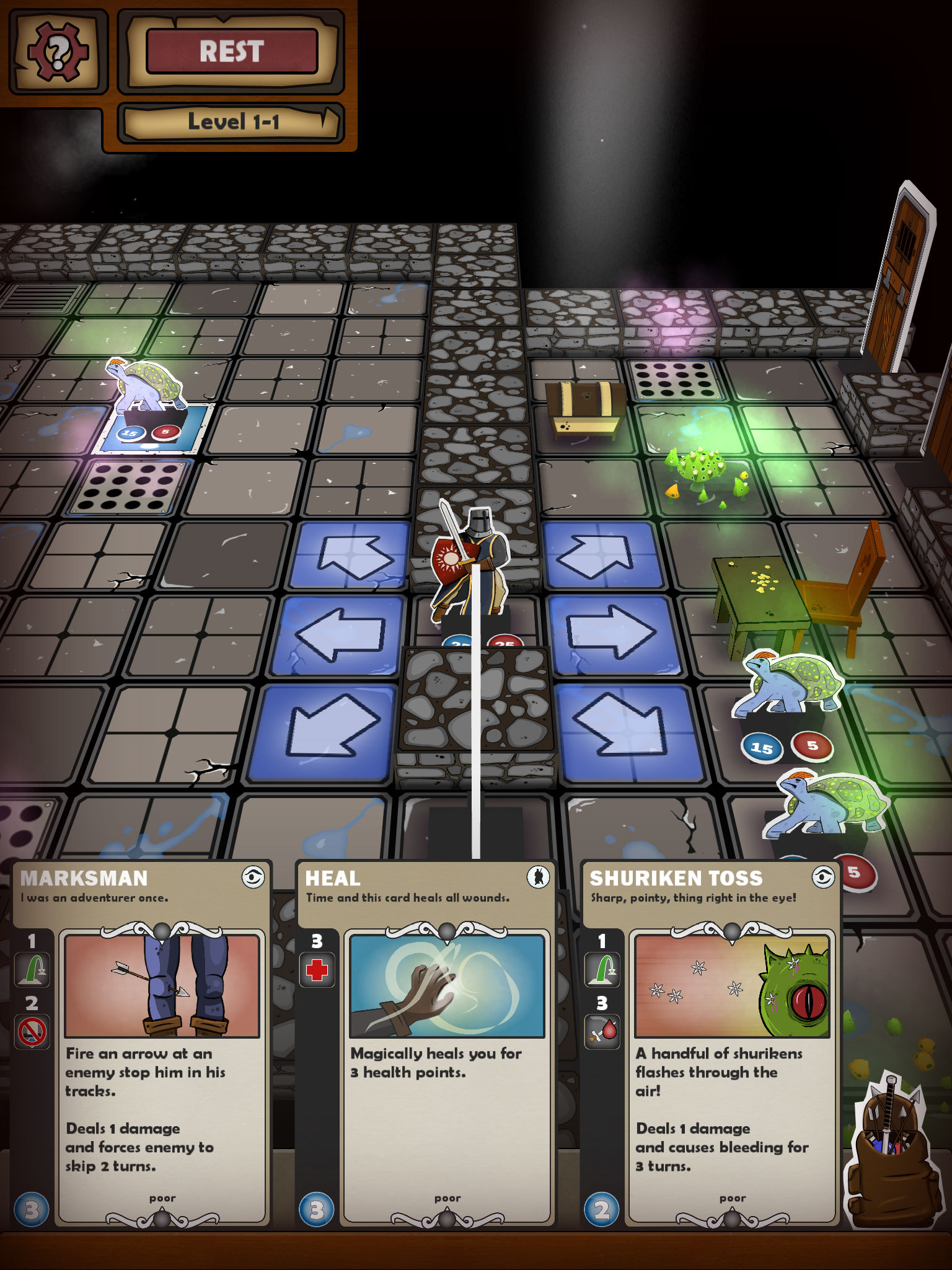 Naturally, cards are at the heart of his efforts. They can be attacks, spells, traps, buffs and more, and they come in a wide and entertaining variety. Your hero can find them as drops from defetaed foes, in chests and just randomly laying around. Cards come in five strength levels (Poor, Common, Fine, Superior and Elite) that make their effects increasingly powerful.

The strategic aspect of cards is that they all degrade with use, and you can only have three equipped at a time. As a result, every time you encounter one, there’s always a choice to make. Do you replace that Depth Beast spell, even though it’s awesome, knowing you only have one or two more uses of it and don’t want to be caught out there without anything in that slot? Or do you roll the dice and hope that next monster you kill has something worthwhile?

Your actual exploration of the dungeons proceeds strictly turn-by-turn, with the monsters taking a turn after each one of yours. That allows tactics to come into play, as you can set traps and anticipate monsters coming for you. Unfortunately, monsters you summon or take control of aren’t as reliable, often throwing monkey wrenches into your best-laid plans. 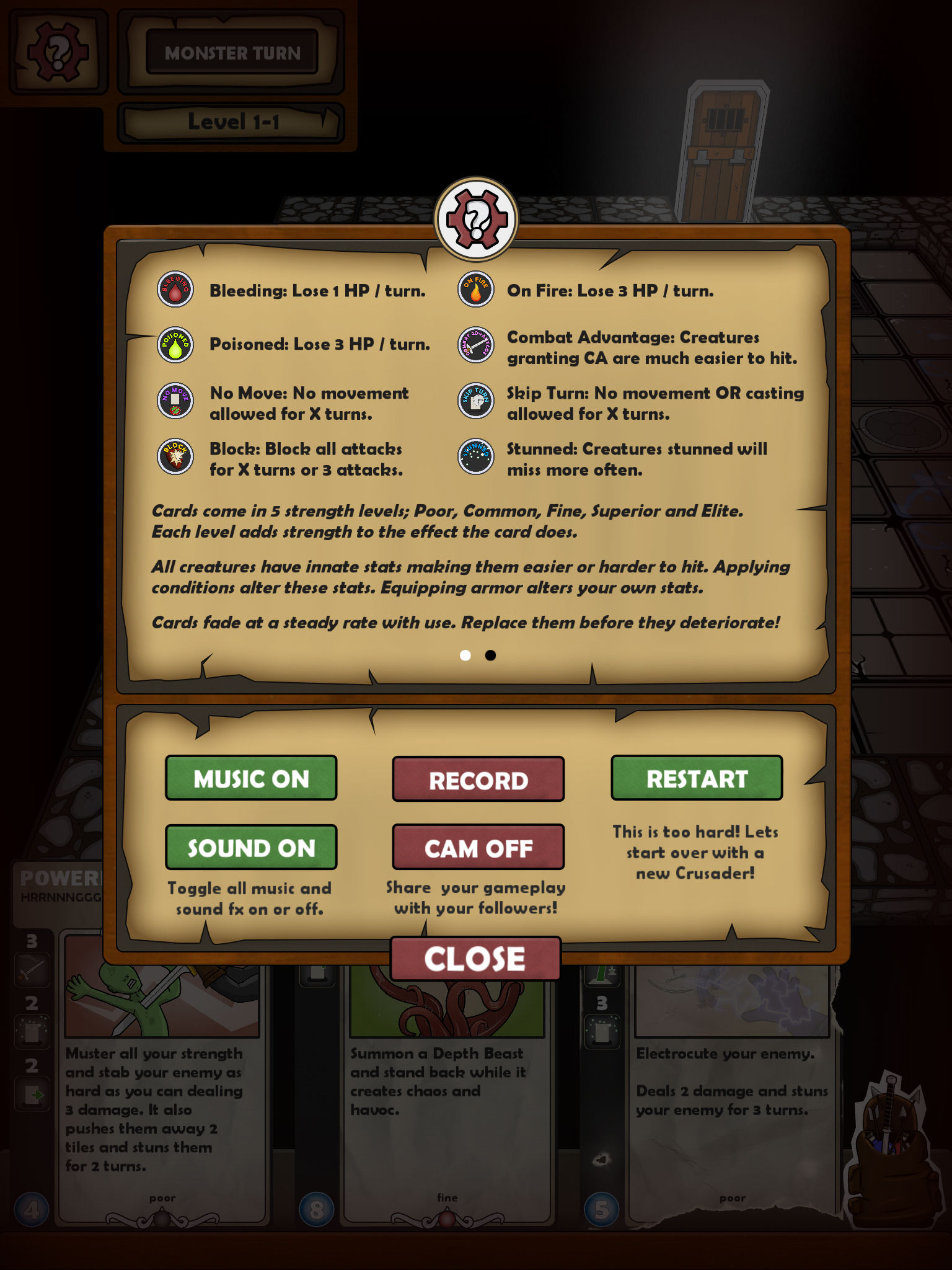 Along with cards, you can find gold and gems to be spent in the store between quest chains, as well as armor (makes you more difficult to damage) and weapons (which add more oomph to your attack cards). Like any good fantasy RPG, treasure chests and random areas of the dungeons can also hold traps and other nasty surprises.

All of the action takes place in settings that are actually much nicer and more alive than the boardgames they emulate, unless you know of a tabletop game that has actual dripping water and lighting effects to add ambience to its dungeons. Your crusader and all the foes he encounters resemble little cardboard figures, and the cards appear just the way you’d expect cards in a fantasy trading card game to look.

None of that is a problem. The thing is that Card Dungeon constantly makes you wish there was something more: a story, maybe (though what bits there are have some wit to them), a way to customize or even name your crusader (you can choose different traits, but only by unlocking them with gems you find in the dungeons first), additional gameplay modes or … just anything, really.

Card Hunter has some of those other aspects to it, and while it’s always preferable to review games in a vacuum, it’s almost impossible to do that here because one look at the games side by side and you’re going to be comparing them. Card Dungeon has the same aesthetics, but nowhere near the same depth and humor, and unless you just really like the idea of a roguelike in the shape of a tabletop game, it’s quite possible you’re going to be disappointed.